Mike Mezeul II, an American adventure photographer and photography geek, used a Nikon D810 body and Nikkor 14-24mm lens to capture this amazing picture at ISO 2500, f/2.8, and 25 seconds, the Moon, the Milky Way, a meteor, and blazing magma all in one photo. “I was literally in shock. It was my third frame to shoot after the sun had set, and after I saw the meteor, I knew I couldn’t beat that image, so I packed it up and headed back.” The daring and lucky photographer told The Huffington Post. Mike Mezeul II hiked about 13 miles in Volcanoes National Park on the Big Island of Hawaii and had only a few seconds to shoot for high temperature. 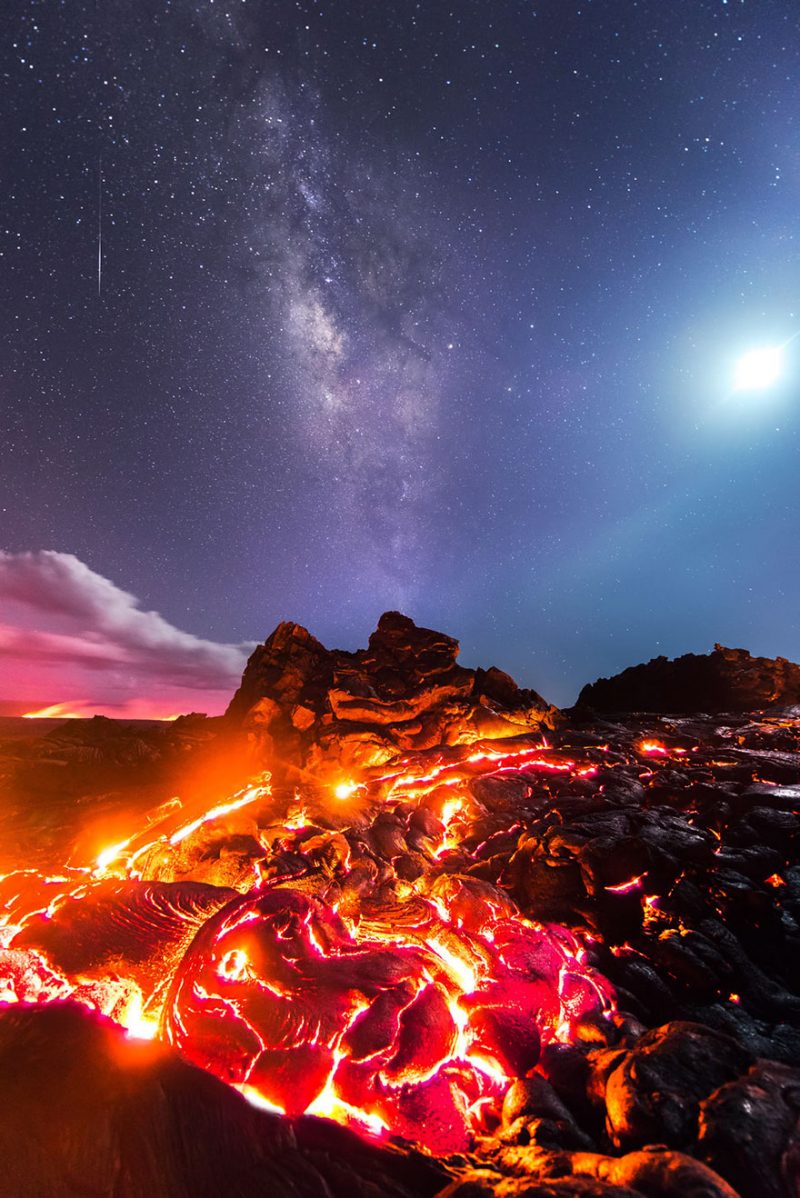 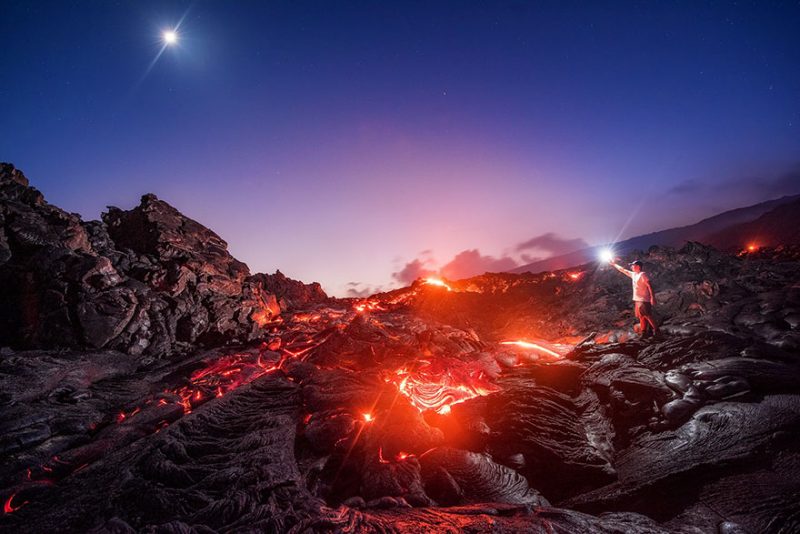 Germany Around 1900 - Beautiful Germany before the two World Wars
Top 10 Of The 2016 National Geographic Traveler Photographs Competition
Moment of a cheetah catching a muddy fish
Photo collection of optical illusion
Slow motion video of vinyl record's needle sliding over the record at 1/400 speed under electron mic...
Beautiful and intimate animal portraits shot by Ukrainian Photographer Sergey Polyushko
Glamorous wigs made of water
American photographer recreated world's most famous portraits captured throughout history with John ...
Facing the powerful air blowers
A 1400-year-old ginkgo tree in China
Realistic photoshopped images of a guy with various celebrities
Stunningly Fairy-Tale Scenes With REAL Animals By Russian Photographer
Split view of the Milky Way, a mountainous landscape and the underwater
Spectacular landscape photography by a lone female traveling photographer
I just can't resist the compulsive curiosity all the time
Stunning ocean of blue stars on the Maldive Islands
Facial expression after 1, 2 and 3 glasses of wine
I'm not a look-alike! - Funny photo series features strangers around the world who look like one ano...
Rare photos of 20-year-old Marilyn Monroe before she was famous
A bearded dragon and a cat are best friends for life