As a prestigious photography contest, the 2016 National Geographic Nature Photographer of the Year receives incredible shots of the nature around the world, which are competing in four categories: Landscape, Environmental Issues, Action, and Animal Portraits. Below you can find a collection of top 20 photos from the competition.

#1 Dancing In The Rain

“Fox caught in action under the rain” 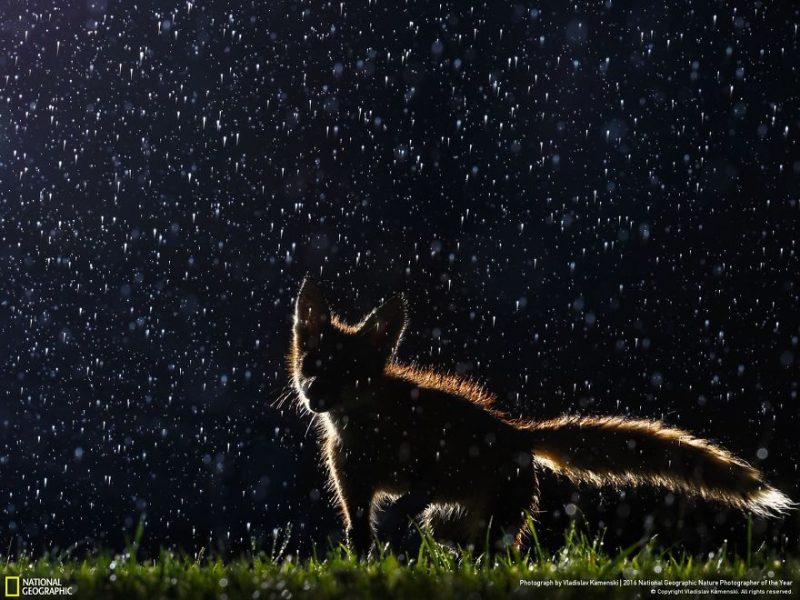 “A baby humming bird found his way into my home. He was a bit stunned so I let him recoup on our front porch. While waiting for his nectar to cool I captured a few images of him as he came back to his own.” 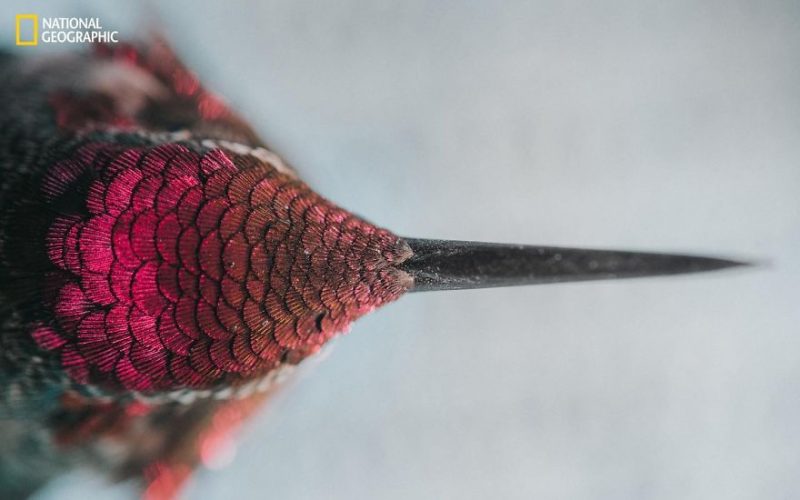 #3 Bathing In The Snow Flake

“The fox was bathing in the snow flake.” 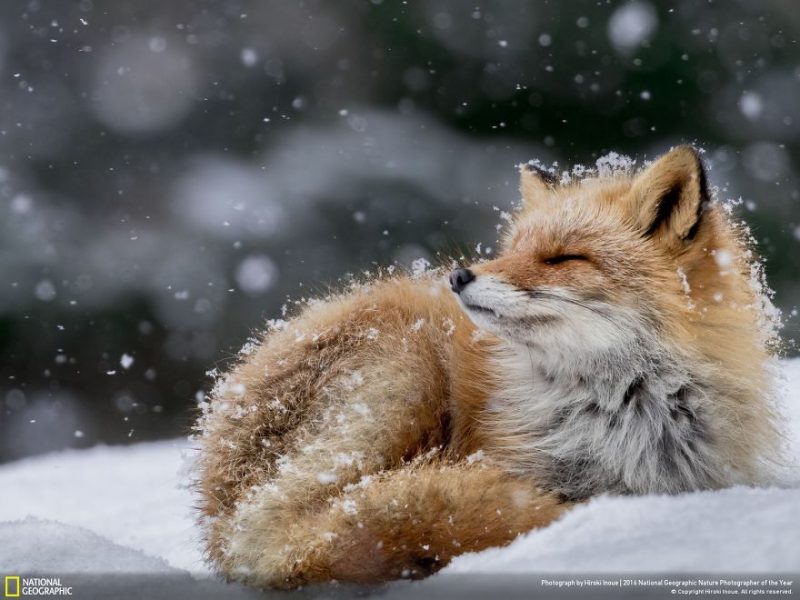 “While enjoying the sights of Chicago’s Garfield Conservatory found this unlikely traveler taking a closer look at this Bromeliad. Sometimes you have to slow down to appreciate the tiny wonders right in front of you!” 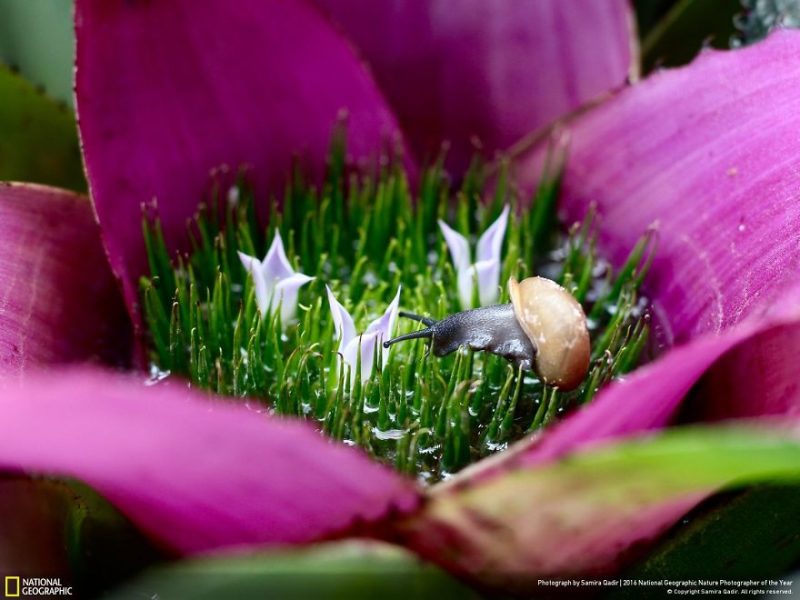 A colossal Cumulonimbus flashes over the Pacific Ocean as we circle around it at 37000 feet en route to South America. 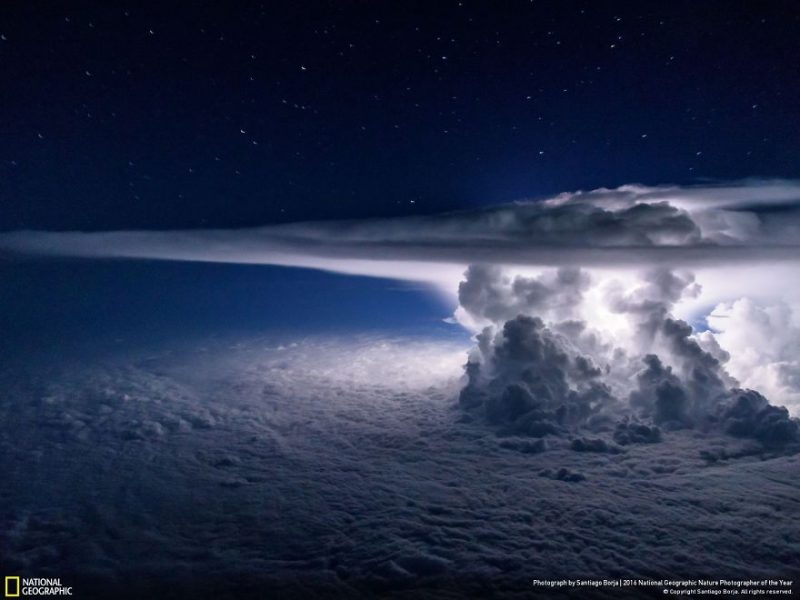 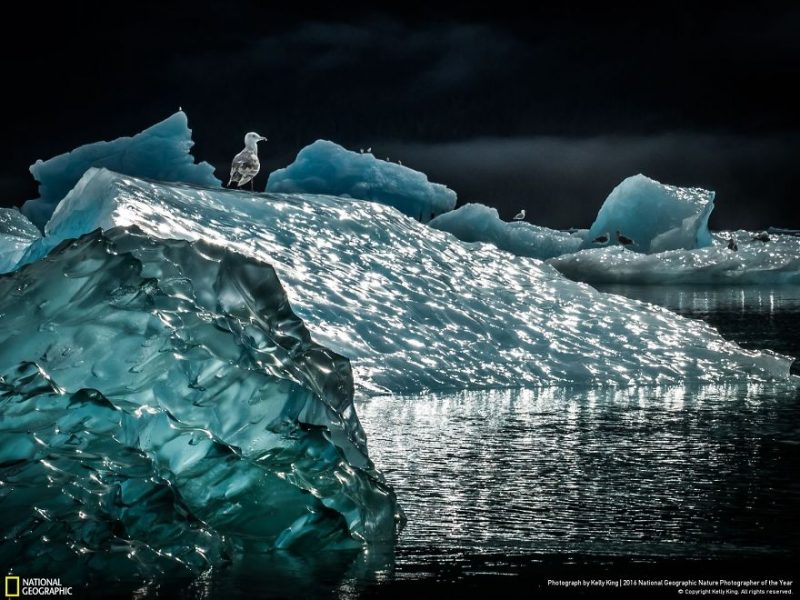 “Waves of fog roll over a neighborhood in Mill Valley, California, as seen from the top of Mount Tamalpais.” 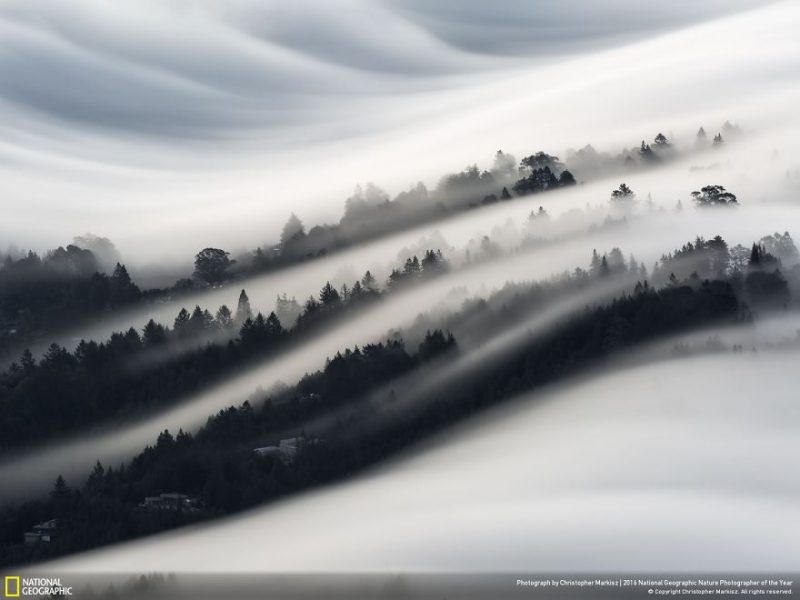 “This image was taken last summer on Skomer Island, Wales. It is well known for its wildlife, the puffin colony is one of the largest in U.K.The photo shows a detail or study of an Atlantic puffin resting peacefully under the rain. As Skomer is inhabited, puffins do not feel afraid of humans, and so people can be close to puffins and the photographer can think about the right composition and take this kind of intimate portraits. Also that morning the conditions came together: rain and light.” 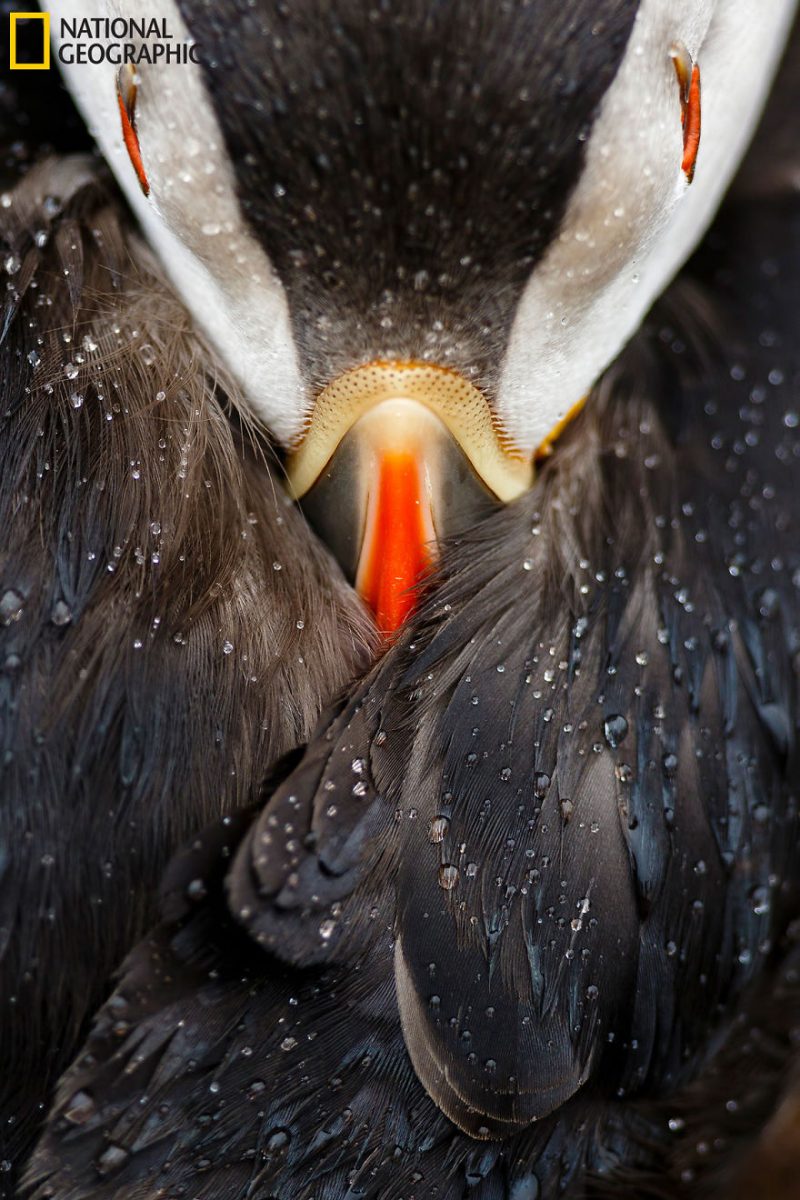 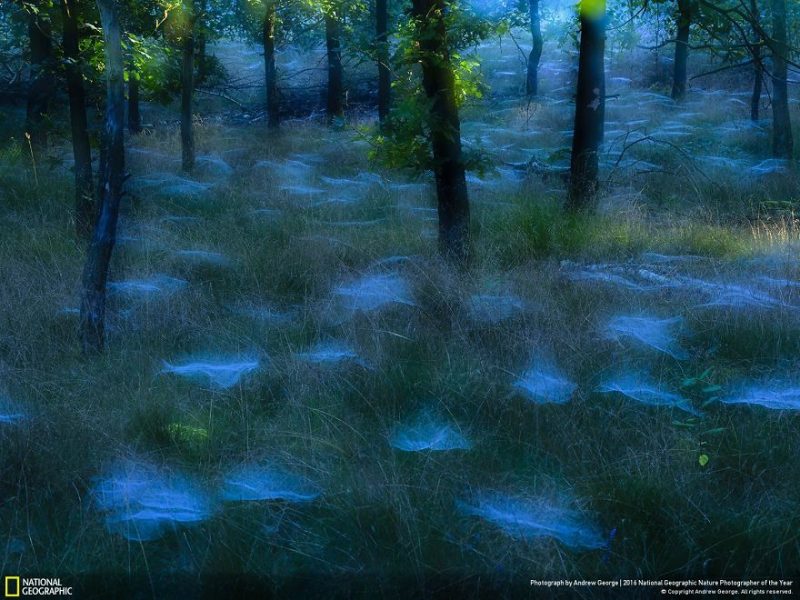 #10 Dragging You Deep Into The Woods!

“A morning stroll into the blissful forest ! Ceaseless drizzles dampening the woods for 12 hours a day; The serene gloom which kept me guessing if it was a night or a day. Heavy fog, chilling breeze and the perennial silence could calm roaring sprits; And there I spotted this 20cm beauty the Green vine snake ! I wondered if i needed more reasons to capture this with the habitat; For I was blessed to see this at the place I was at. I immediately switched from the macro to the wide angle lens.” 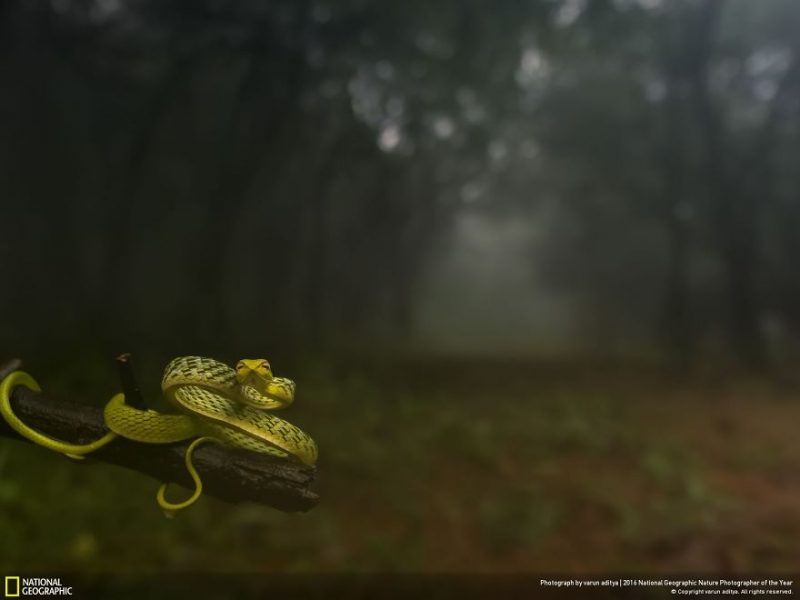 “Every autumn walruses swim to this rookery place in the North of Russia (Chukotka, Vankarem cape). One day, walking along the beach away from the rookery, I came across a lone walrus, who was sleeping on the shore, its tusks sticked in the sand. I carefully crept up to it and photographed it with a wide-angle lens. At some point it woke up and noticed me.” 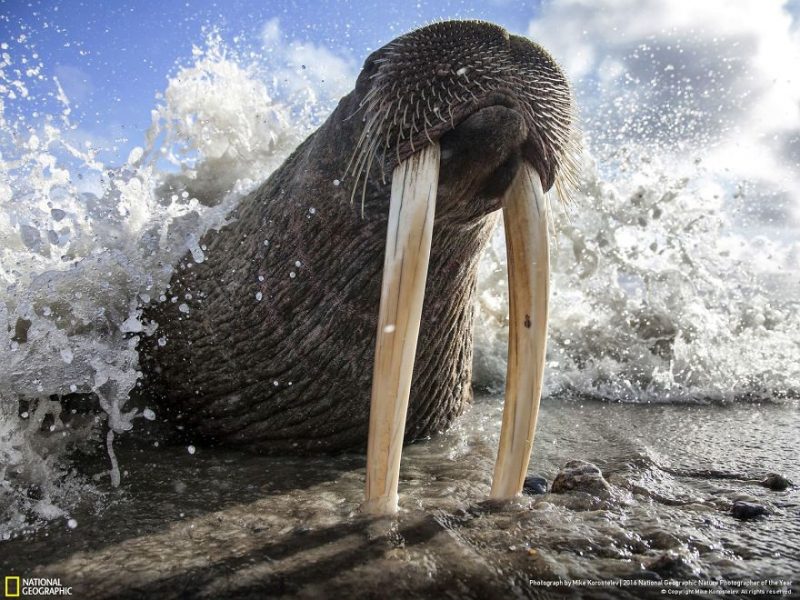 “An American Crocodile on the surface in Gardens of the Queen, Cuba.” 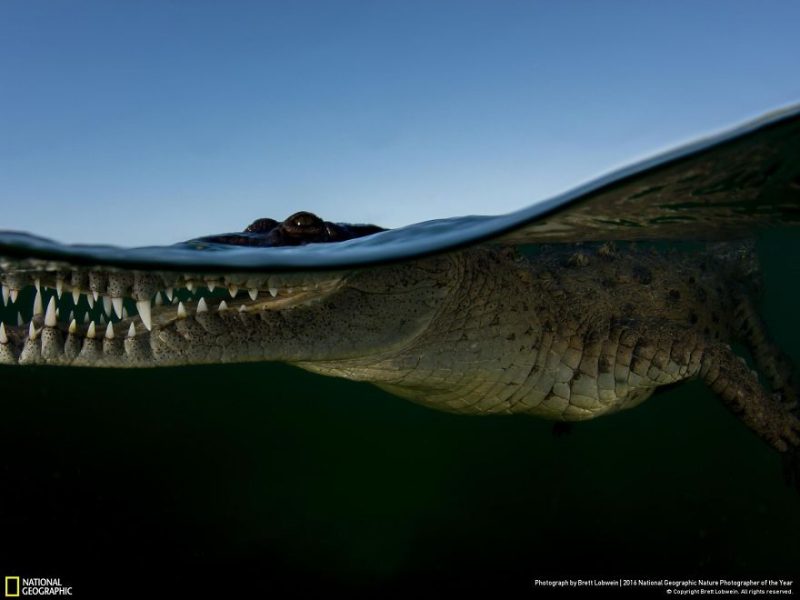 “This Great horned Owl is returning to her nest in an urban area near the busy Citrus county sheriffs office where the county deputies come and go pretty much on a regular basis. As well as it be near the highway leading to the high school campus.” 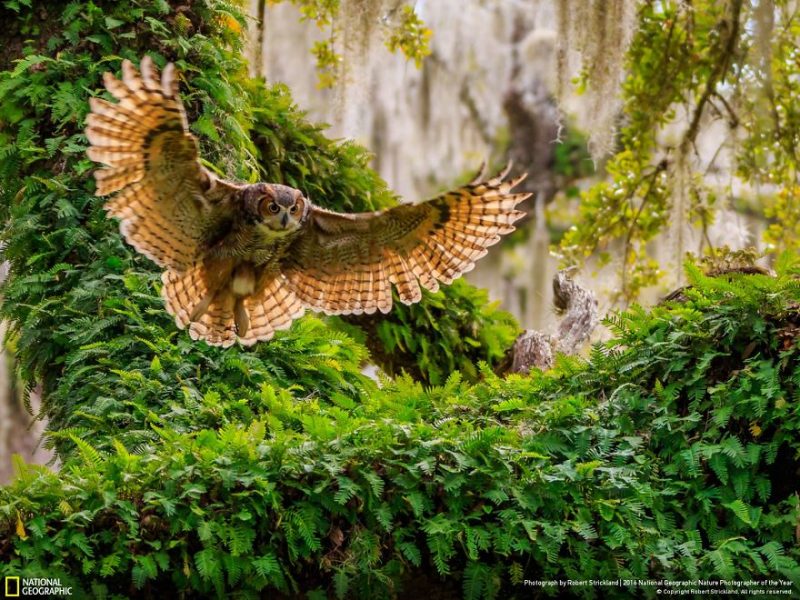 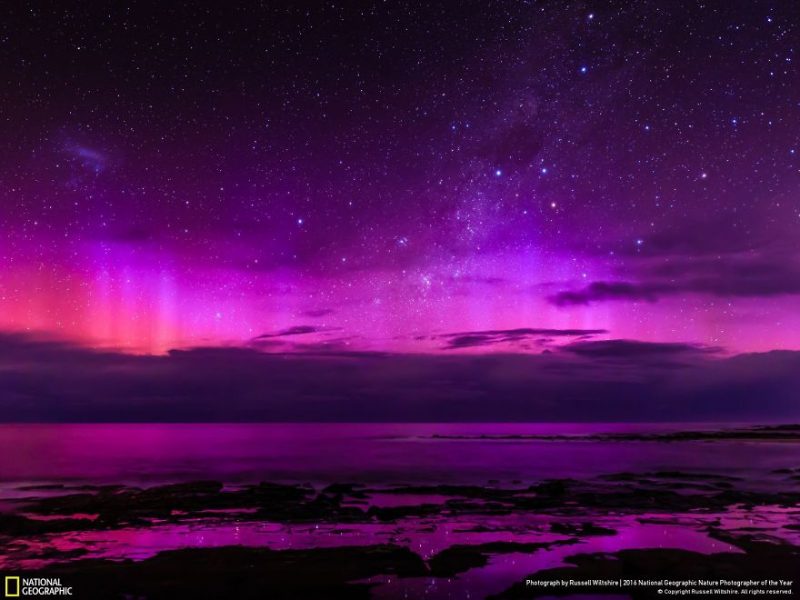 “Trapper…she is a Great Horned Owl that has recently been fighting cancer of her eye lids (squamous cell carcinoma), but that doesn’t stop her in any way.Trapper gets her name being used as a decoy to attract Swallow Tail Kites, where the research team will catch the kite and fit with telemetry and gain lots of helpful information about kites and their migration. But that’s not her only trait. Trapper also serves as a foster mother for orphaned Great Horned Owlets at Avian Recondition Center.” 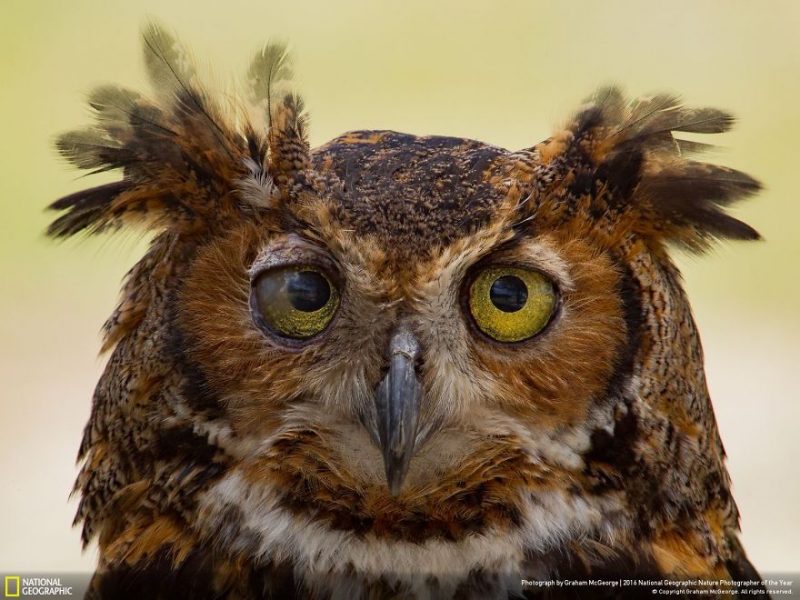 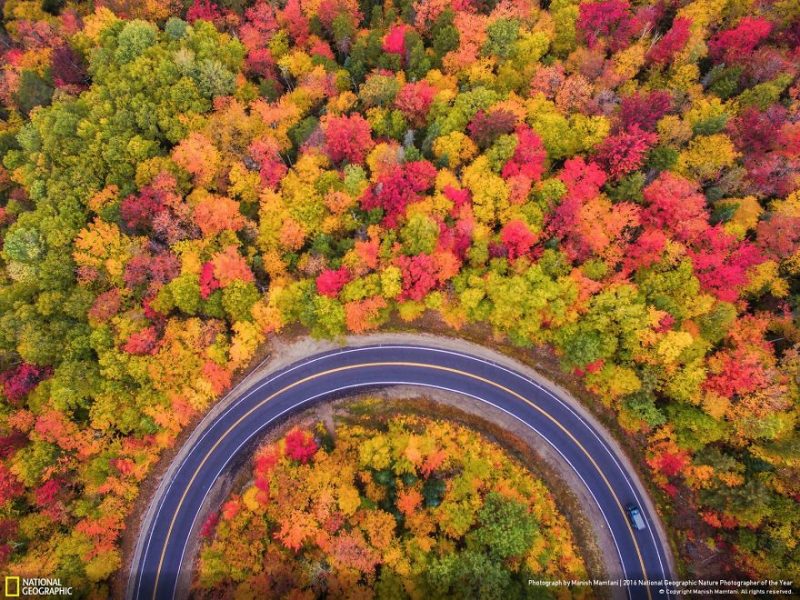 “Kingfisher ( Alcedo athis) male with an engagement present for the female.” 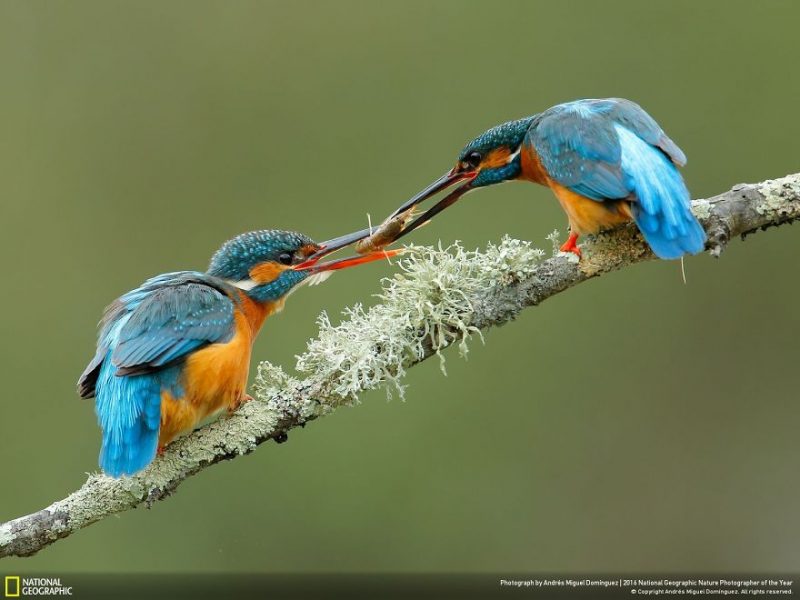 “As I was photographing this young grey seal, we both got caught up in a sandstorm.” 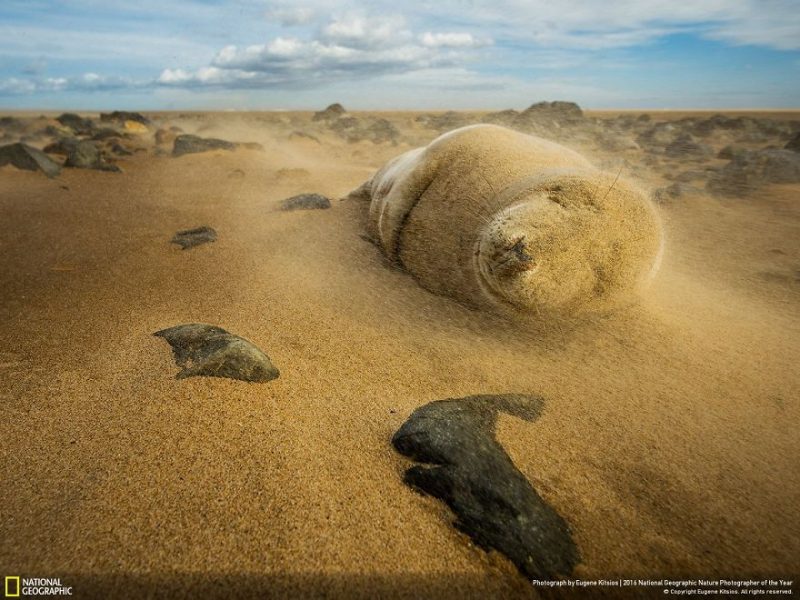 “Taking place every year across Galicia, Rapa das Bestas, or “Shearing of the Beasts,” involves cutting the manes of semi-feral horses that live in the mountains. Horses are rounded up into enclosures called curros, foals are branded and the adults groomed before being freed. The best known is the Rapa das Bestas of Sabucedo, which occurs on the first weekend in July.” 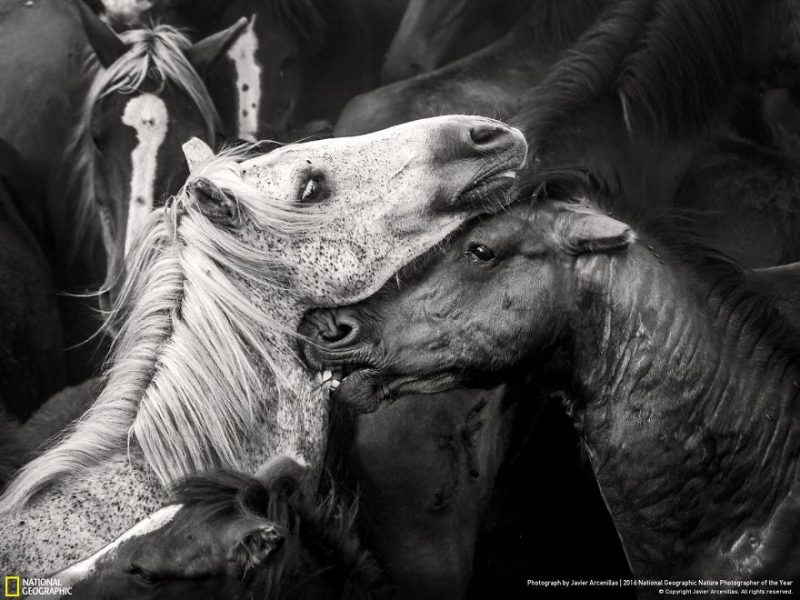 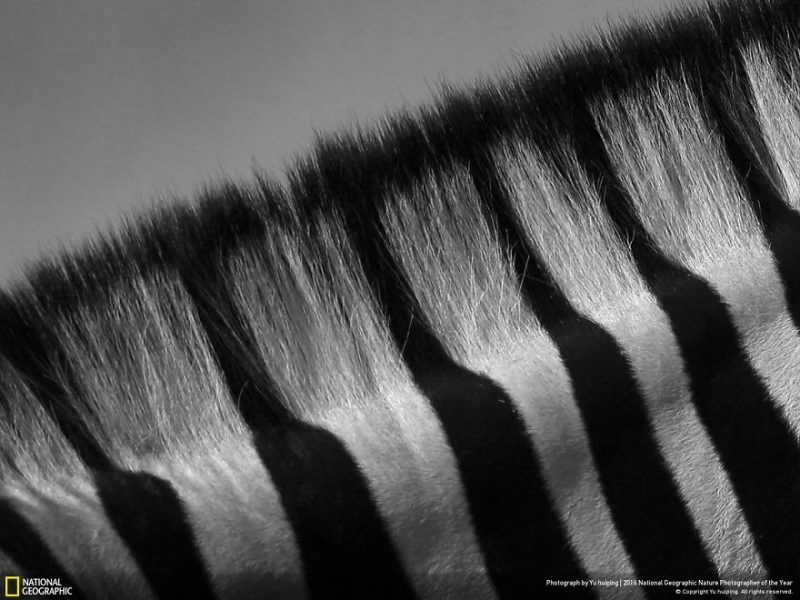