These magical and beautiful photos of flowers and plants were taken by Robert Bulteman, a California-based photographer, without using camera, lens or computer, who used Kirlian photography techniques, a sort of photographic techniques used to capture the phenomenon of electrical coronal discharges, to capture amazing moments of plants’ coronal discharges when they were shocked with 80,000 volts of electricity from a custom apparatus. 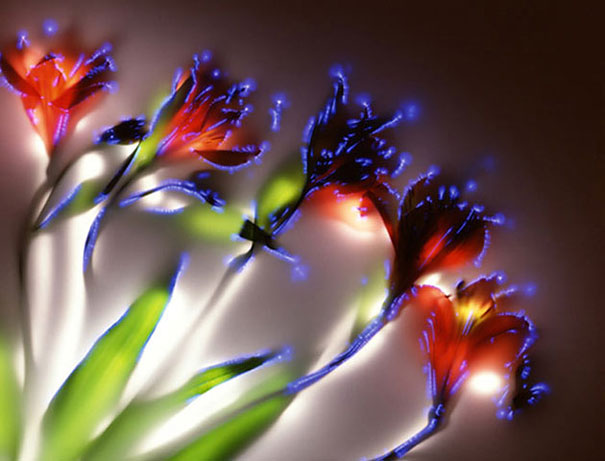 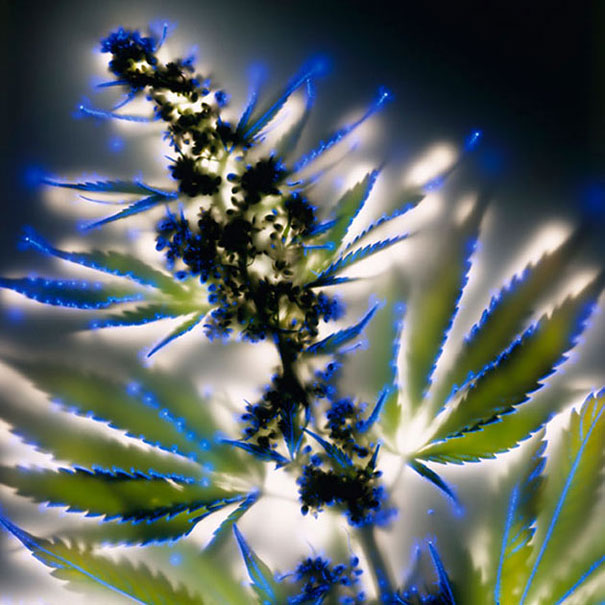 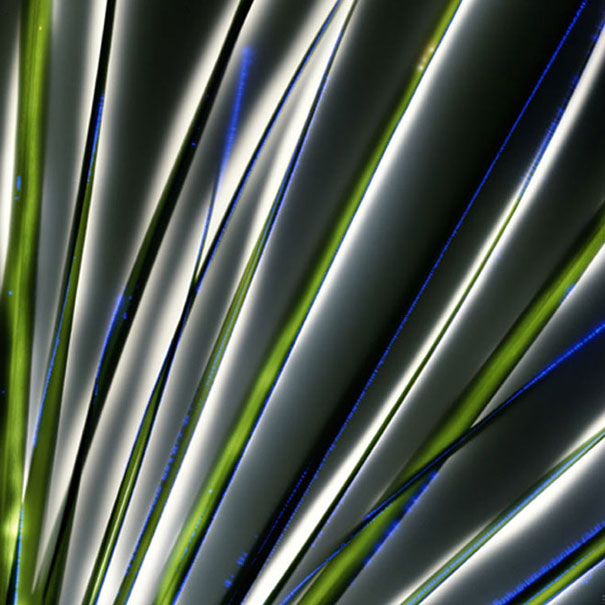 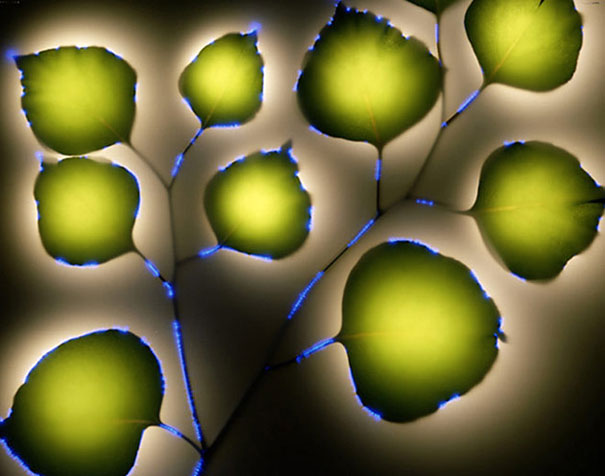 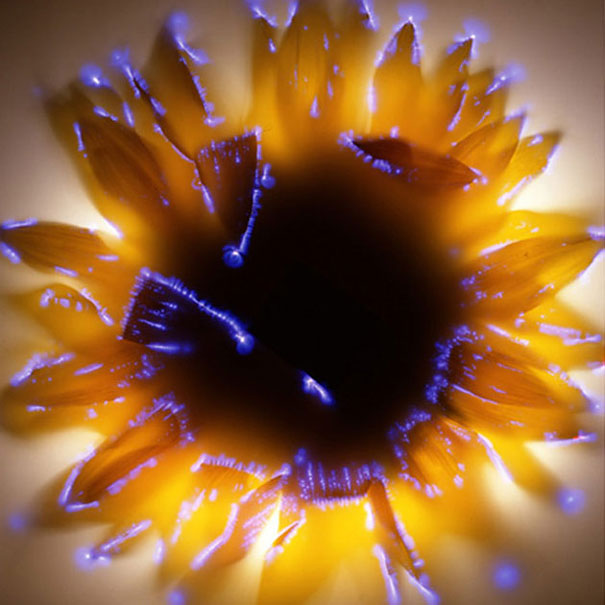 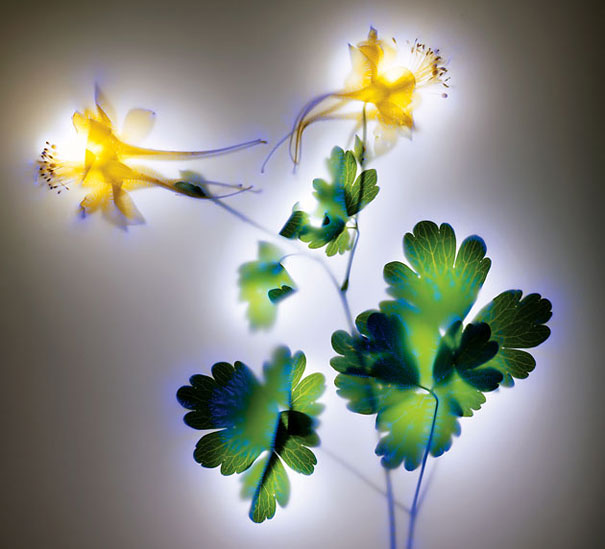