When a bald eagle was flying over the sky of Seabeck, Washington, a fearless crow approached this bigger bird at close proximity which seemed trying to keep it away from its territory, eventually, the crow momentarily stopped on the back of the eagle, such once in a lifetime moment was captured by Phoo Chan, a talented and lucky California-based bird photographer, “Crows are known for aggressively harassing other raptors that are much bigger in size when spotted in their territories and usually these ‘intruders’ simply retreat without much fuss. However, in this frame the crow did not seem to harass the bald eagle at such close proximity and neither did the bald eagle seem to mind the crow’s presence invading its personal space. What made it even more bizarre was that the crow even made a brief stop on the back of the eagle as if it was taking a free scenic ride and the eagle simply obliged…They both flew in different directions and it looked like they became friends. ” Phoo Chan said. 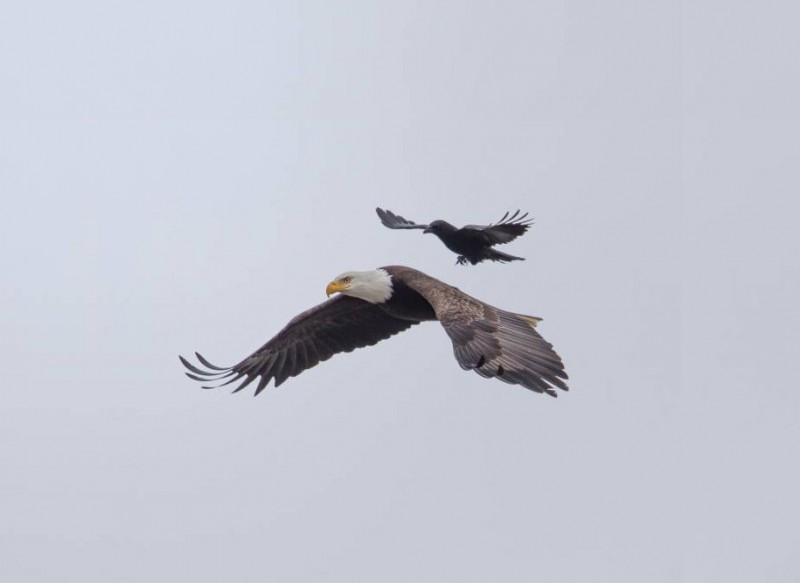 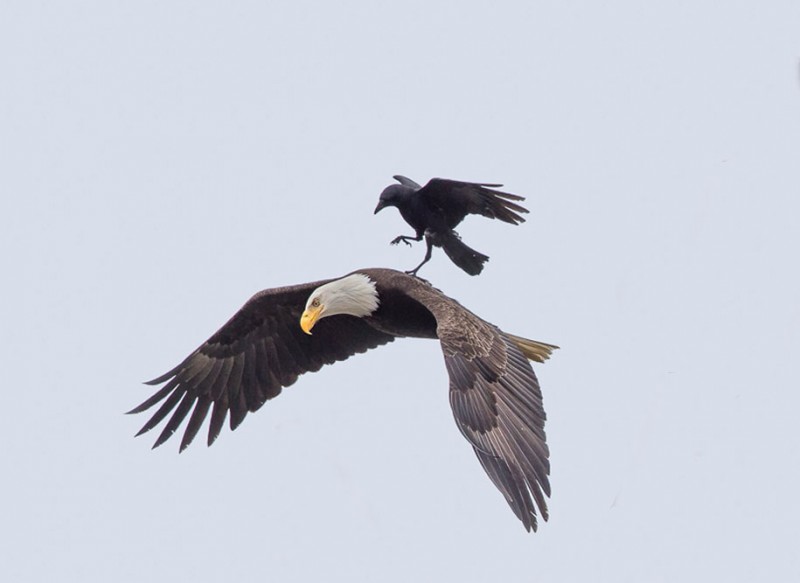 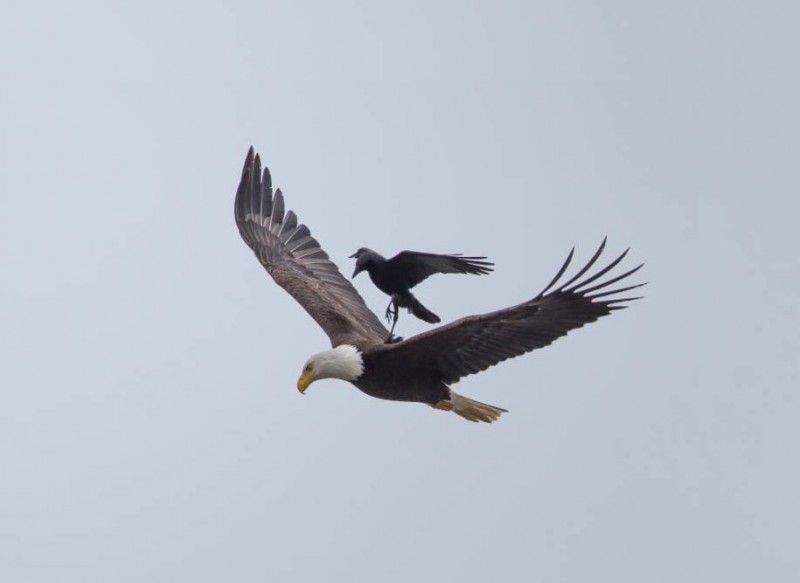 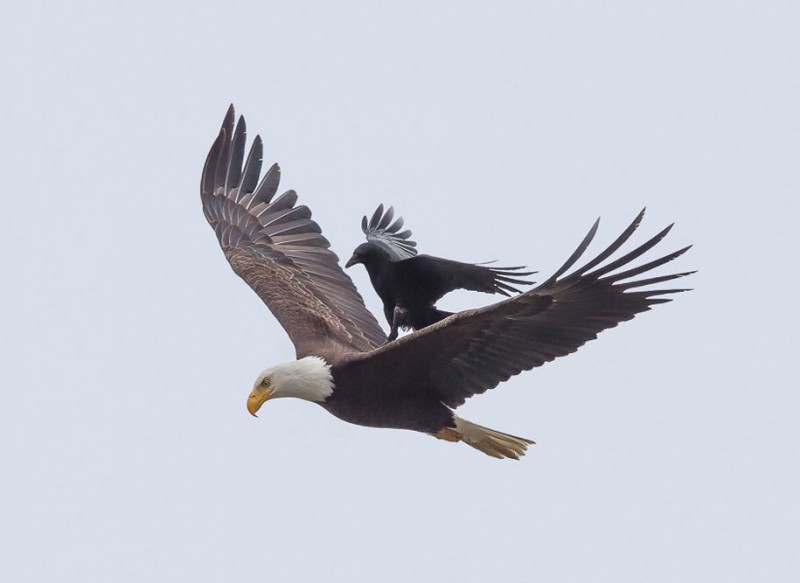 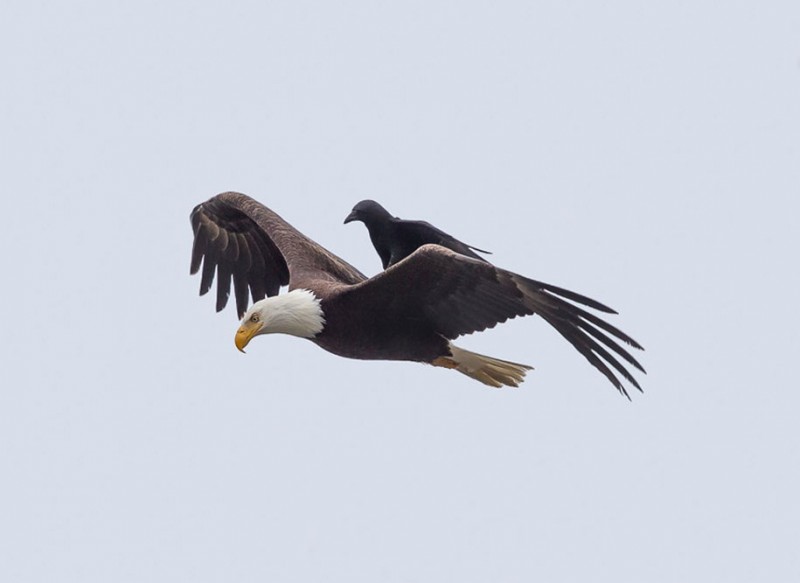 Funny photographs of placing dogs in a photo booth
Behind-the-scenes pictures of those perfect photographs
Macro photography by a children photographer that looks like a painting
Facing the powerful air blowers
Breathtaking underwater photography in black and white
Photo collection of optical illusion
Winners of the 2016 iPhone Photography Awards (the 9th Annual IPPAWARDS)
Retro pictures showing the opening day of Disneyland in 1955
Passion of dancing kids
The Fallen Princesses - What lives of Disney’s princesses after the end with a "happily ever after"
Do you know how or why a female wolf and male bear became friends?
Freezing soap bubbles captured by a loving father
This beautiful British Longhair is the world's most photogenic cat
Photography project showing the heartwarming bond between little children and their supersized dogs
Impressive and grace dance photography by Russian artist Alexander Yakovlev
amazing photosbird photographybird photoscool photoscrow on eagles backcrow photocrow riding eagleeagleeagle photohawk photosonce in a lifetime photosrare photosunexpected photoswildlife photography