Photographer Hamid Sardar-Afkhami is also a scholar with a Harvard Ph.D. in Sanskrit and Tibetan, he studies and documents the everyday life Of Mongolian reindeer people, the nomadic Dukha people in northern Mongolia, before they disappear. The populations of reindeer herding people continue to decline, now counting 44 families, about 200~400 individuals in total, they breed and ride reindeer, while the animal provides milk, cheese and fur for human beings. Hamid Sardar-Afkhami studies and documents the life of Dukha people, who captured these impressive photographs and also created a movie called “The Reindeer People.” 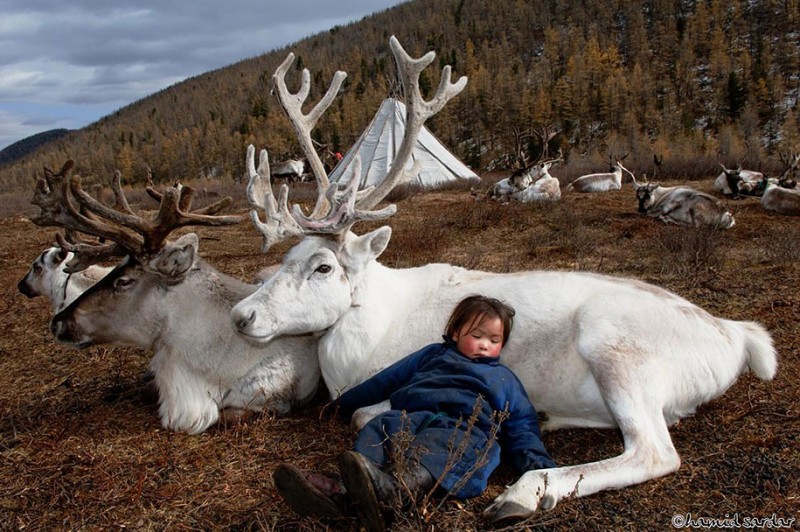 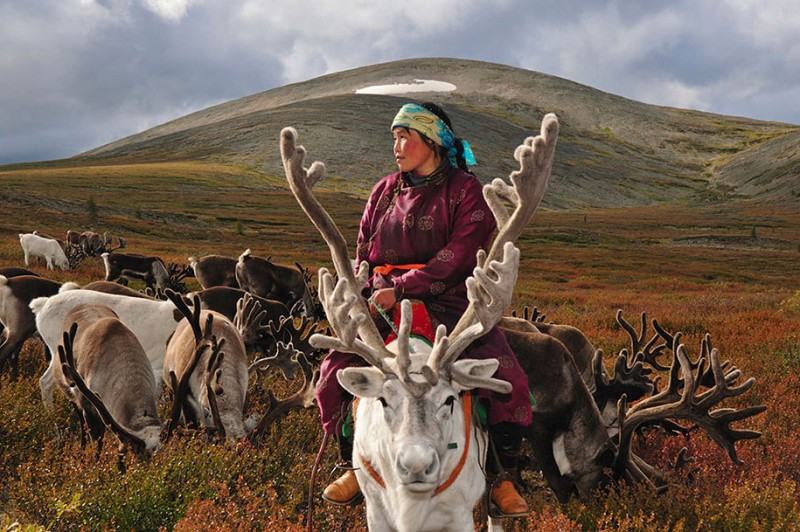 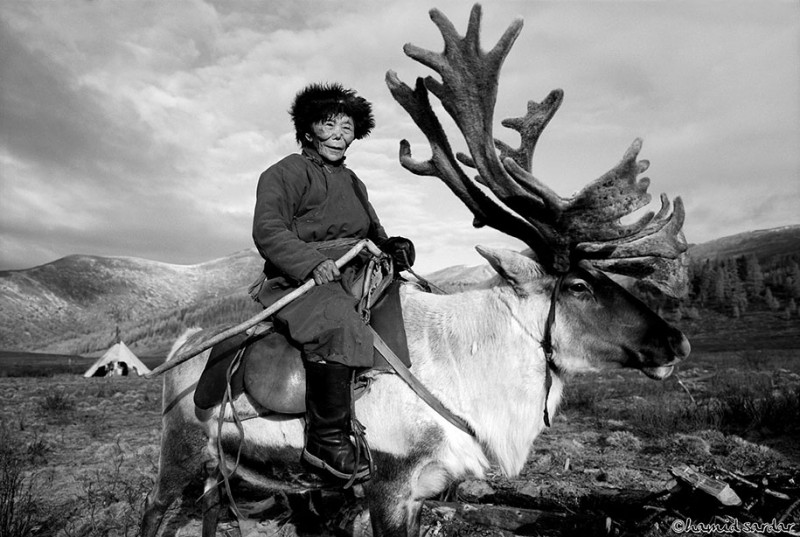 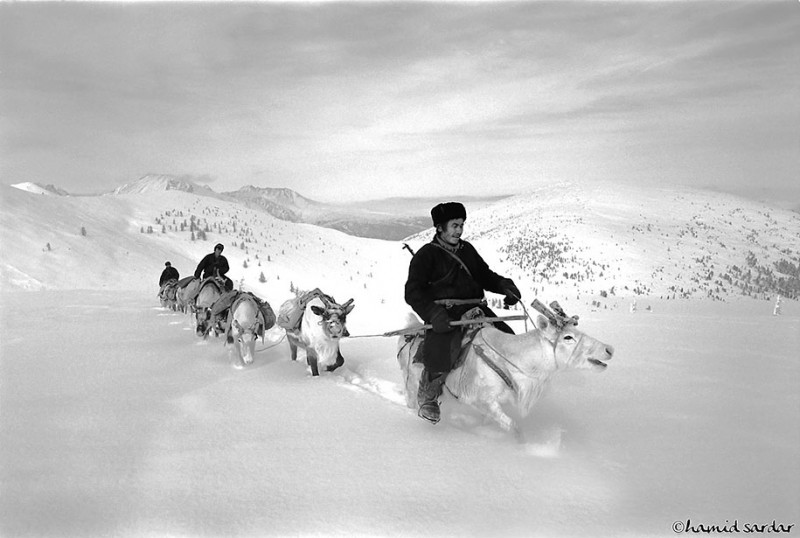 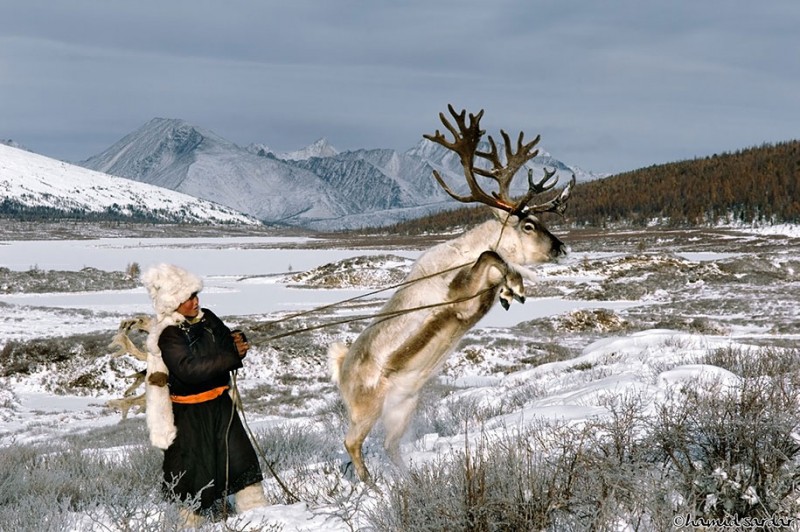 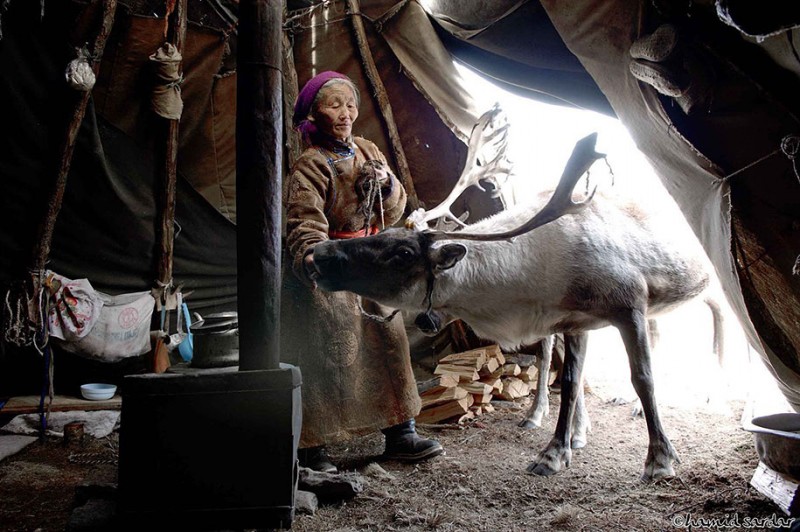