The Sayama Forest Chapel designed by Hiroshi Nakamura & NAP sits in a forest beyond a nondenominational cemetery, which looks like both a star and two hands pressed together in prayer from an aerial perspective. The building is inspired by Gassho-zukuri, a traditional Japanese structural form that in order to adapt to the mountain climate, the local people designed the roof as a regular triangle with a 60-degree oblique angle, like the shape of a person’s fingertips, called Gassho-zukuri. It is built entirely of wood and does not use a nail. The Sayama Forest Chapel was named as a winner in the religious buildings and memorials category in 2016 Architizer A+Awards. 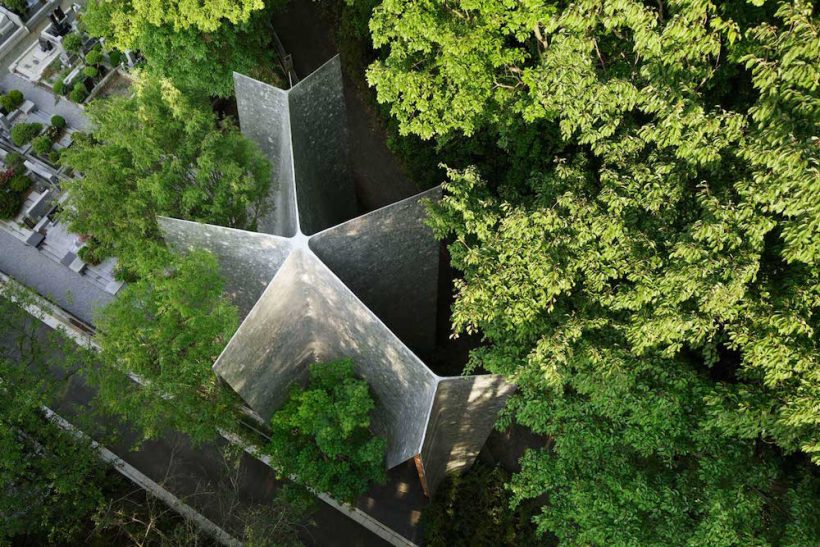 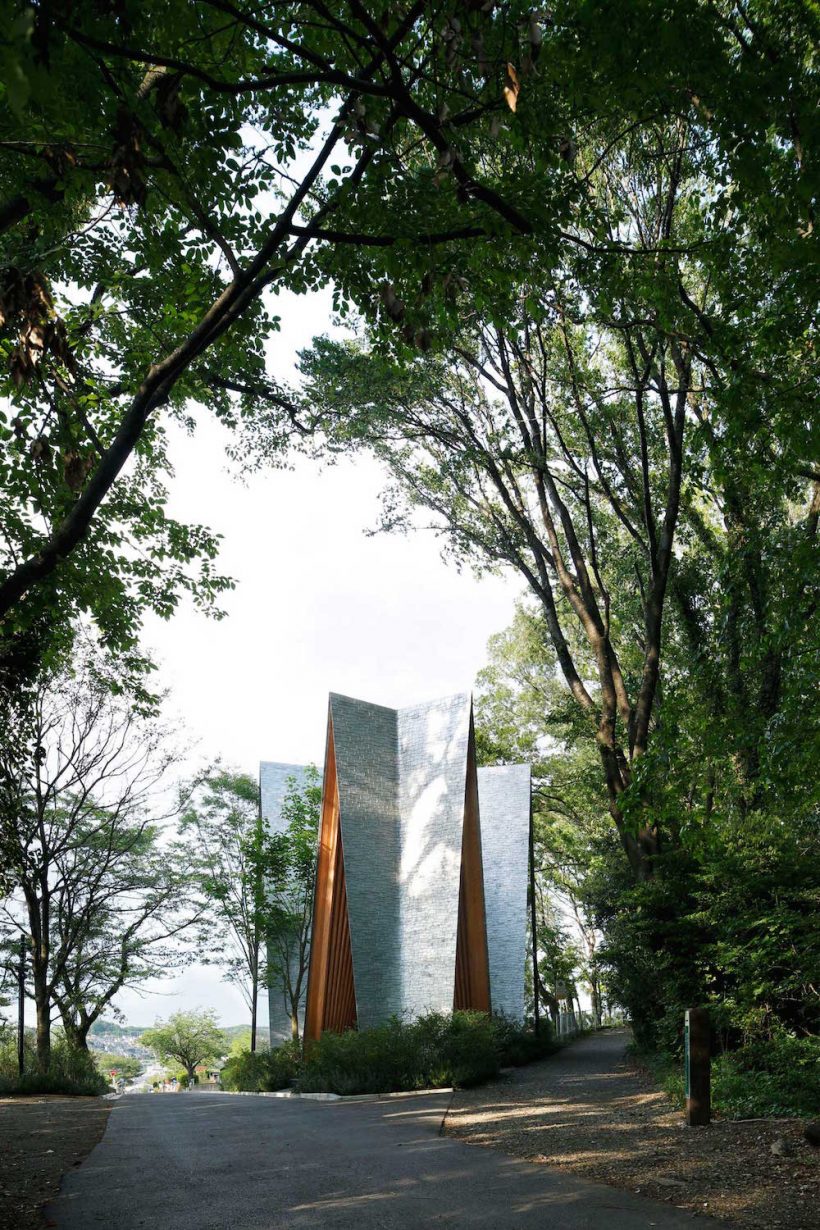 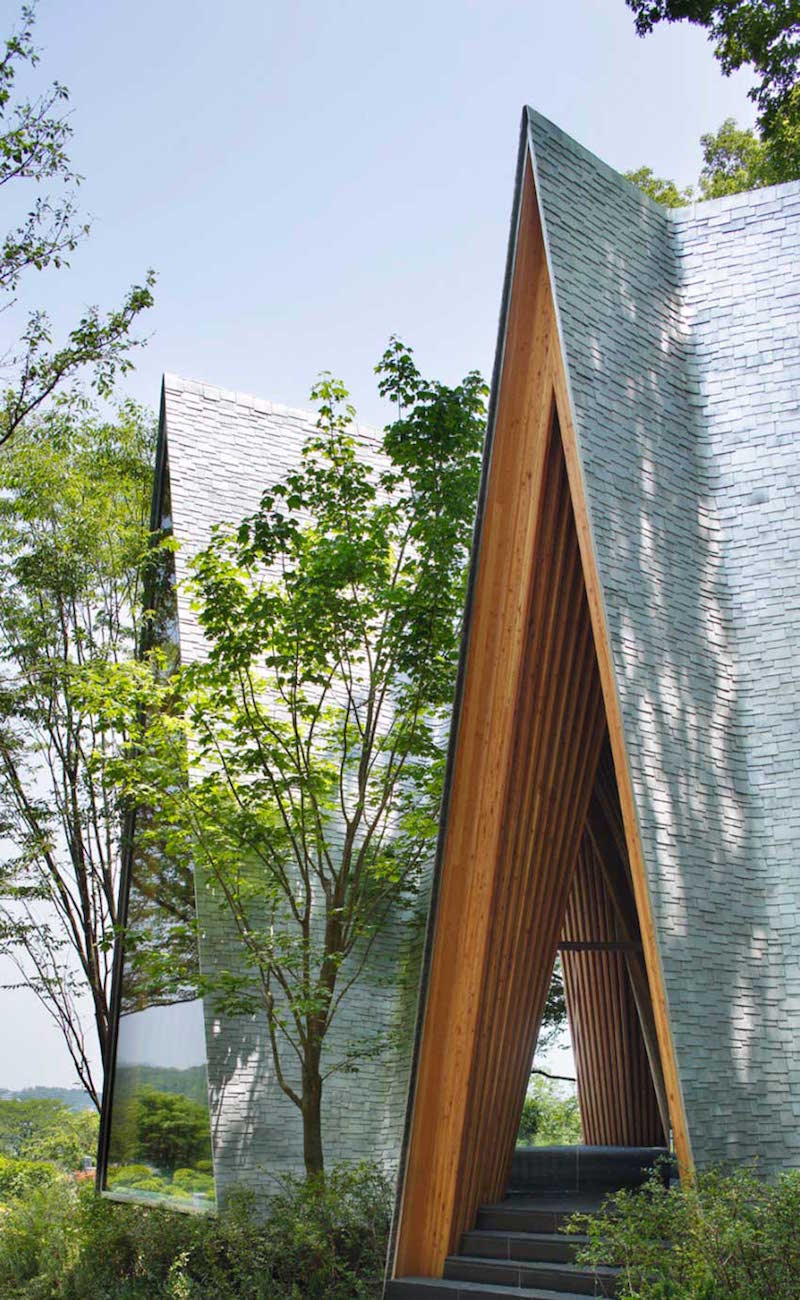 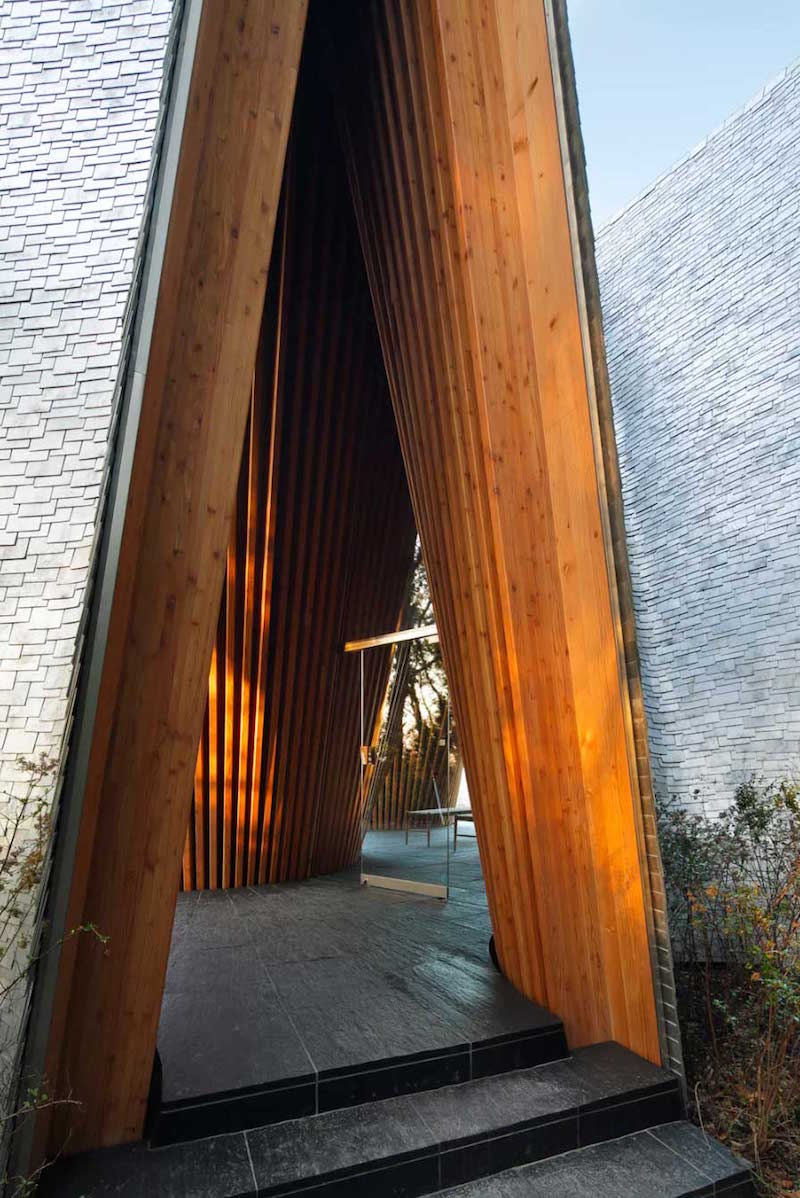 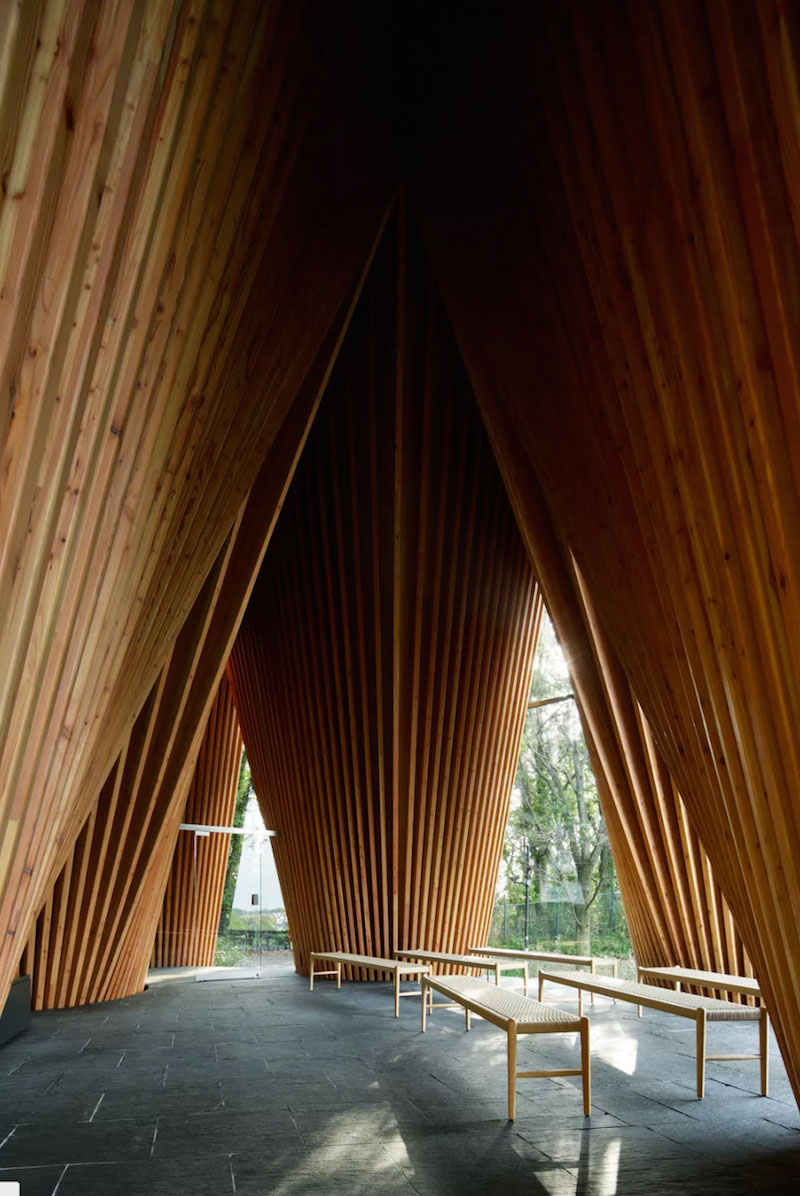 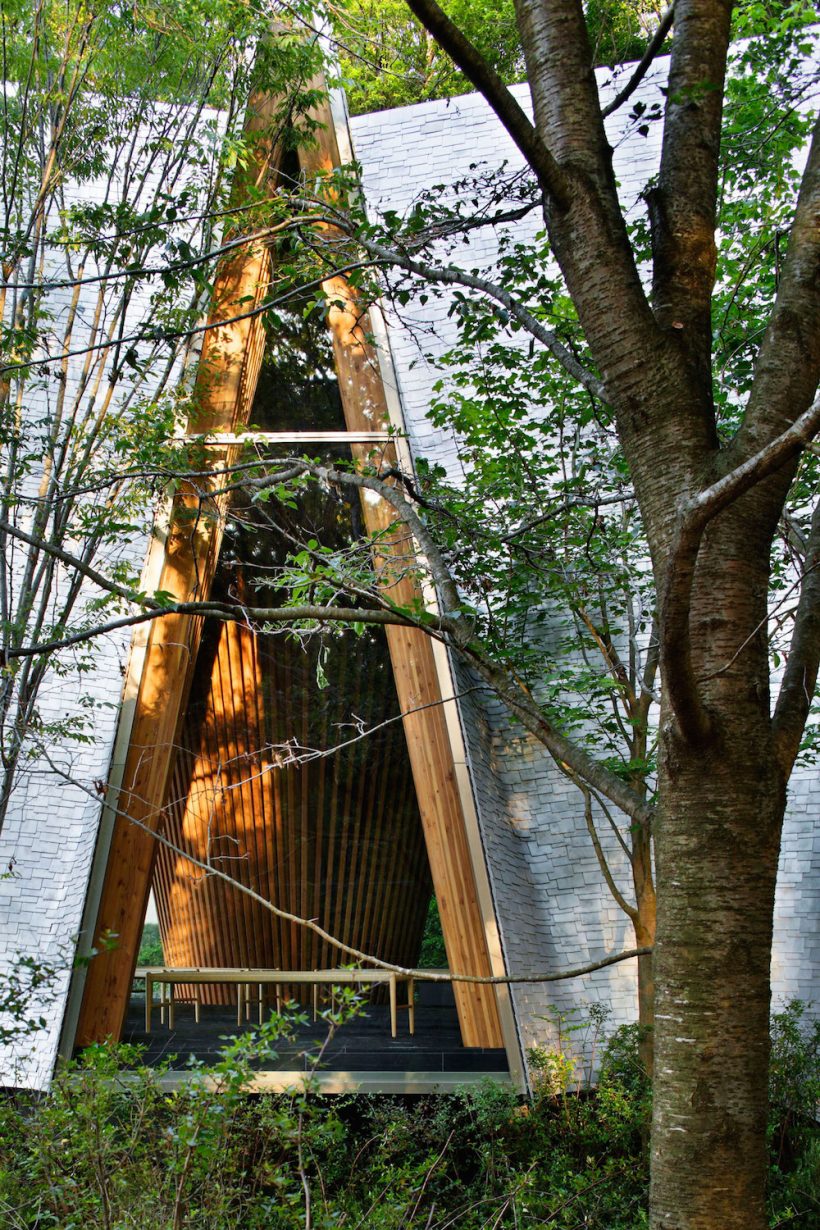 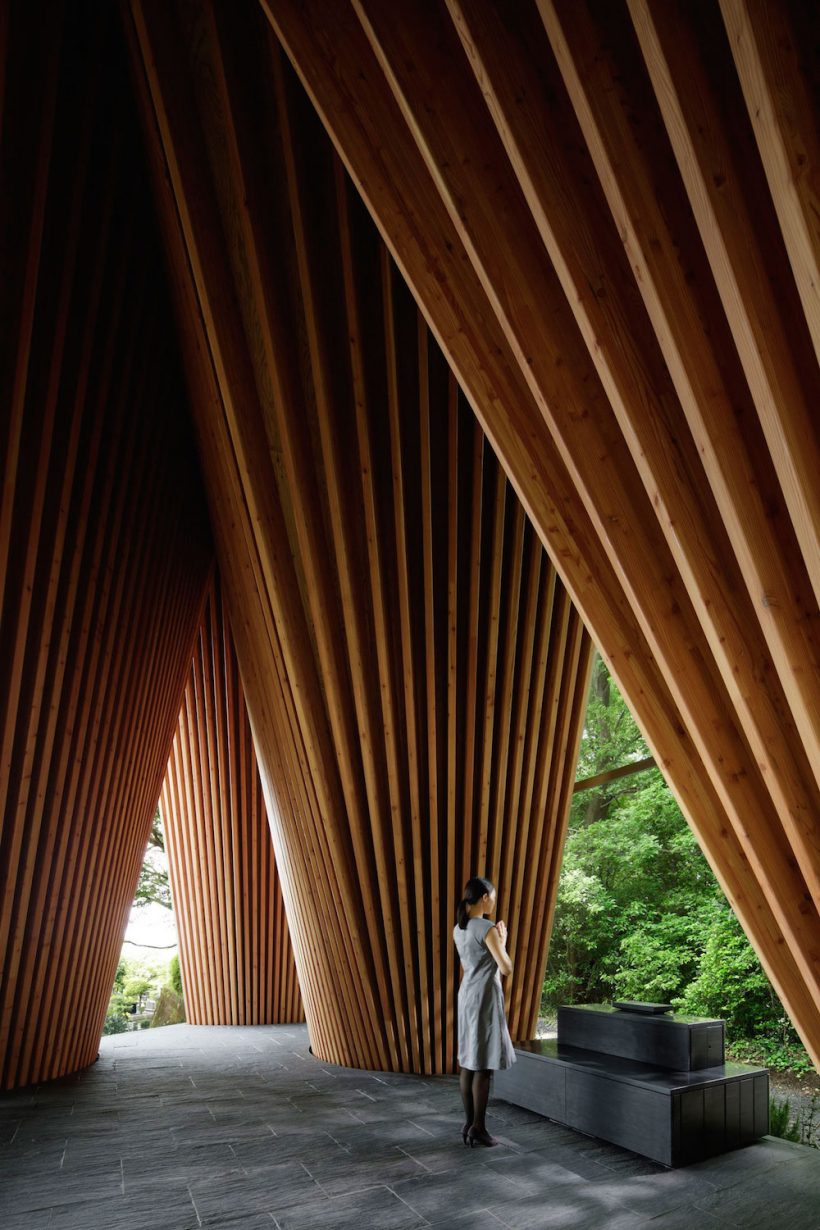