Within a decade, UK-based tech innovation company Centre for Process Innovation (CPI) hopes to innovate a new concept of windowless aircraft, instead of common windows, the OLED screens covering the plane’s entire interior, including the backs of the seats as well, will create an illusion that the fuselage looks transparent.

The high-definition and flexible touchscreen walls with protective coatings will be covered throughout the airplane’s entire interior, on which the panoramic view of the skies will be shown to passengers. 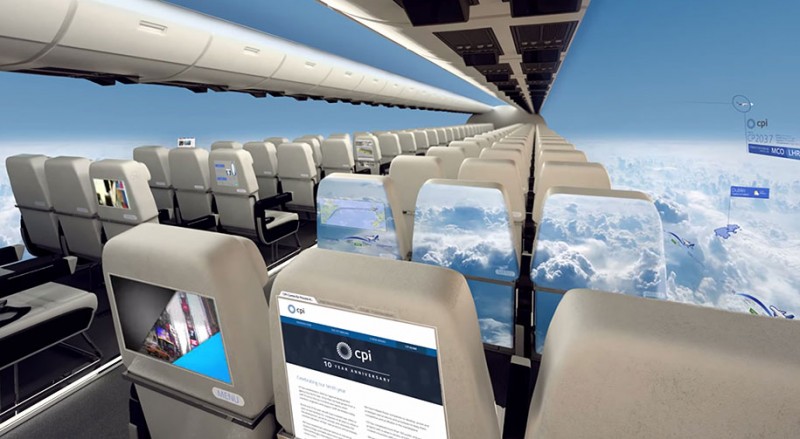