In the 1970s, 80s, and 90s, British photographer Chris Porsz used to walk around the city of Peterborough, Cambridgeshire (Great Britain) and captured hundreds of street portraits with camera in hand. Almost 40 years later, the street photographer visits those same people, from policemen to punks, sweet couple to happy kids, and recreates their portraits, even in the same locations. He compiles all the photos into a book titled “Reunions” with texts by writer Jo Riley that tell the stories behind those pictures. 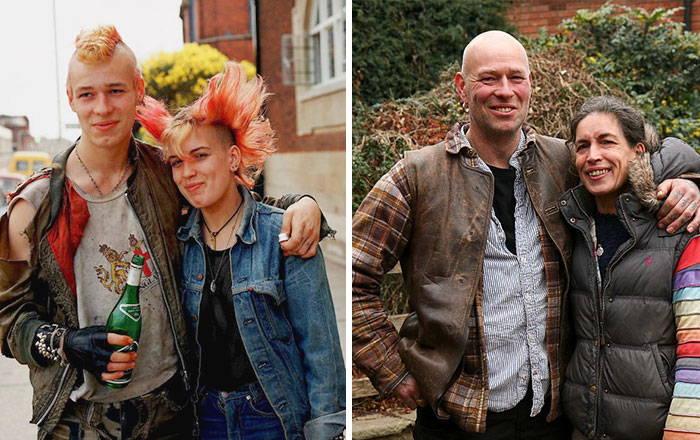 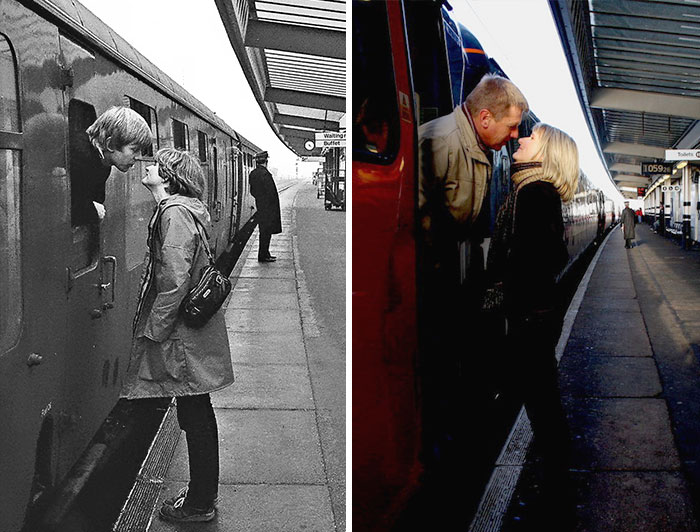 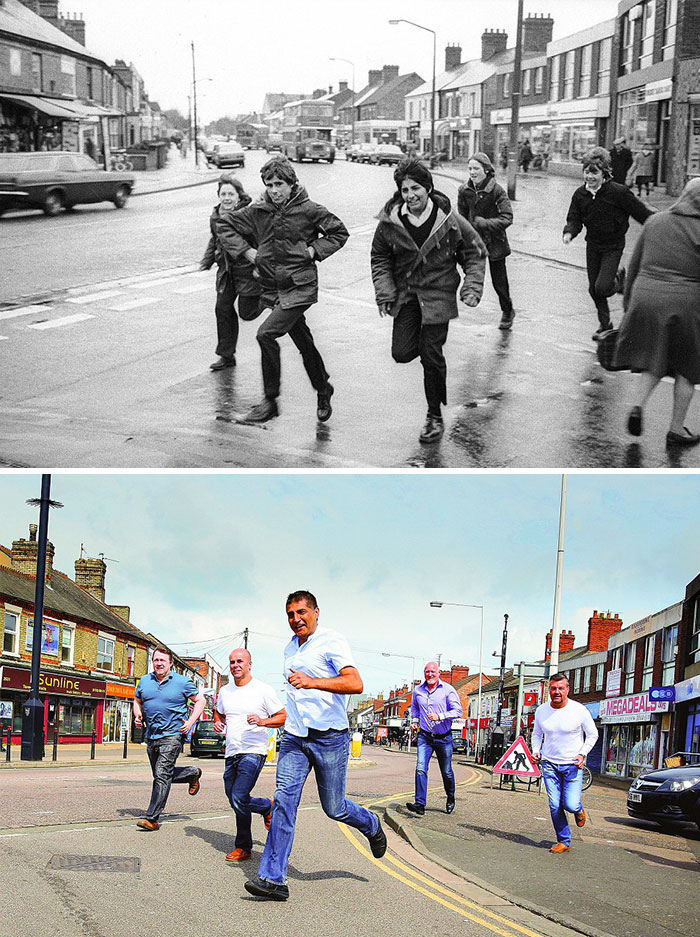 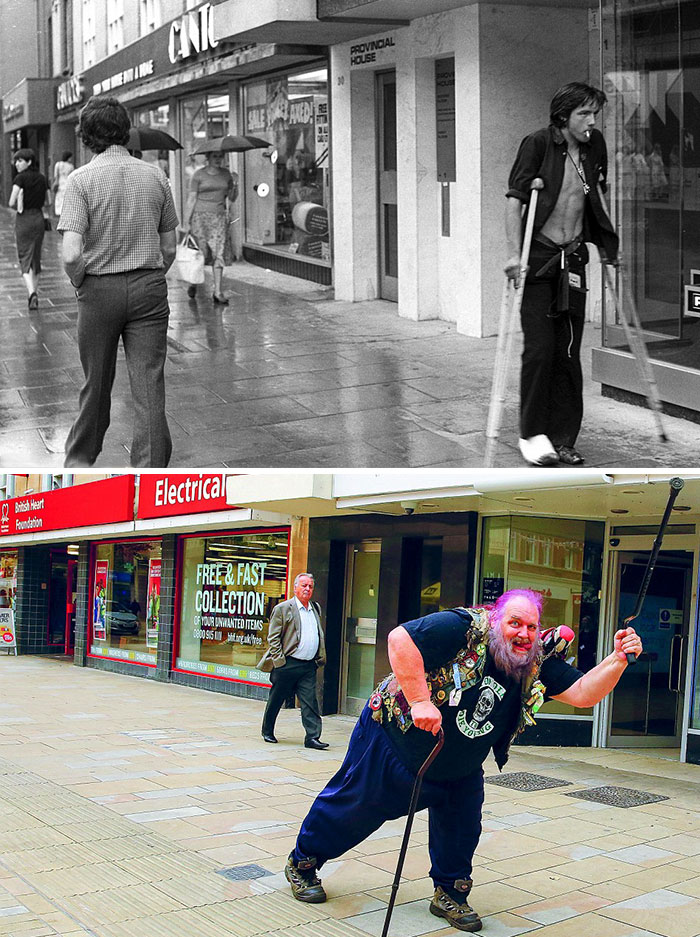 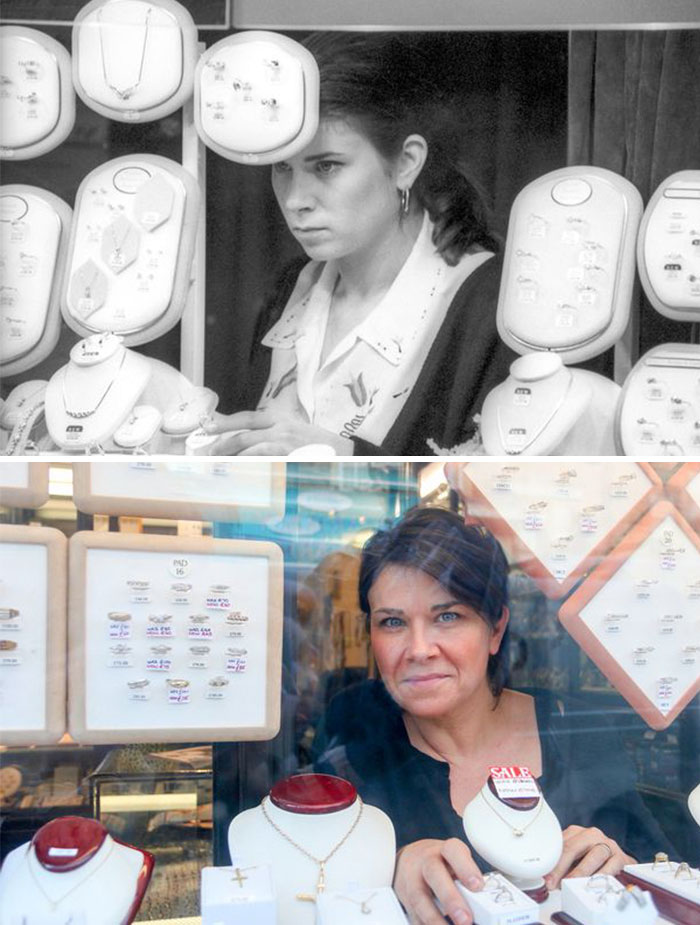 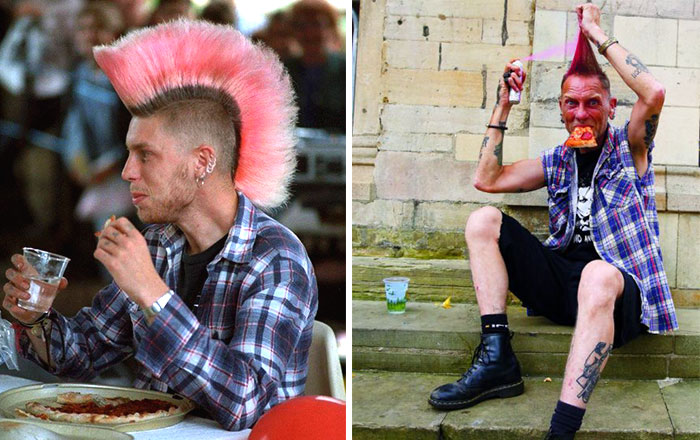 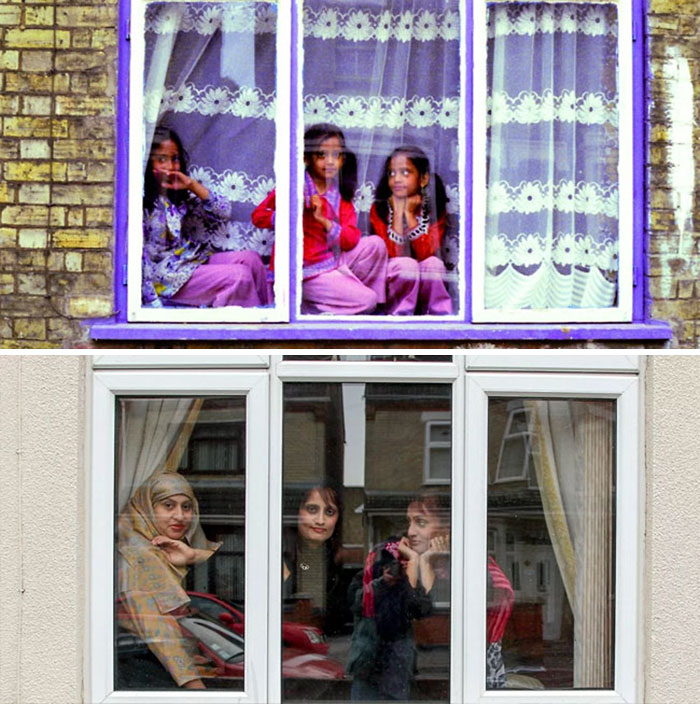 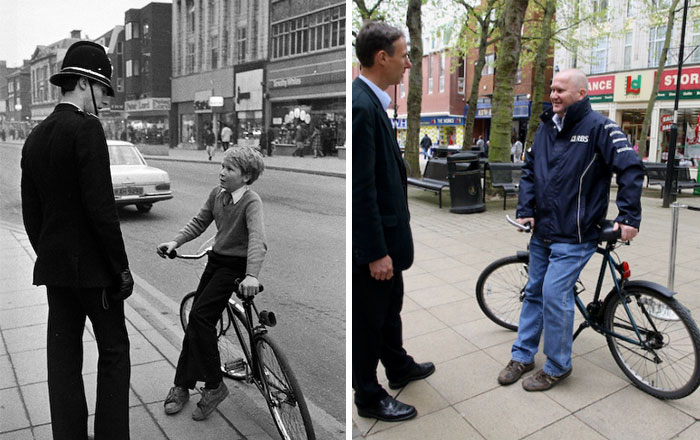 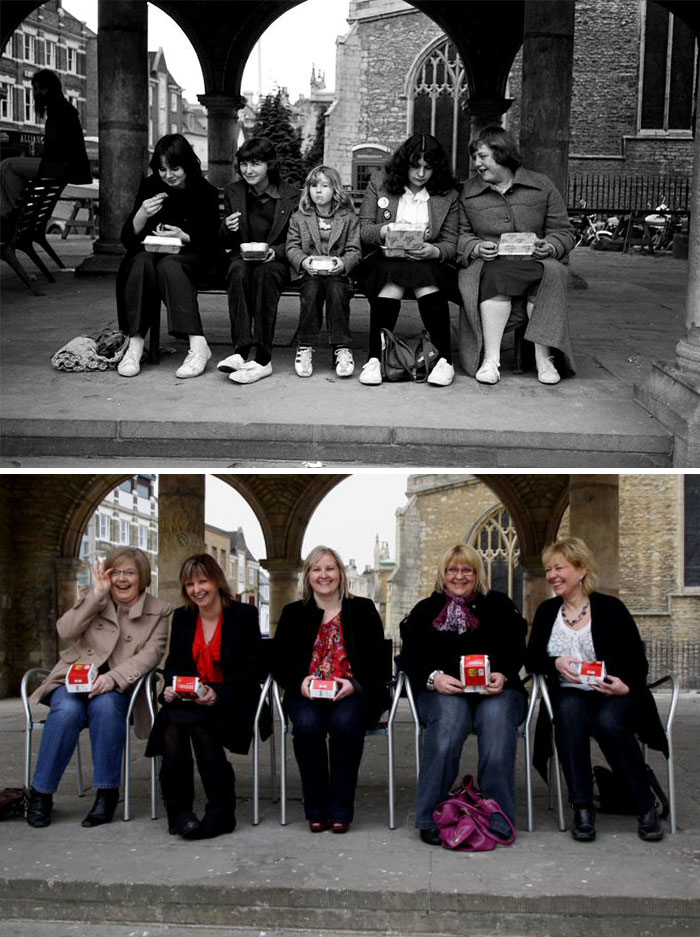 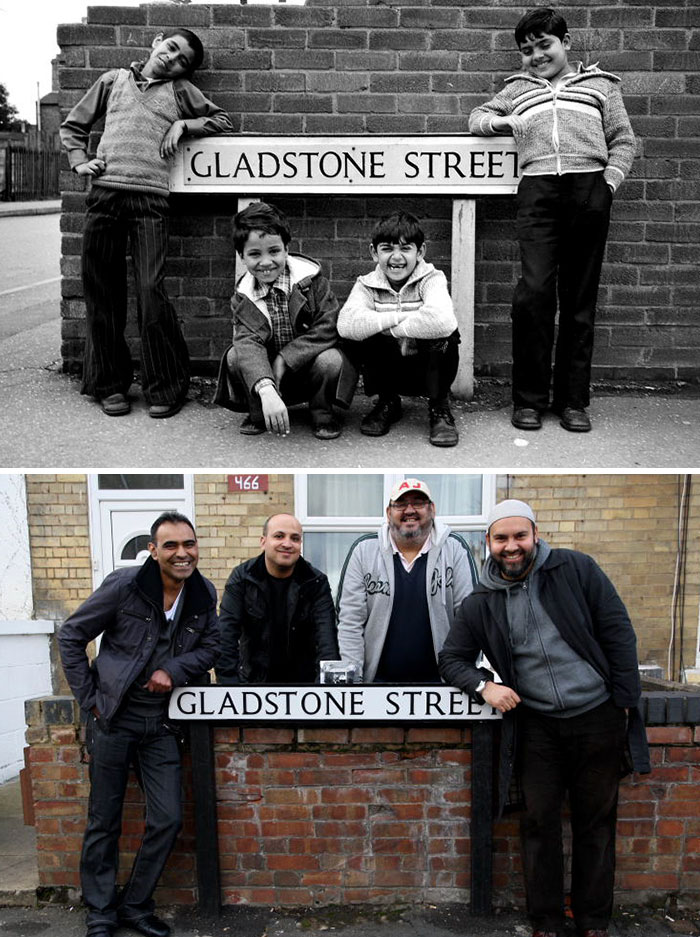 The photo collection of smiling animals
A perfect shot of kingfisher diving straight into the water from 720,000 photos in 6 years
Every moment and every where in New Zealand's South Island are new view to appreciate
Funny pictures of a cat eating a cake on his birthday
List of Winners of 2013 Astronomy Photographer of the Year competition
Photographer suffering from insomnia captured eerie photos of Central Park at night
Magical and charming world of the small
Watching firework in an unusual way unlike any long exposure firework photos
Long exposure traffic light photos captured in foggy night
Tintype portraits of Hollywood celebrities by vintage camera at the Sundance Film Festival 2015
Photo series reveals the truth behind fake Instagram photos
Do you know how or why a female wolf and male bear became friends?
Mind blowing self-portraits
Beautiful season of rain in Japan
Cabins in the woods far away from this world
charactersportratisrecreating photosreunionsstreet photographerstreet photography