LA-based architectural photographer Mike Kelley took two years to capture the sight of planes departing the runway at eighteen different airports around the world, and then he compiled them into these incredible pictures, in which hundreds of planes look like they’re leaving the ground at the same time. 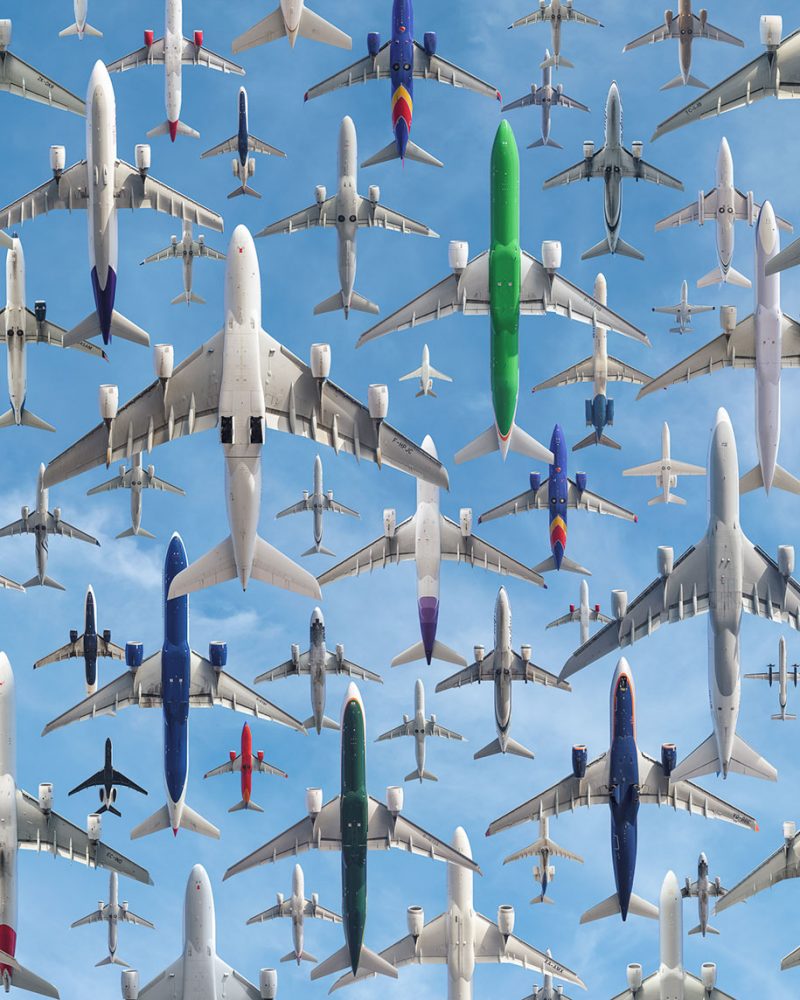 This is shot from Dockweiler beach in Los Angeles directly under the path of departing flights between the hours of 5-7pm, when light from the setting sun illuminates the bottoms of the planes.
#2 Dubai International 12r (morning Heavy Departures) 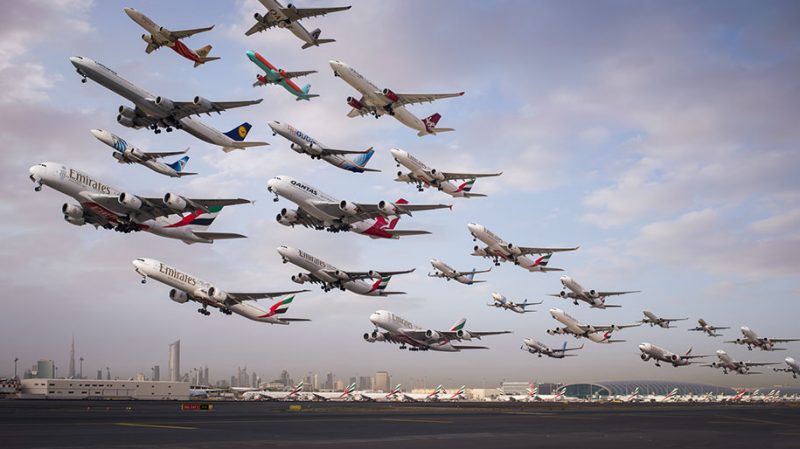 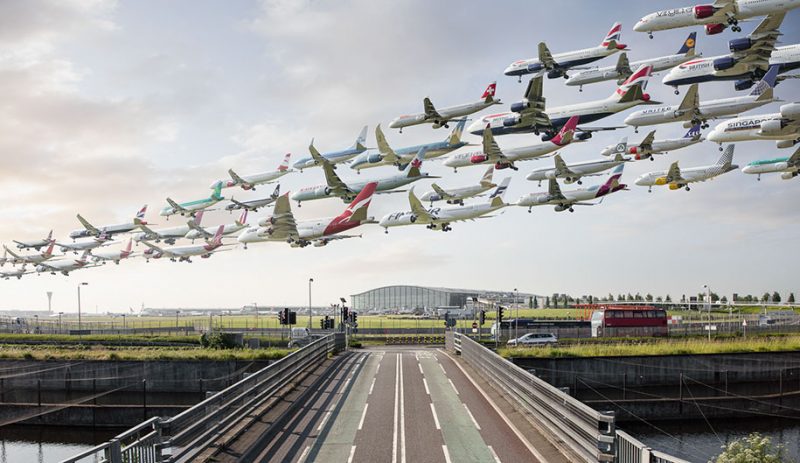 This image was shot during the morning arrivals rush at London Heathrow as flights from Asia and North America descend on one of the busiest airports in the world. 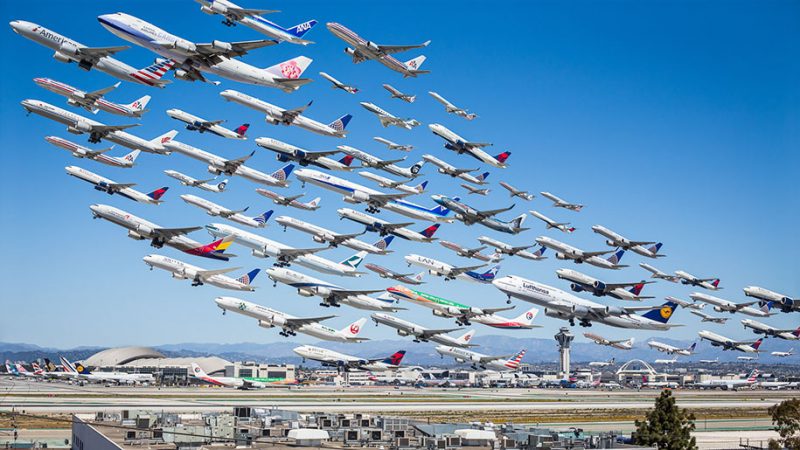 This is the original image which was supposed to be a proof-of-concept for the series. It was extremely successful and convinced me to expand the project to airports around the world. This image shows a day’s worth of takeoffs from LAX’s south runways, though some aircraft have been omitted due to redundancy – i.e., we don’t need to see 84 737s! 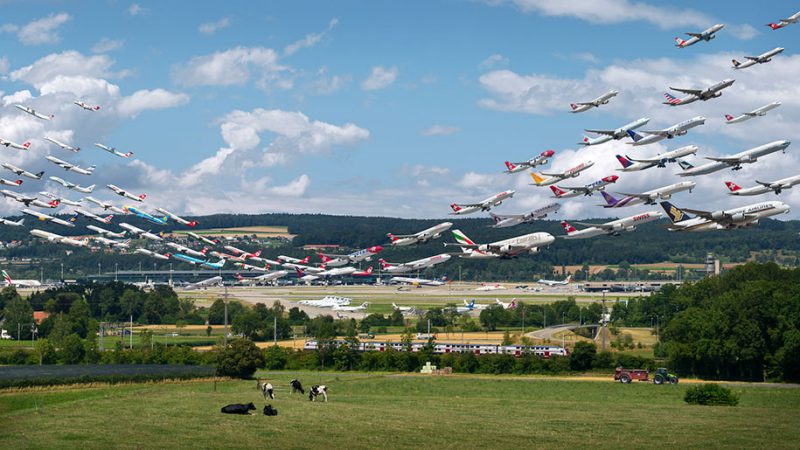 Due to a complicated noise abatement scheme, Zurich Airport actually uses runways oriented in different directions depending on how light or heavy the winds are. This made for a very interesting photo when combined with the idyllic Swiss countryside that surrounds the airport. 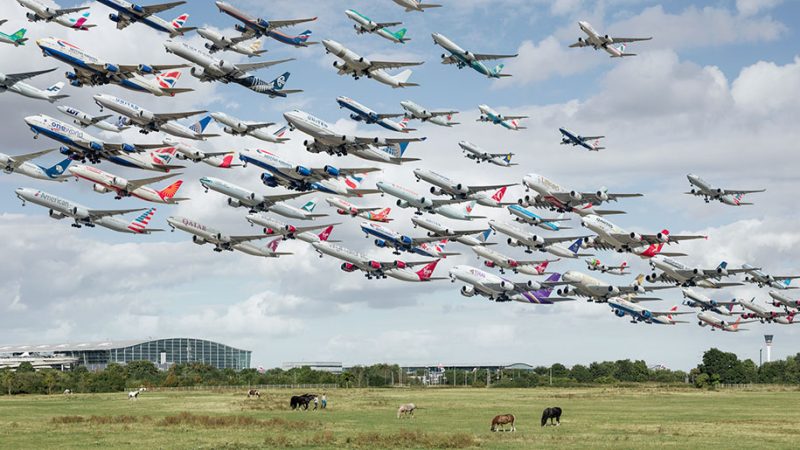 It took THREE trips to London to get these images. The weather there is no joke. It was very difficult to get a full day of clear skies, and even though the day I shot this image on was threatened by clouds, I got lucky and there was no rain or heavy shadow. It made for one of my favorite images of the series. 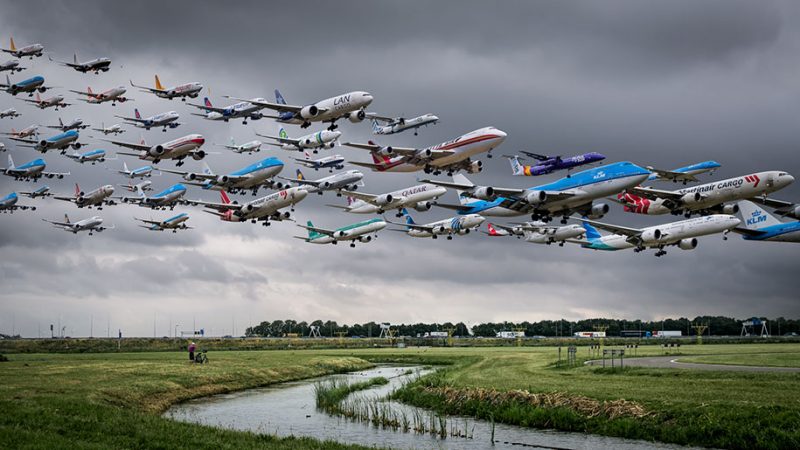 Amsterdam’s Schiphol is surrounded by quintessential Dutch canals and plenty of green grass. Some stormy weather provided an interesting background for the image. 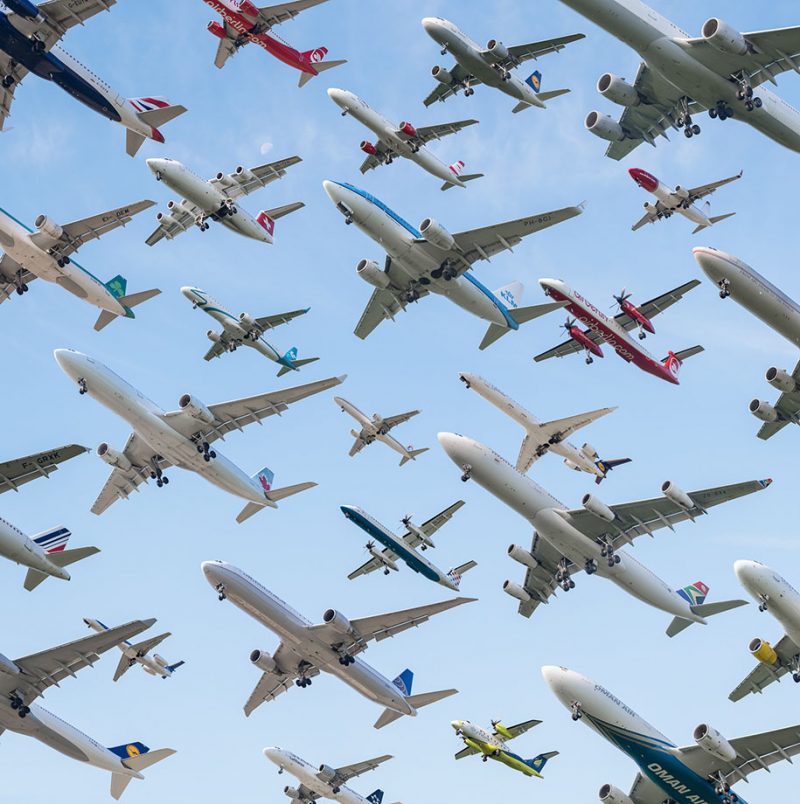 This image was shot from the end of the runway as planes land during the morning rush hour. 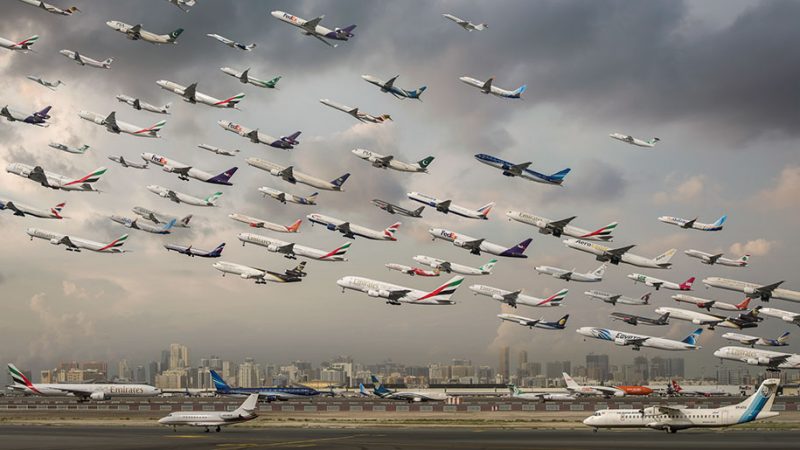 Planes depart from DXB’s runway 30R – with a background of ominous clouds over the neighboring Emirate of Sharjah.
#10 Frankfurt Am Main 25l (missed Approach By Lufthansa A380) 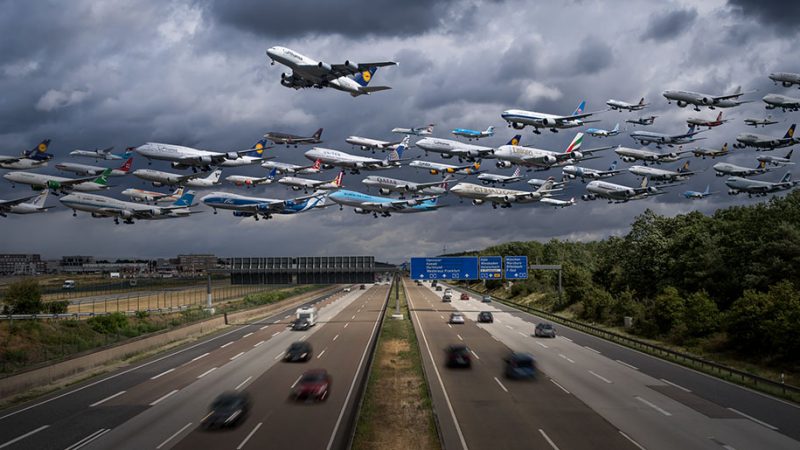 This image was shot in July of 2015 when mainland Europe experienced some once-in-a-decade storms.