A team of costume wearers presented themselves as the subjects of the famous paintings marched around the streets at annual Halloween parade in the city of Kawasaki, Japan, including Leonardo da Vinci’s “Mona Lisa,” Picasso’s “The Weeping Woman,” Johannes Vermeer’s “Girl with a Pearl Earring,” Van Gogh’s self-portrait, Edvard Munch’s “The Scream,” and the “Beast Jesus” by Cecilia Gímenez. The group won the Pumpkin Award of the year (2018) and got the cash bonuses of 500,000 yen (about $4,400). Source 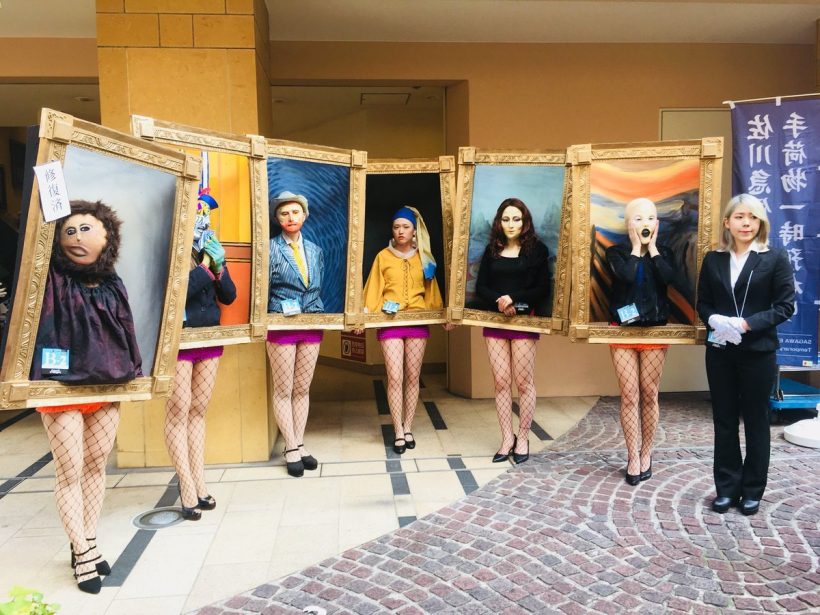 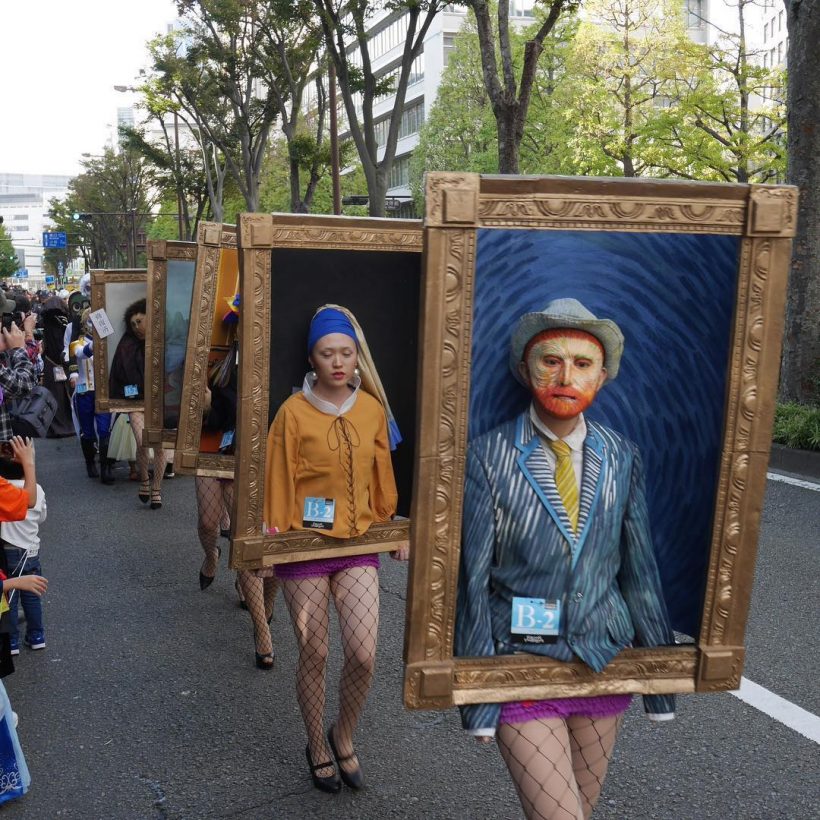 A group of historical masterworks wearing fishnet stockings and heels marched their way through the Greater Tokyo Area.