About 20 kilometers away from the Arctic Circle, Michael Davies and his friend Markus captured amazing pictures by tossing the hot tea at -40°C against the background of sunset. “Prepared with multiple thermoses filled with tea, we began tossing the water and shooting,” Michael Davies talked about his perfect shot, “Nothing of this shot was to chance, I followed the temperature, watched for calm wind, and planned the shot and set it up. Even the sun in the middle of the spray was something I was hoping for, even though it’s impossible to control.” 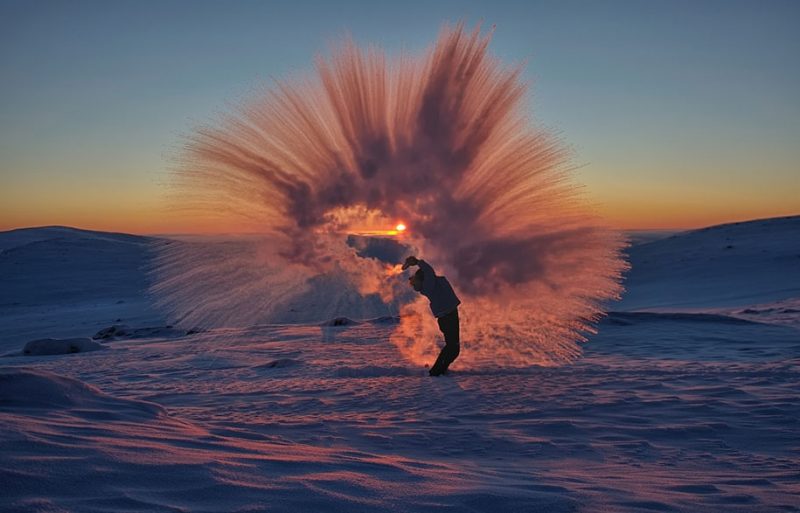 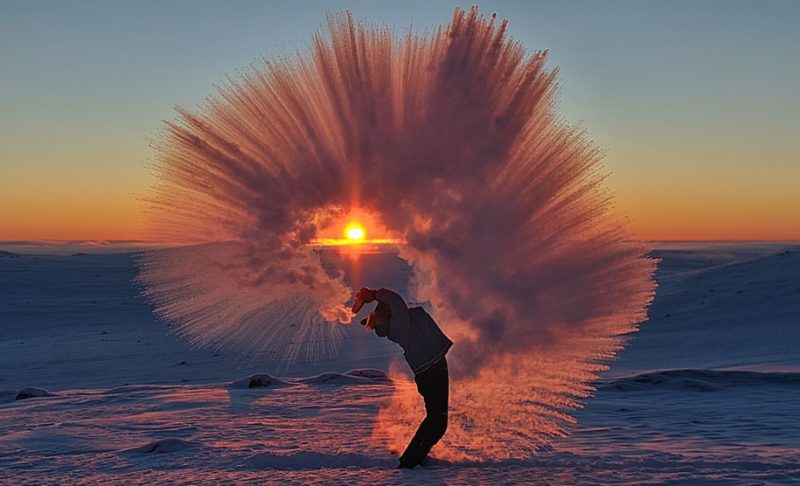 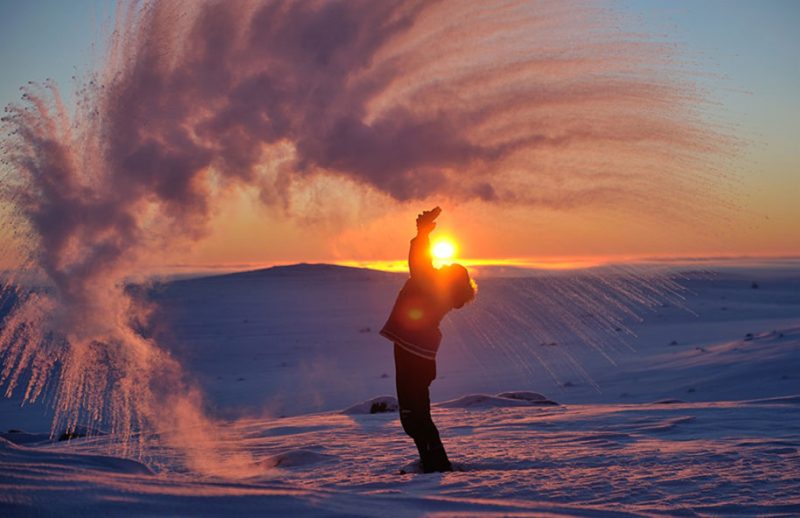