In modern time, environmental pollution is considered as a form of “side effect” that comes along with development and growth, especially the development of industry. Developing, economy growing and urbanization link with pollution, deforestation and acid rain on a large scale, this is a general consensus that environmental pollution becomes one of the most serious problems in China or even the world as a whole. “China is still facing a grave situation in fighting pollution,” Tao Detian, a spokesman for the Ministry of Environmental Protection, in an interview with the official China Daily newspaper.
Journalist Takes Sample Of Red Polluted Water From The Jianhe River 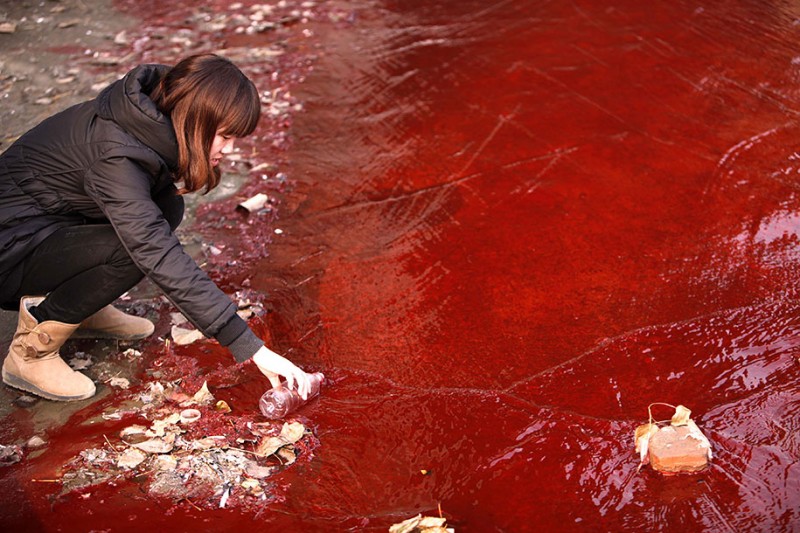 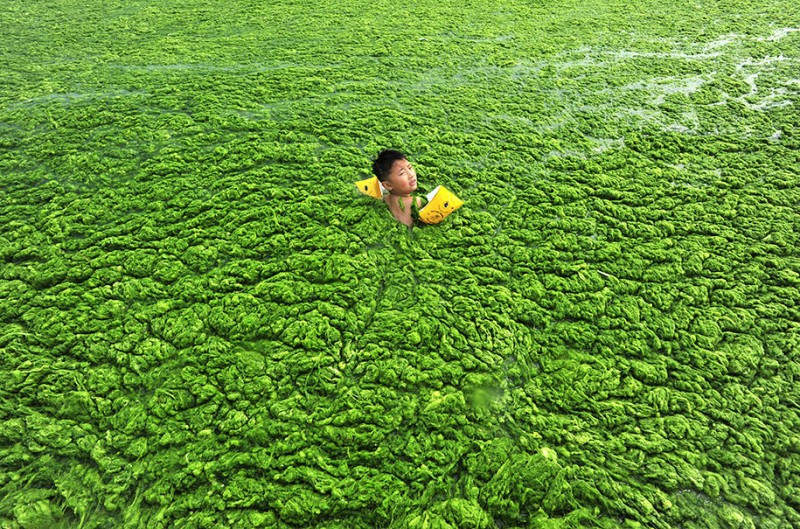 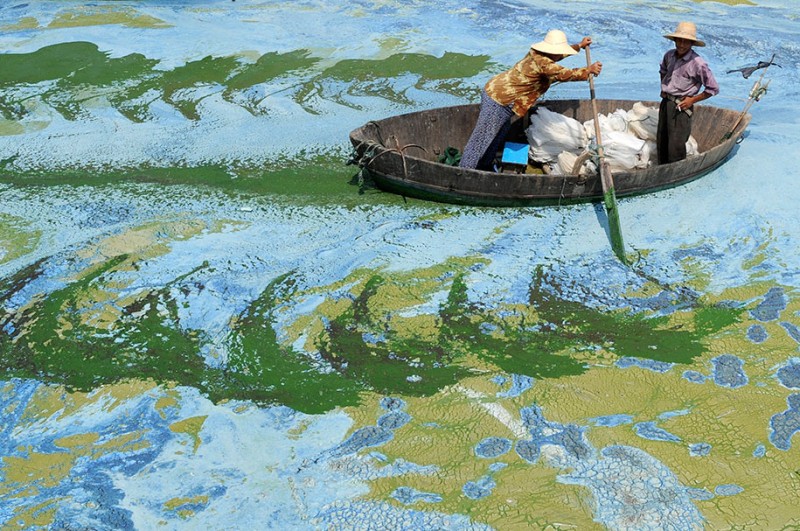 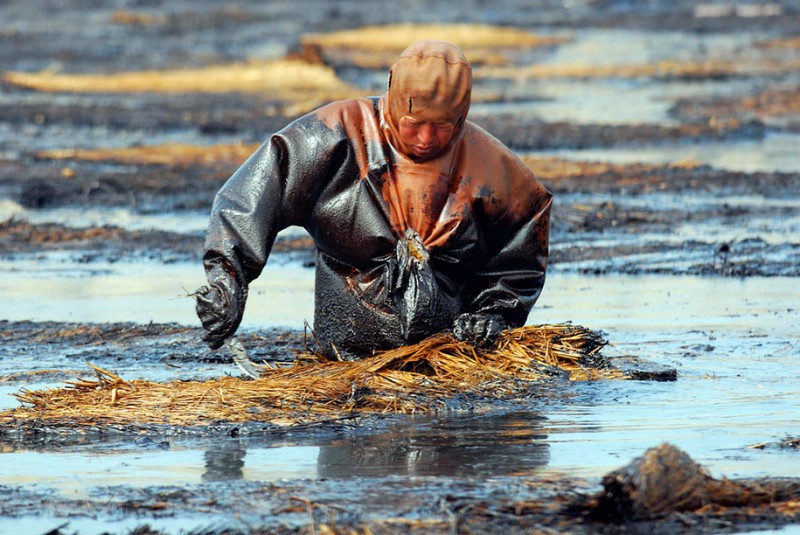 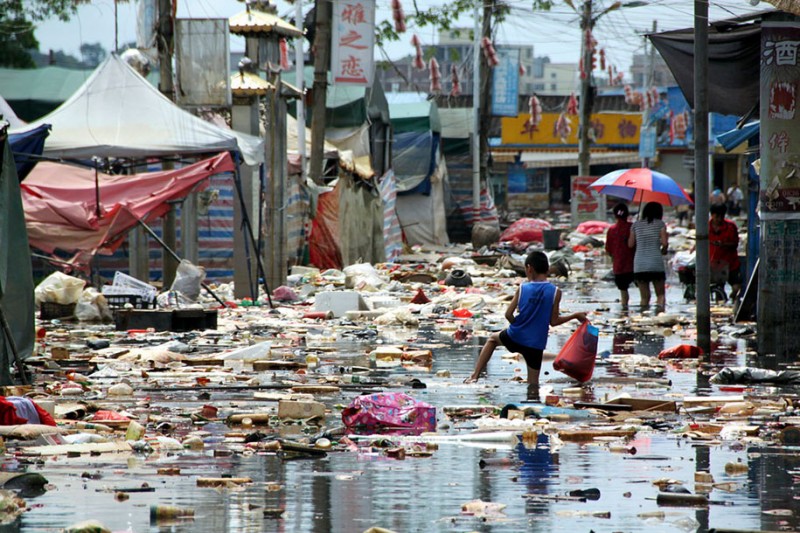 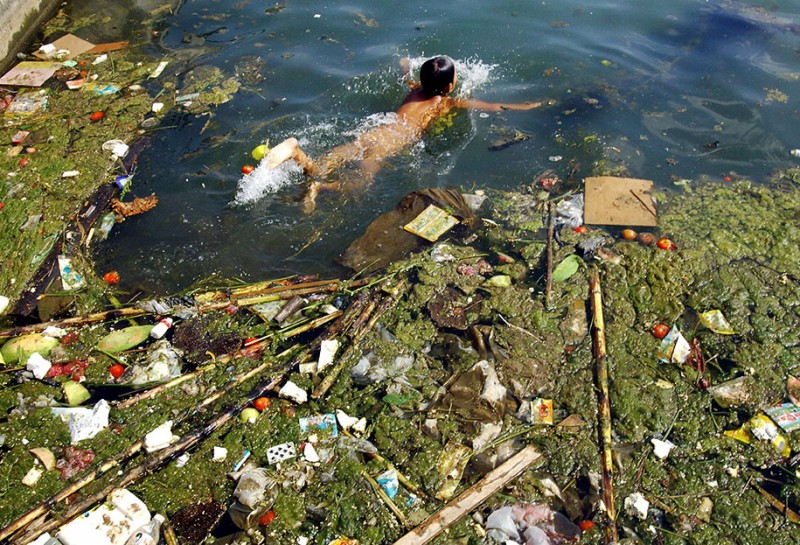 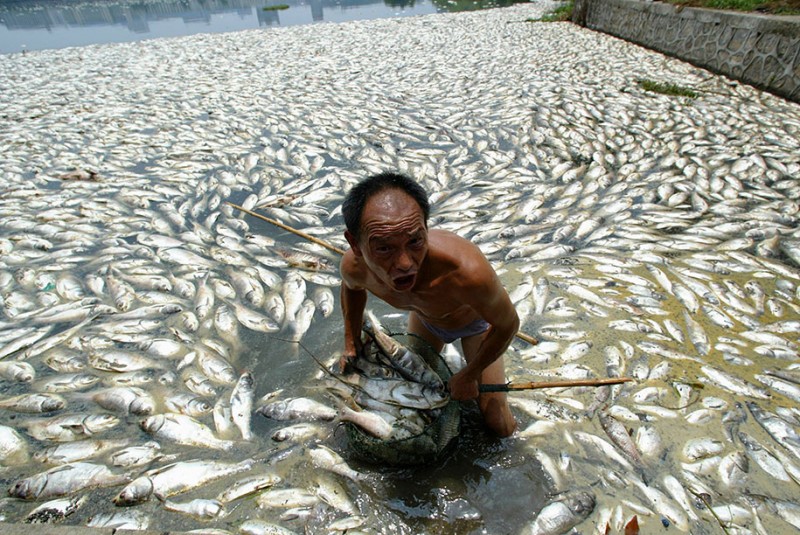 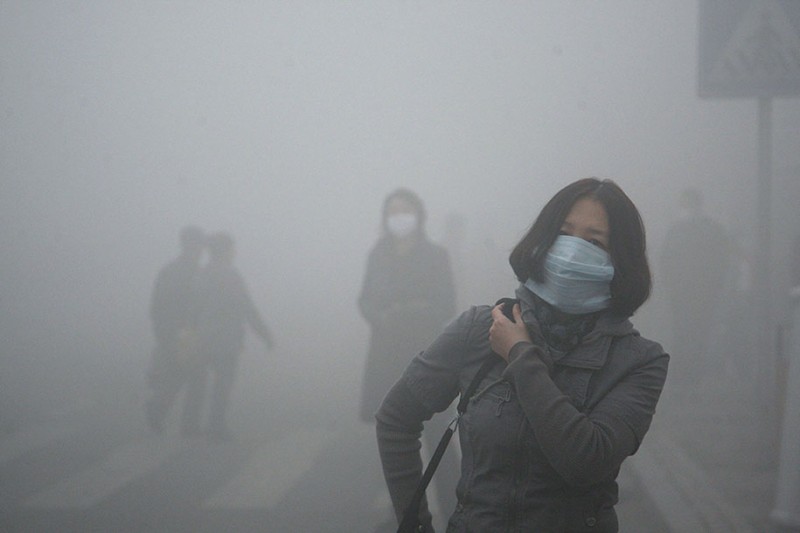 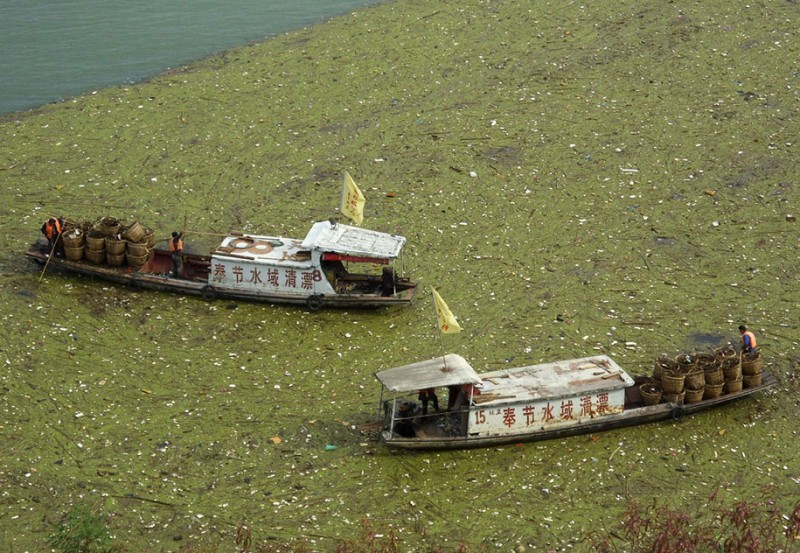 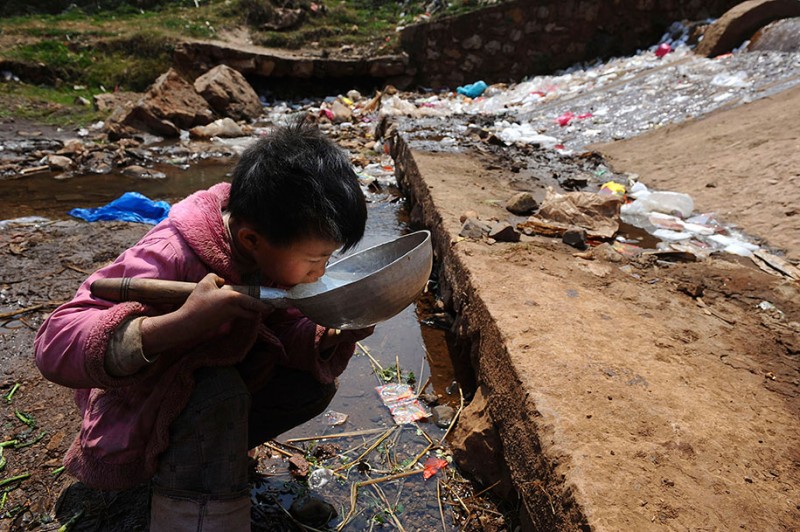 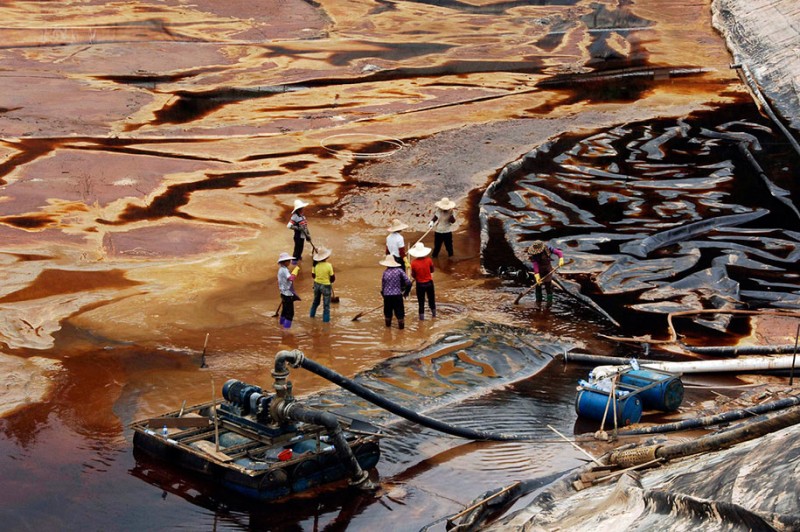 Credits: Reuters
Pollution From A Factory In Yutian, 100km East Of Beijing 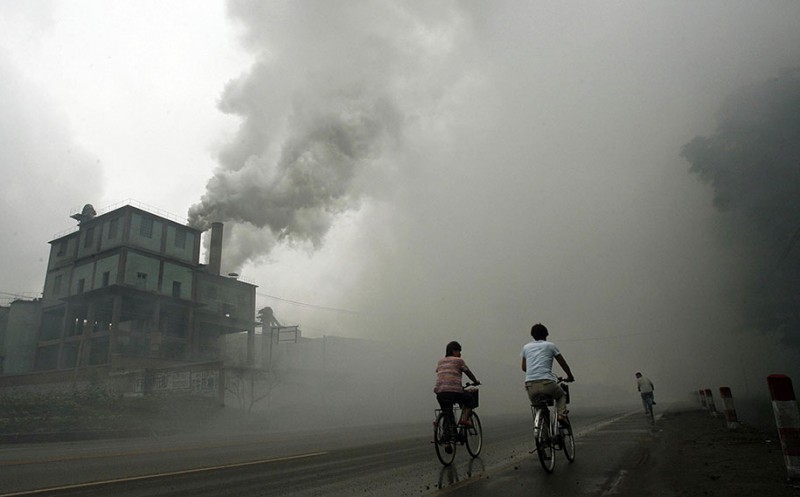 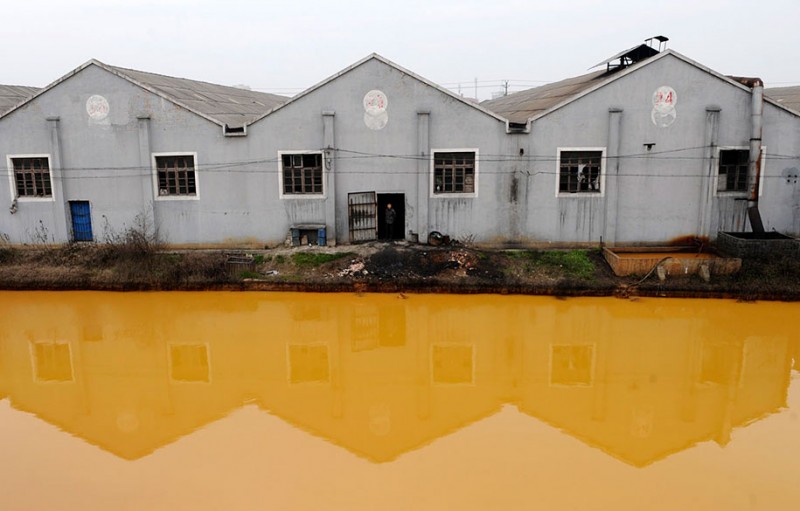 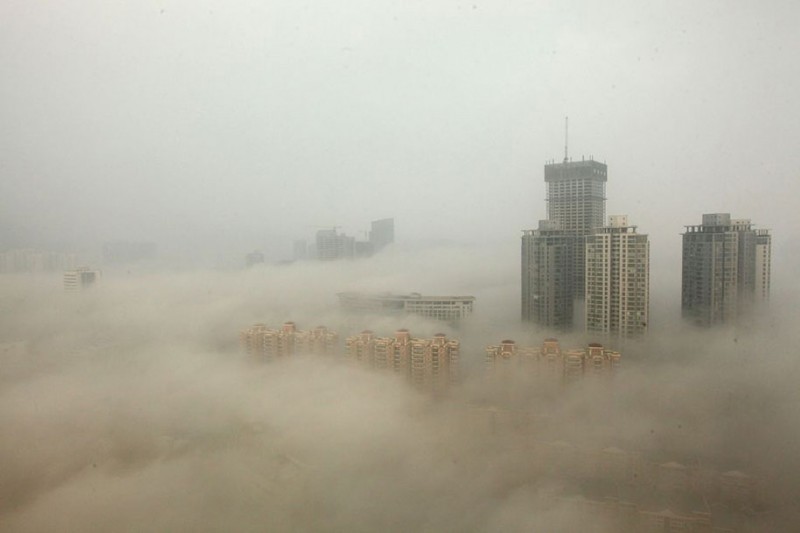 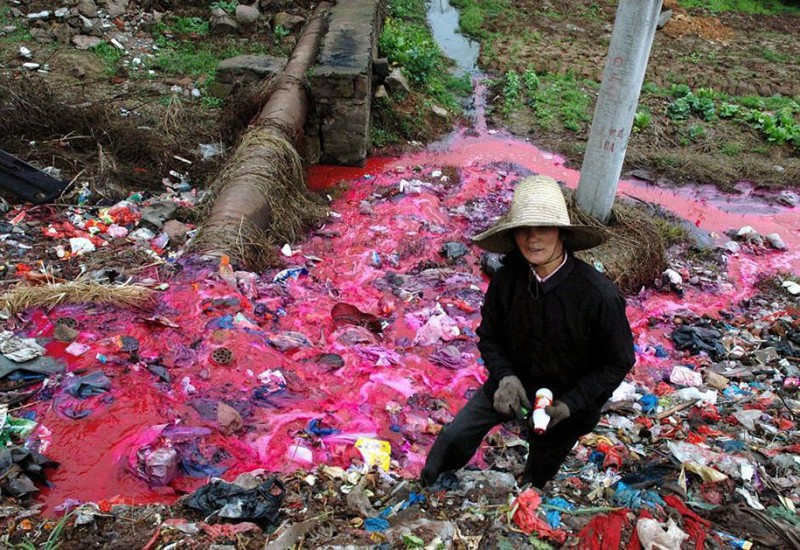 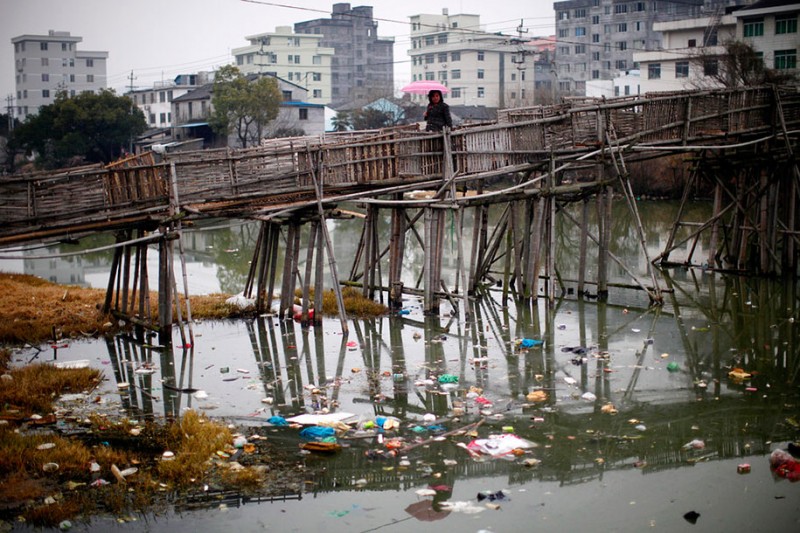 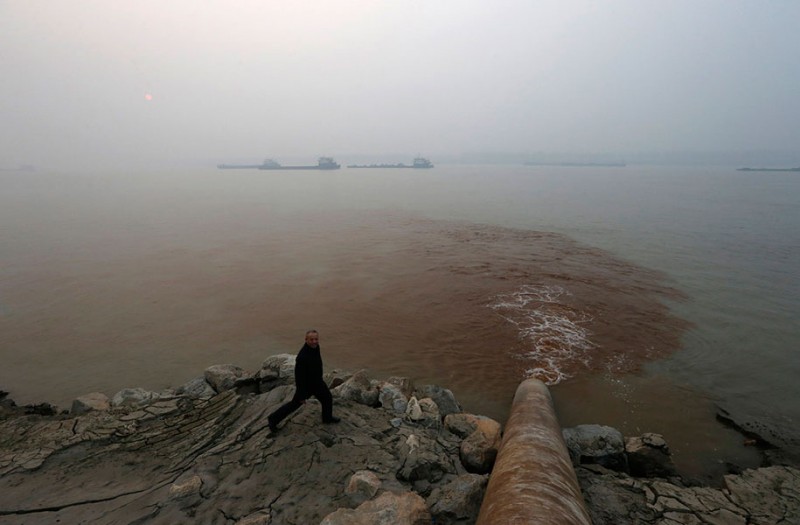 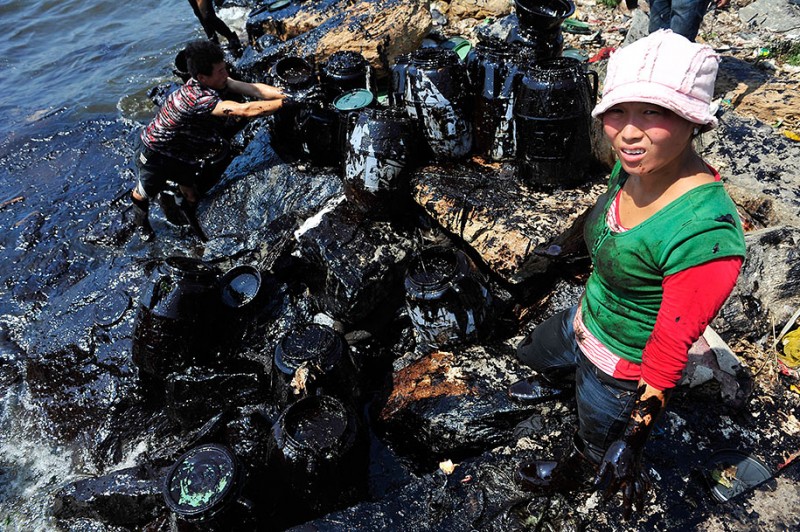 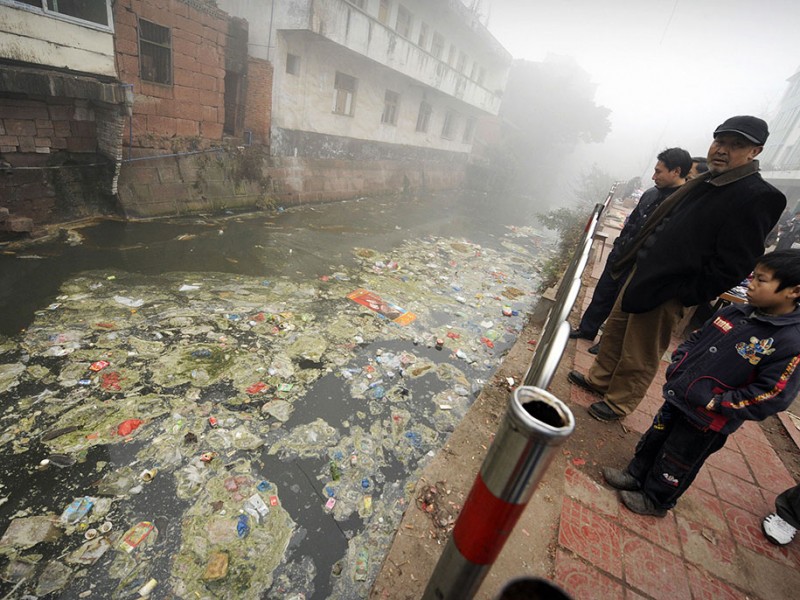 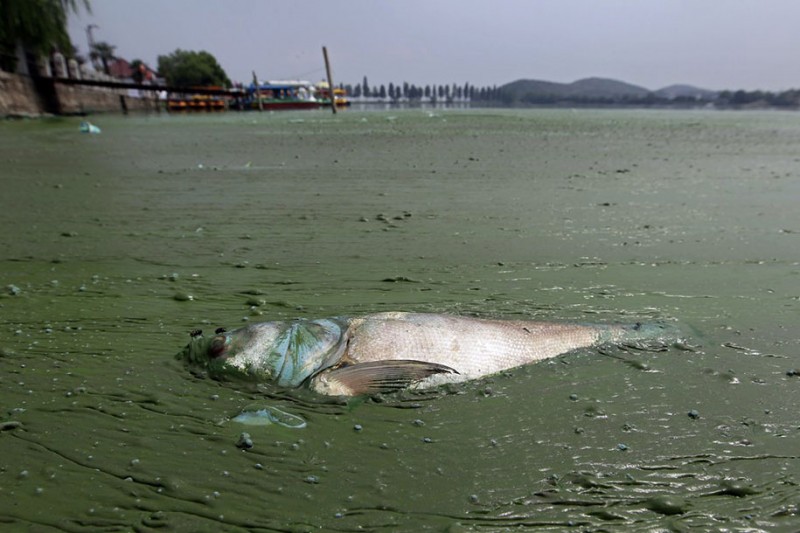