This 6-foot tall bronze and glass sculpture of a giant raindrop resting on a figure’s face as he looks up to the sky is one of a series of ten in Peysazhna Alley (Landscape Alley) at Kiev Fashion Park opened in May 2011, which represents the meaning of man’s relationship with nature, explained by Nazar Bilyk, a Ukrainian artist who created this statue named Rain, “The name of the work is ‘Rain,’ which seems clear and obvious at first glance. However, it is quite broad and has several meanings. Chiefly, it is dedicated to the inner dialogue of a man with himself,” said Nazar Bilyk. “It expresses interrogation of a man in search of senses, unanswered lifetime questions. That’s why the man is holding his head up. The raindrop is a symbol of the dialogue which connects a man with a whole diversity of life forms.” 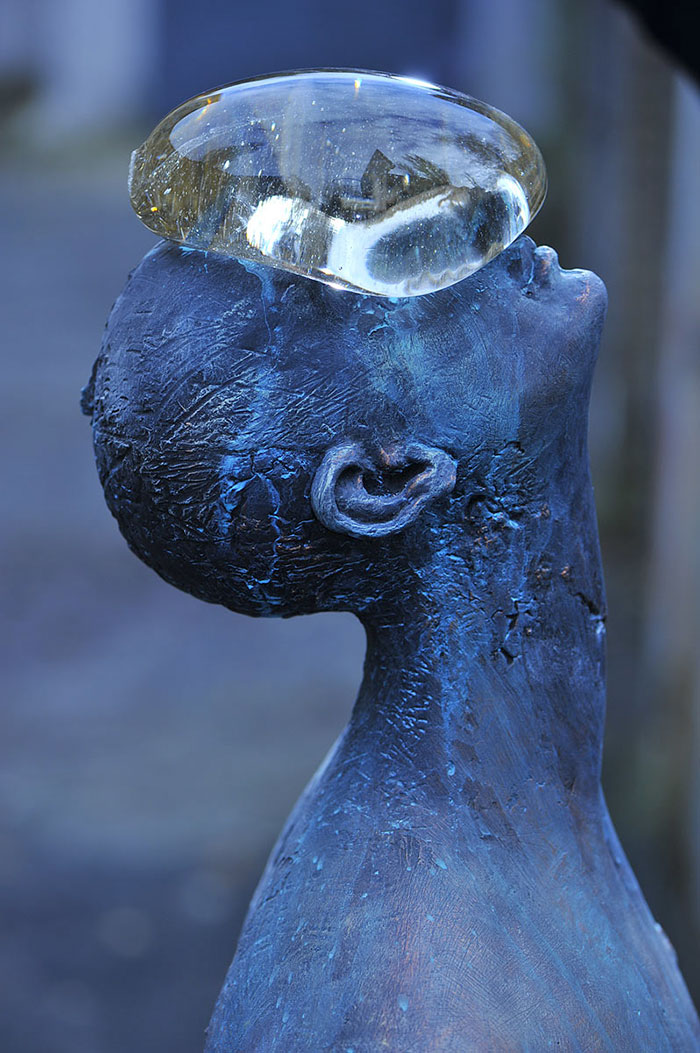 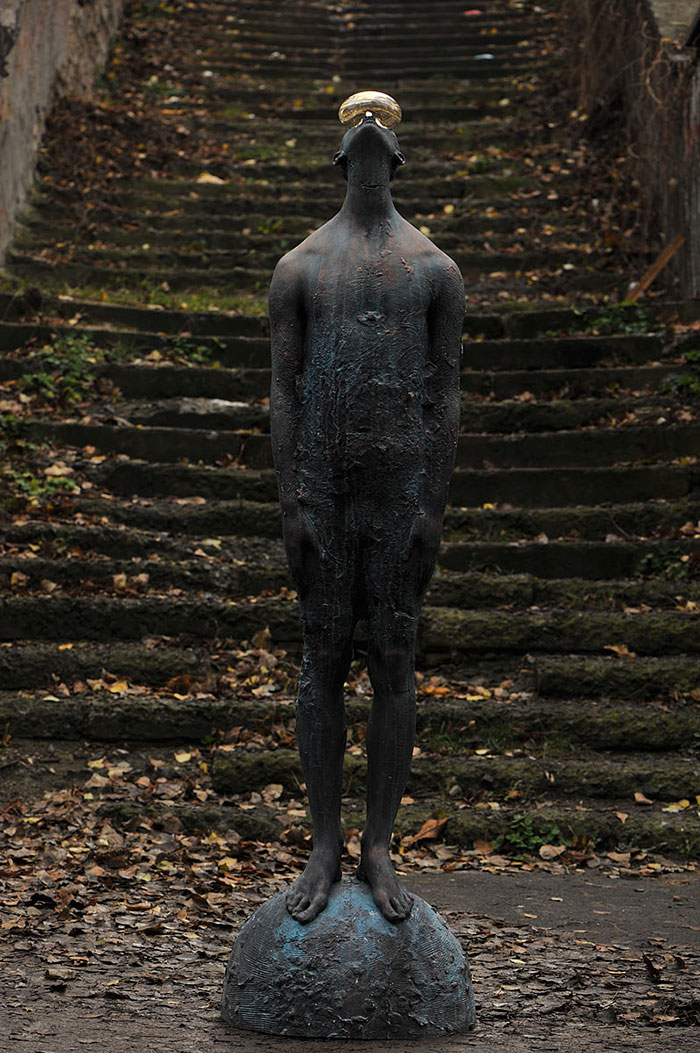 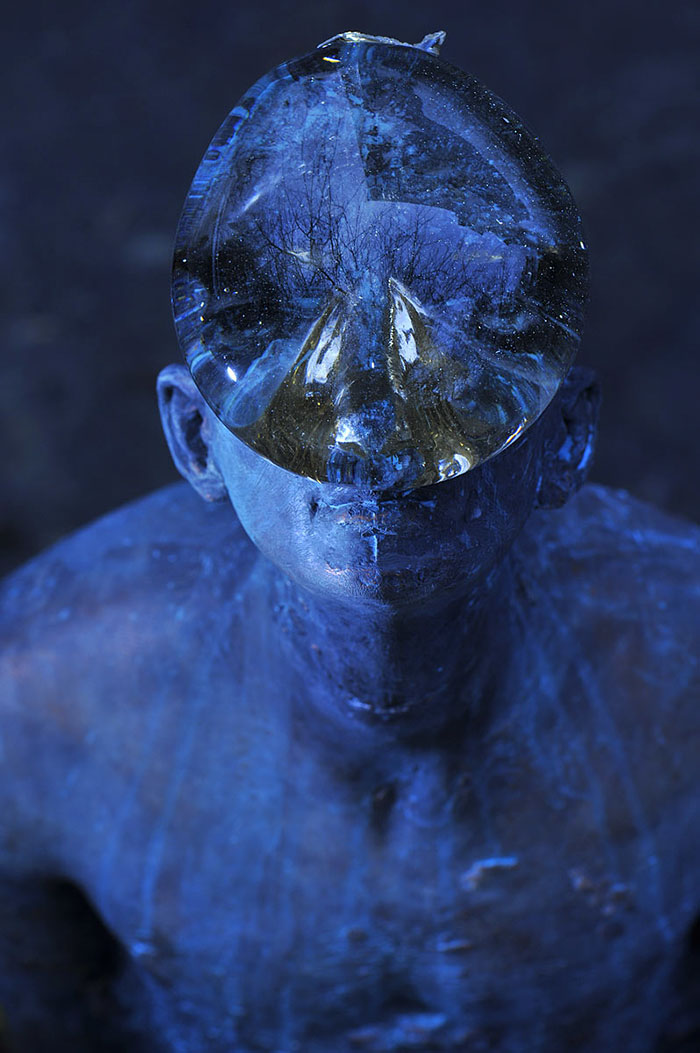 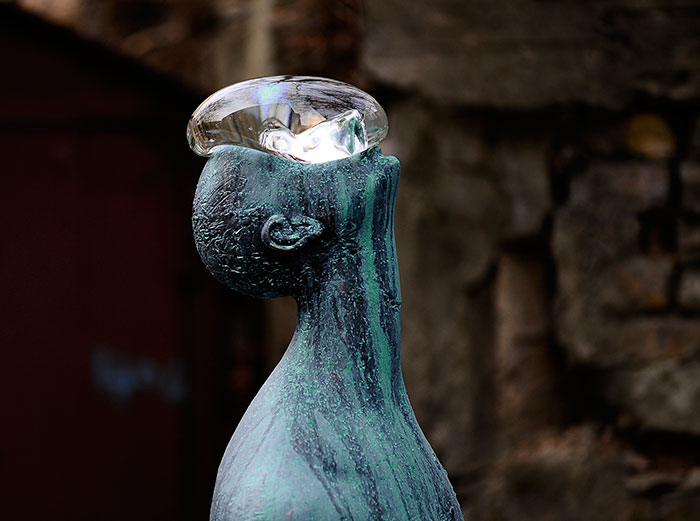 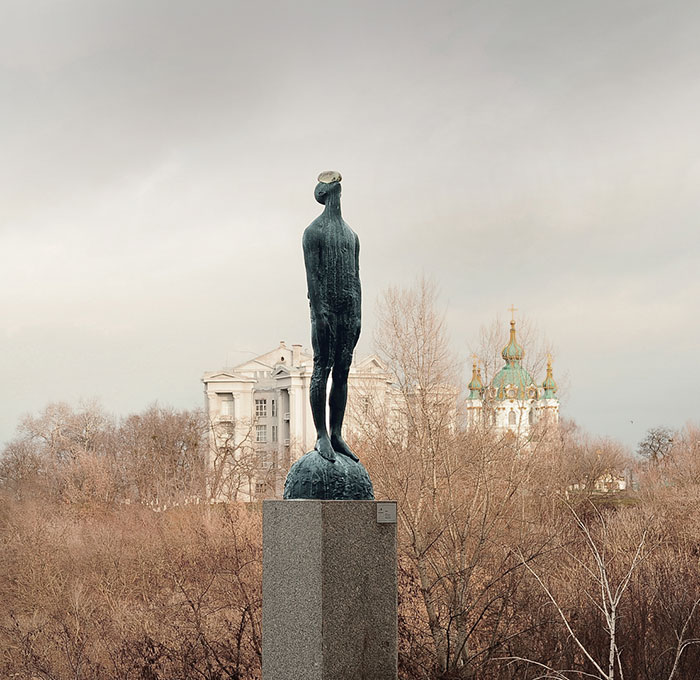 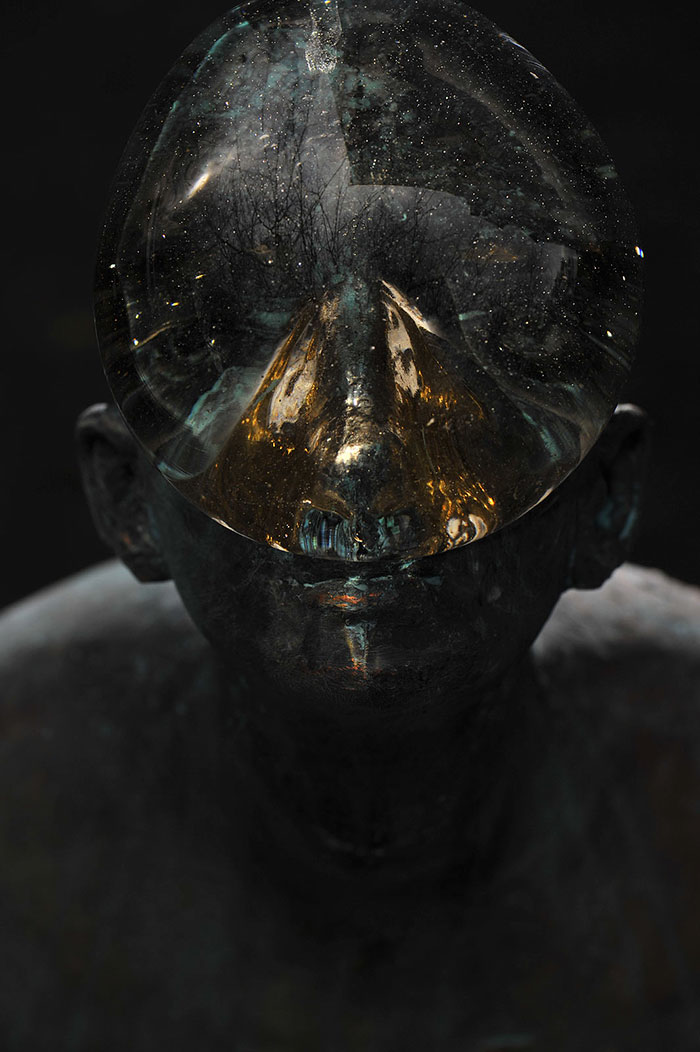 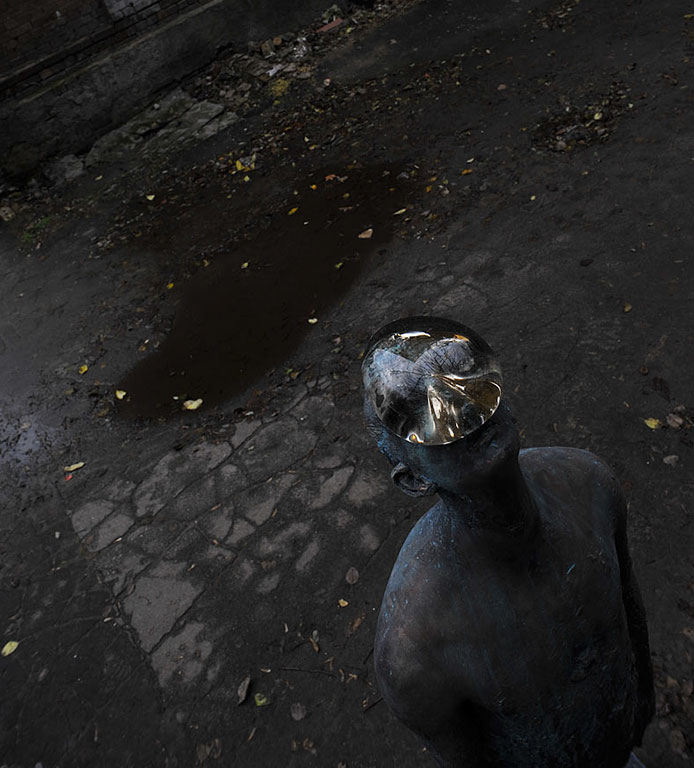