Explorer or daredevil? – Footage of going down into the crater close to the lava

Explorer or daredevil? – Footage of going down into the crater close to the lava

George Kourounis, an explorer and documentarian, along with fellow explorer and filmmaker Sam Cossman and two guides, Geoff Mackley and Brad Ambrose, risked their lives to record video of extreme forces of nature that common people had never thought they would see. The location they shooting at was the Marum crater, which is located in an active volcano in the archipelago of Vanuatu, the South Pacific, with a set of equipment – GoPro, Canon 5D Mark III and Sony NX cameras, adventurers descended deep into the crater near exploding volcano about 1,200 feet as deep as the Empire State Building is tall, and spent four days and dived twice into the “window into hell” to video breathtaking scene. “Getting to ‘Marum’ was kind of like a reverse climbing of Everest,” Kourounis said. “The volcano fought back at us, and we had to deal with terrible weather, tremendous heat from the lava, descending and ascending 400 meters of near vertical, loose rock face, acid rain so strong that it could have come from a car battery, and a variety of other craziness.” Cossman told The Huffington Post. “Undoubtedly, this experience was the pinnacle adventure of my life.” 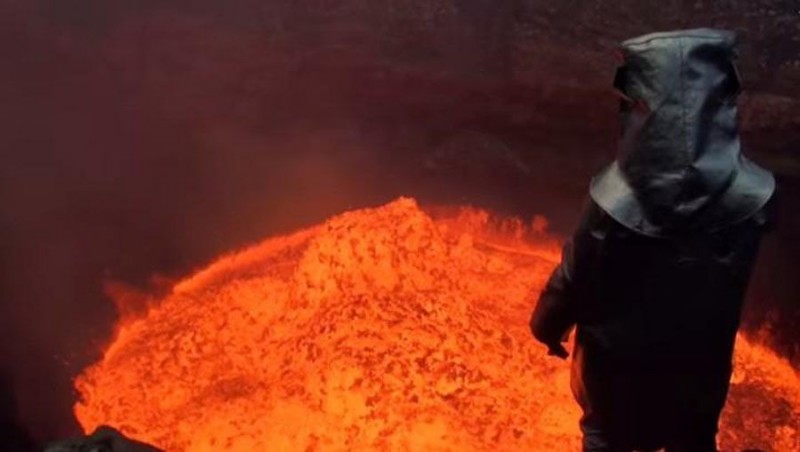 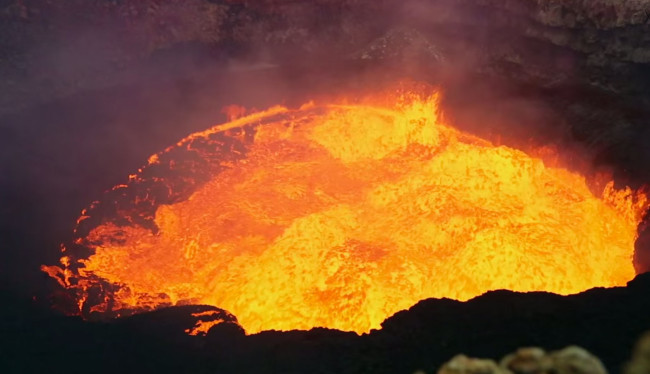 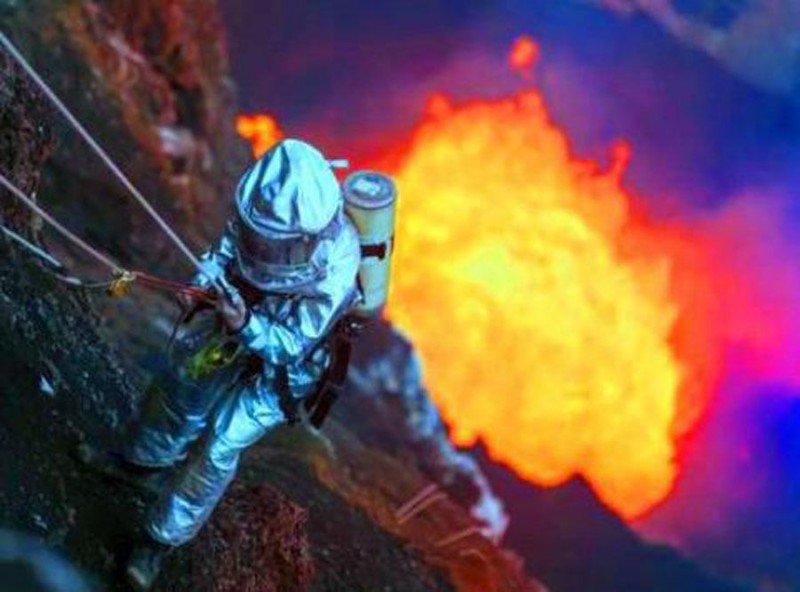 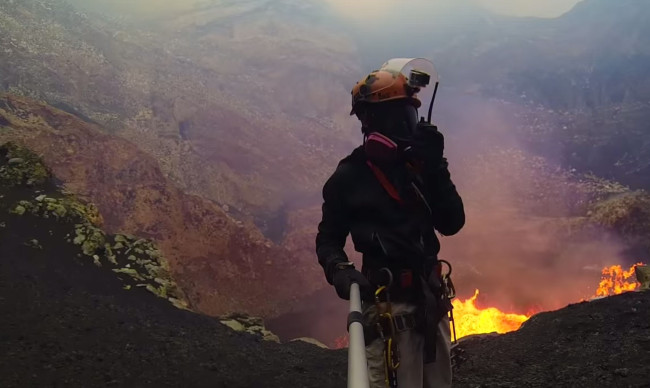 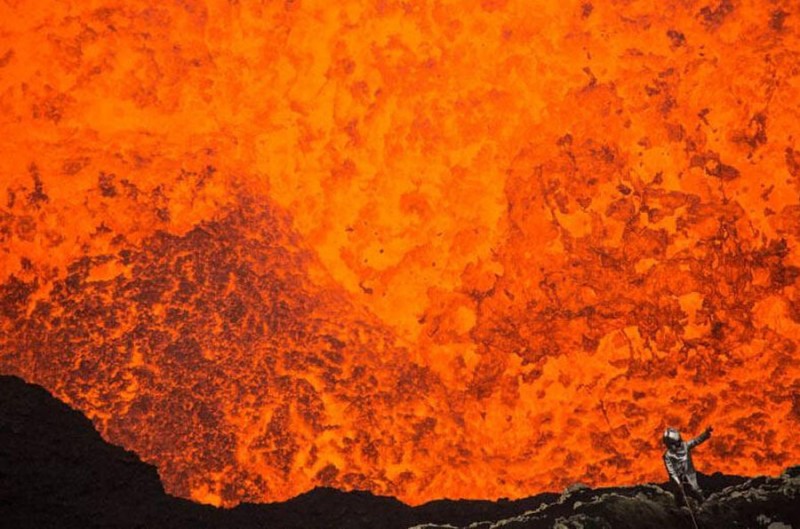 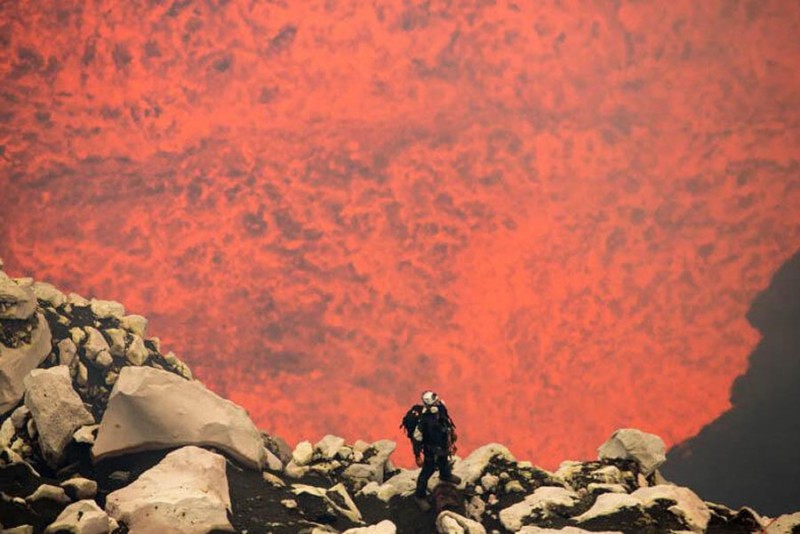 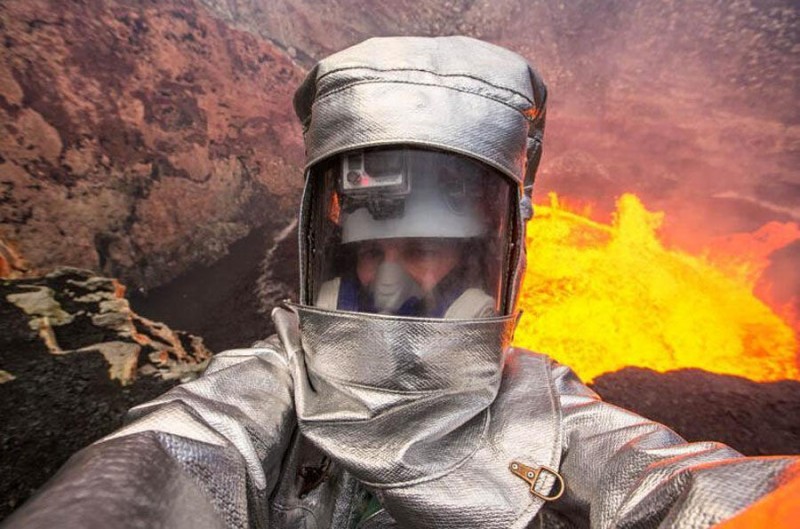 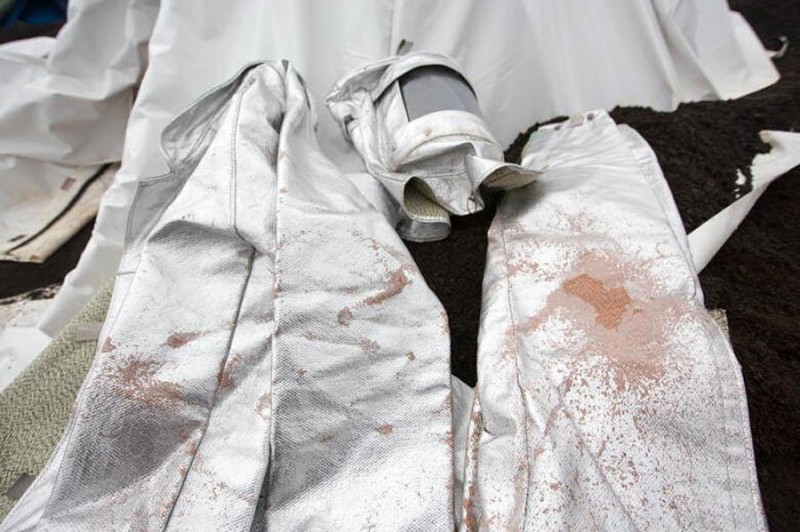