Usually a woman has only one baby at a time, sometimes has two babies (twins), three babies (triplets), four babies (quadruplets), on January 28th, 27-year-old Kim Tucci, a mother of three children, had the surprise of her life that she gave birth to quintuplets: Tiffany, Penelope, Beatrix, Allie and Keith. Australian photographer Erin Elizabeth Hoskins was on the scene and took adorable pictures of five babies born at the same time. 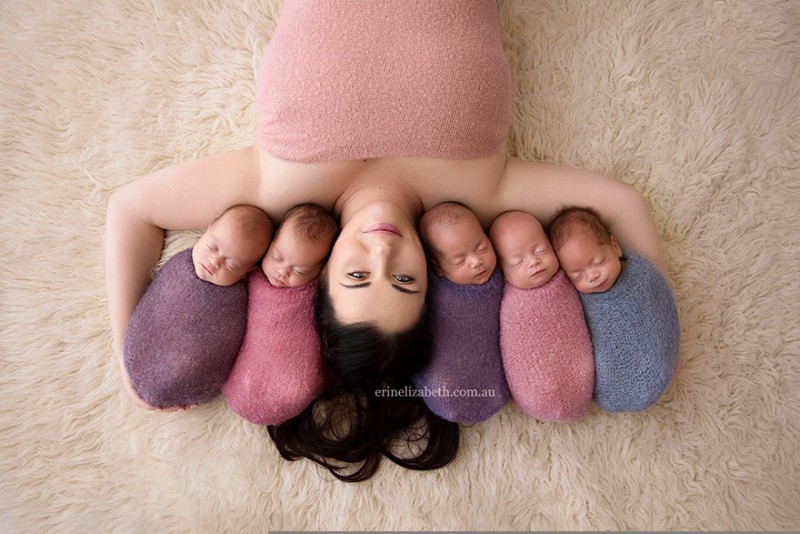 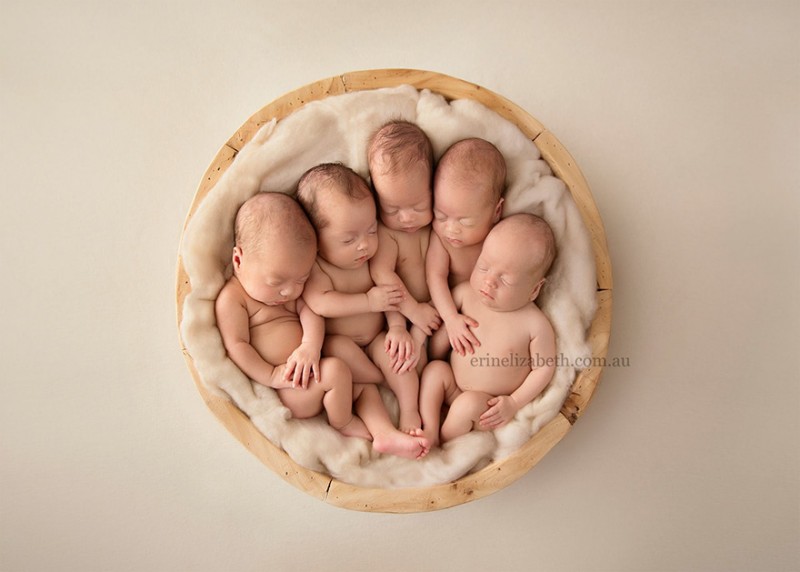 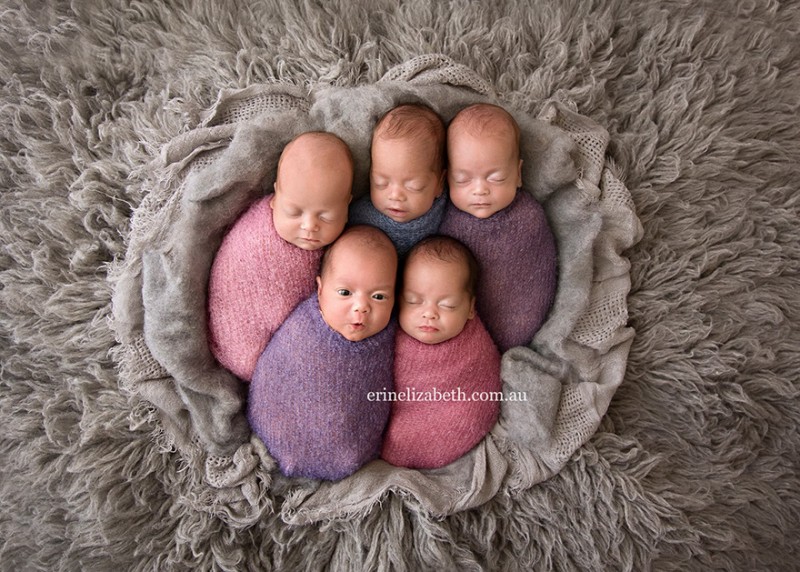 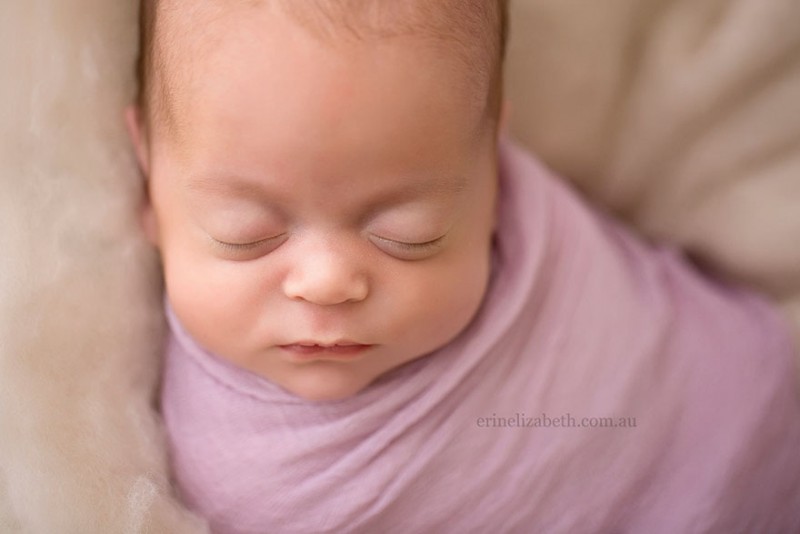 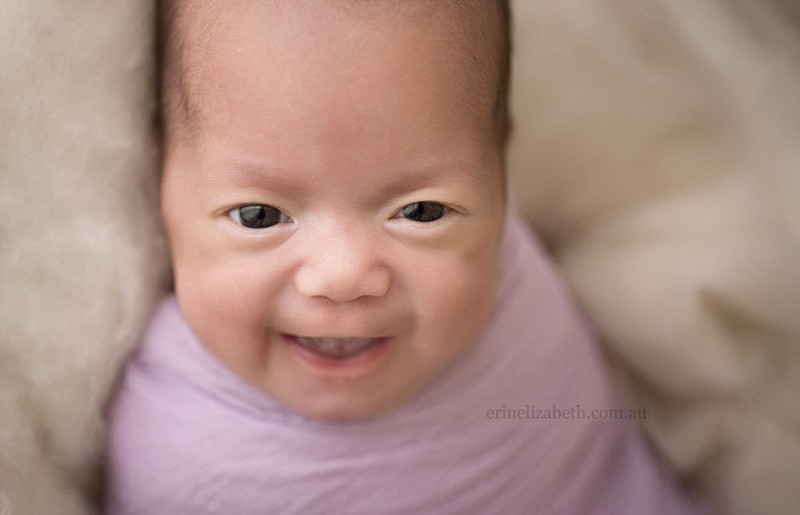 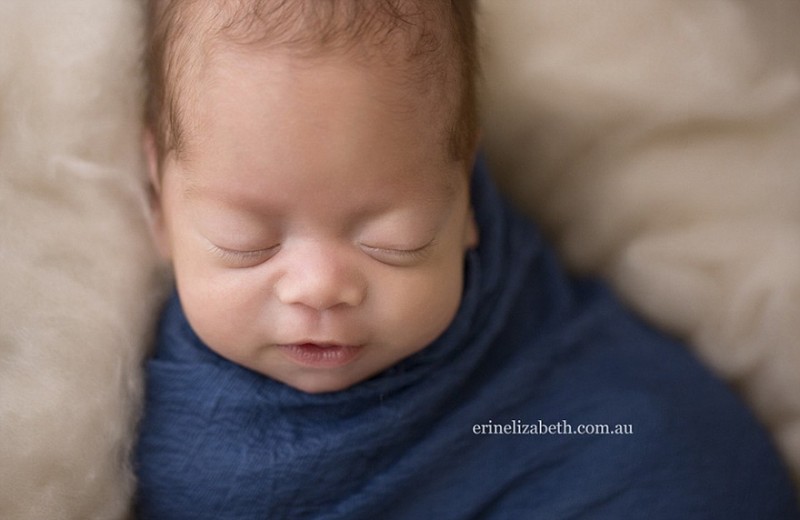 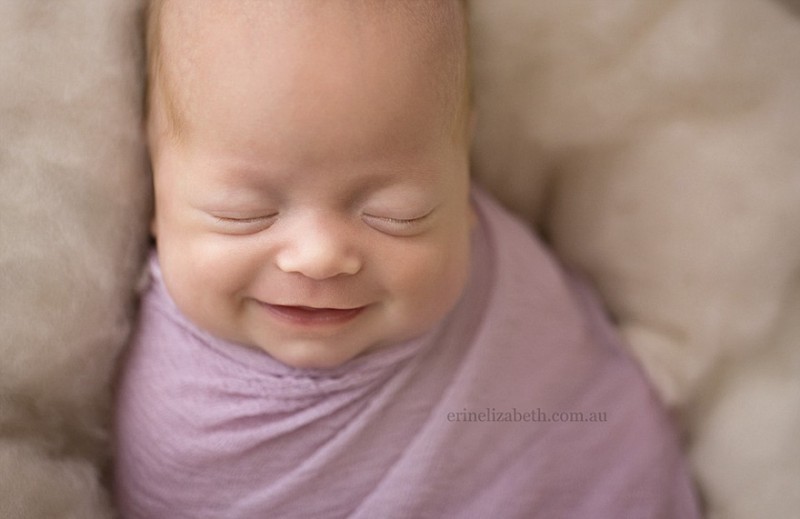 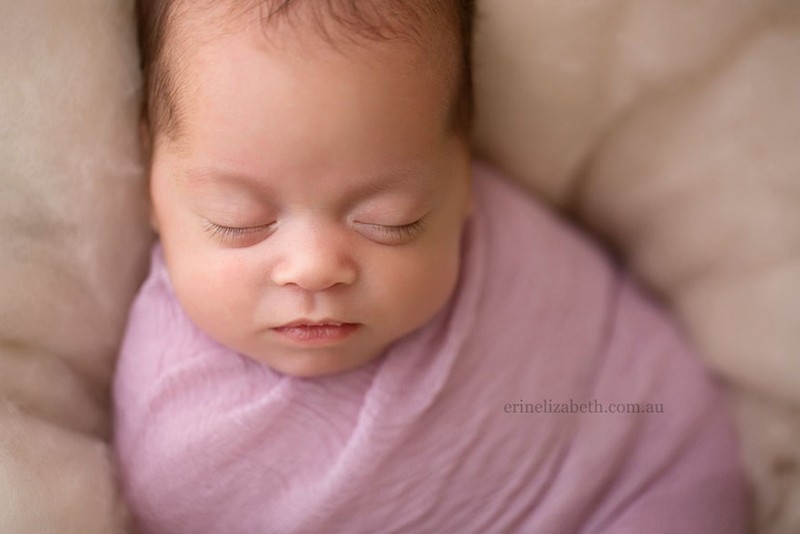 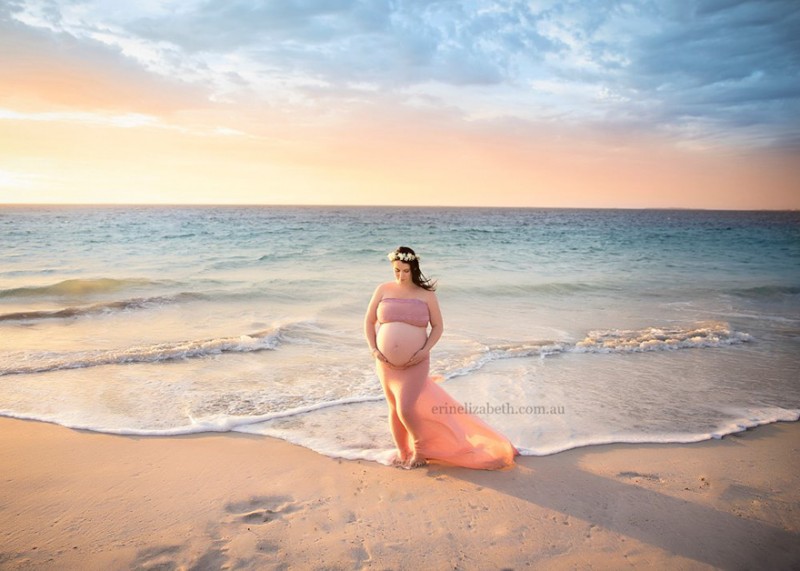 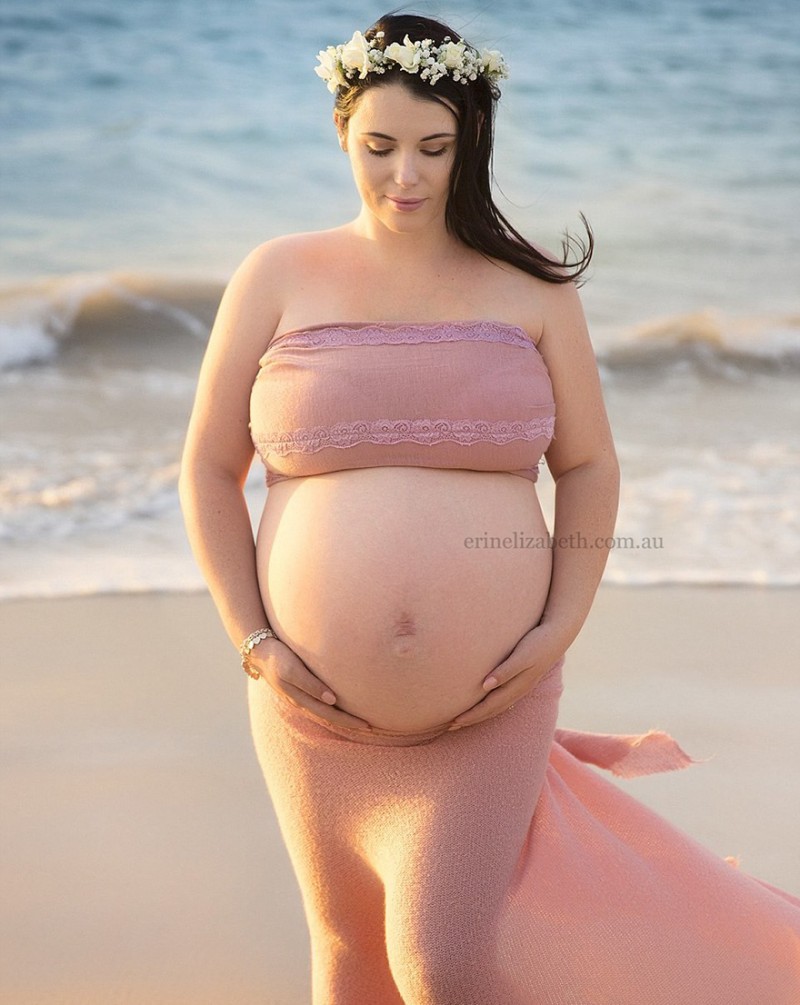 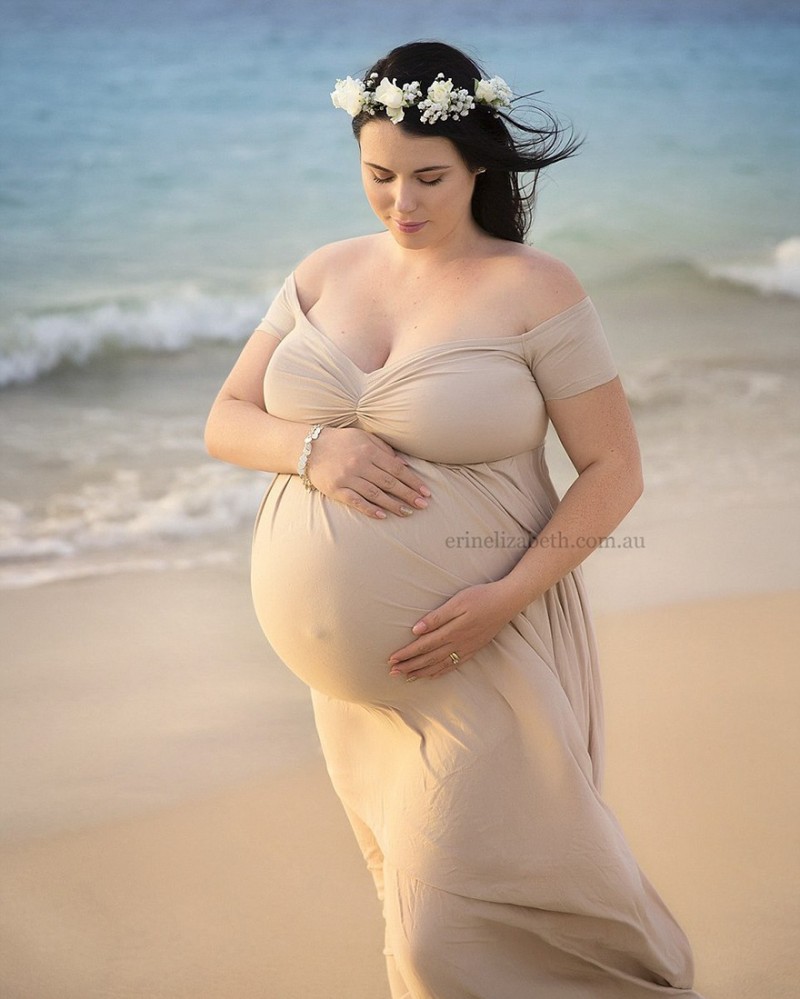