In Indian culture, pink or red wedding dresses are often the garment of choice for brides. Married woman in the north of the country can often be identified by a red dot in the middle of their forehead. 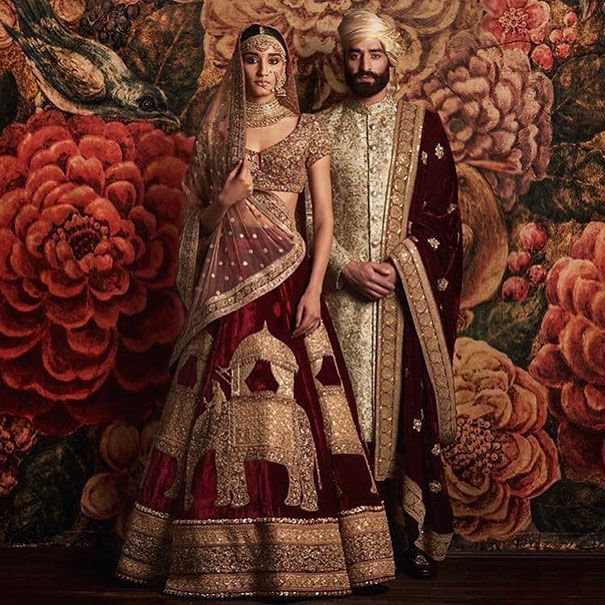 Nigeria is a big country with around 250 ethnic groups and over 500 languages. Wedding ceremonies therefore change according to region, religion and ethnic background. However, Nigerian brides often wear brightly colored wedding clothes. They also often wear a Nigerian head tie called a Gele. 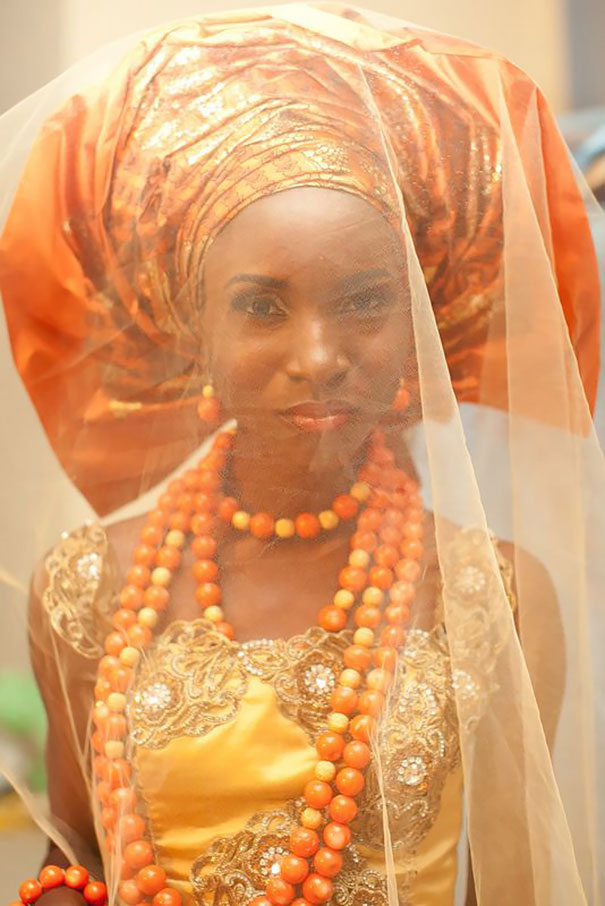 Traditional weddings in Ghana are often very colorful, and each family has its own cloth pattern that features on the bride and groom’s wedding outfits. 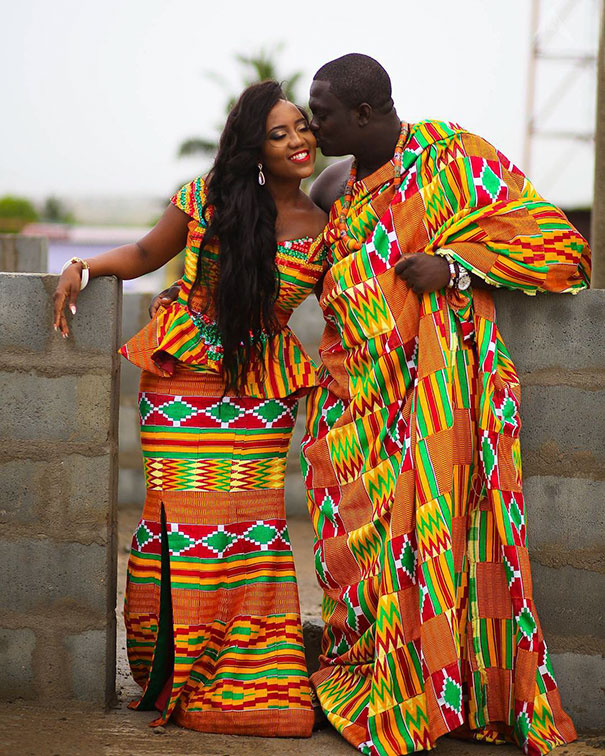 In a traditional Mongolian wedding ceremony, the bride and the groom each wear what’s known as a Deel. A Deel is a form of patterned clothing that’s been worn for centuries by Mongols and other nomadic tribes in Central Asia. 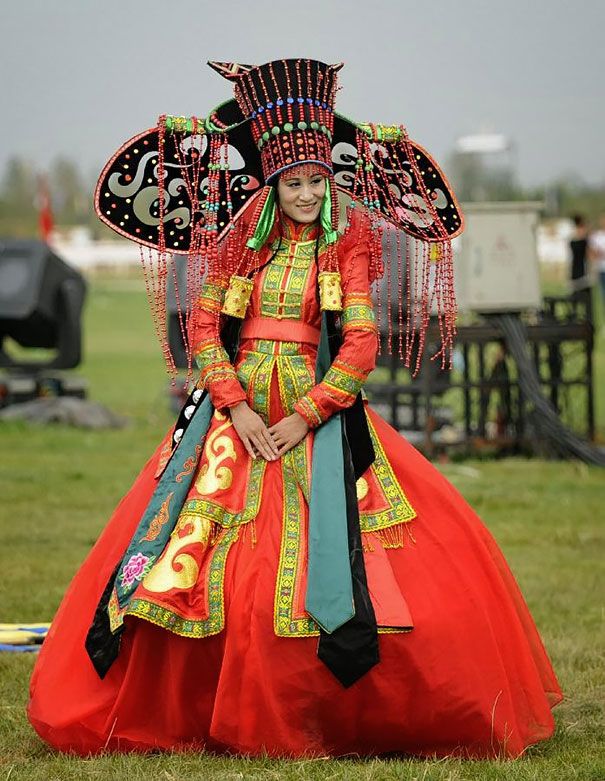 For a traditional Japanese wedding, the bride often wears a pure white kimono for the formal ceremony, which symbolizes purity and maidenhood. After the ceremony the bride may then change into a red kimono to symbolize good luck. 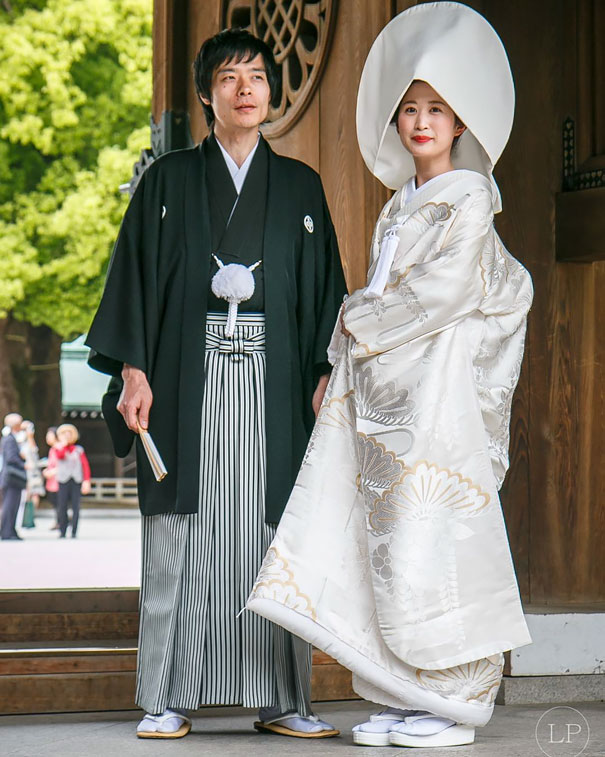 In a traditional Kazakh wedding, brides typically wear a headdress known as a “Saukele” as well as a facial veil. The Saukele is usually prepared long before the girls reach the age of marriage. 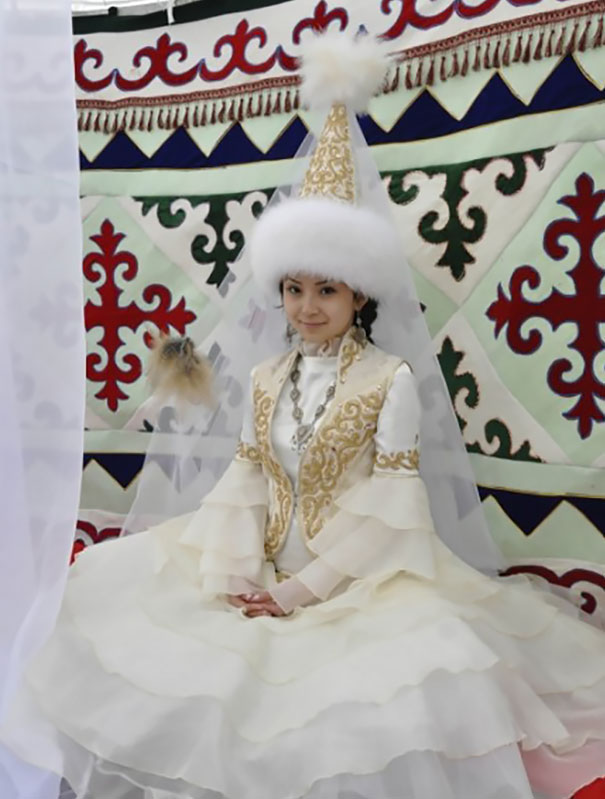 Men in Scotland traditionally wear the kilt of his clan for his wedding. After the ceremony, the bride wears a shawl emblazoned with her new husband’s clan colors to signify her transition into his family. 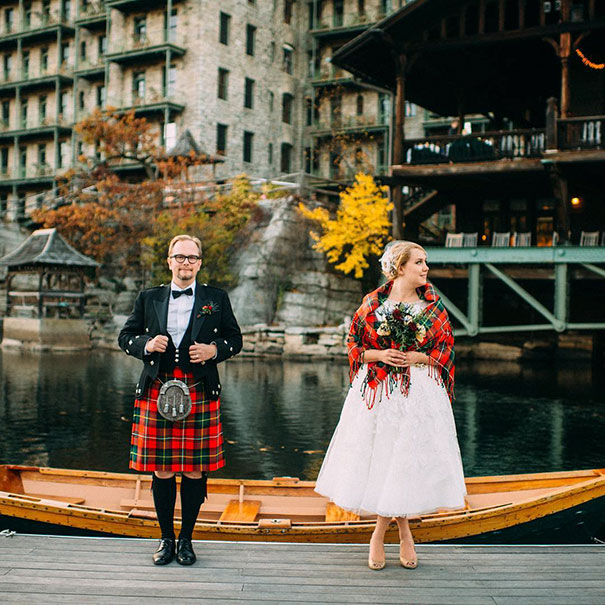 The Hutsuls are an ethno-cultural group of Ukrainians who have lived for centuries in the Carpathian mountains. The traditional wedding clothes are very colorful and the weddings themselves are very lively and full of dancing, games and jokes. 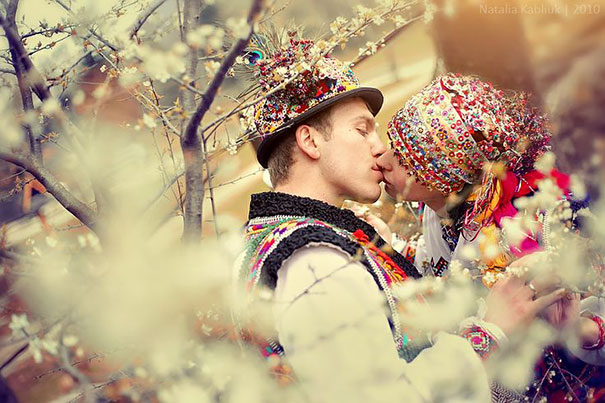 Weddings in Oas are an important event in the north-west part of Transylvania. The wedding is organized by the parents as well as the bride-and-groom-to-be and various different rituals are involved including the preparation of the dowry and the costumes, choosing the godparents, and preparing the wedding flag. 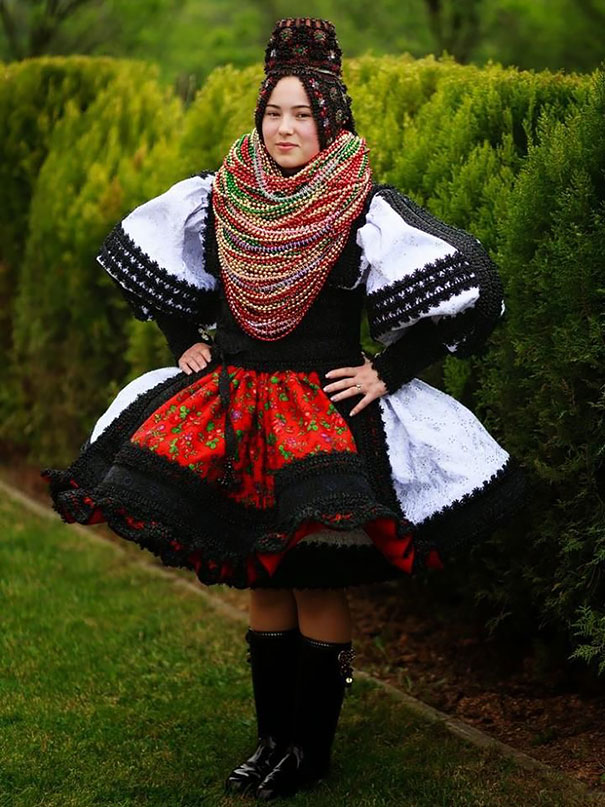 #10 Bride In Gora Region Between Kosovo And Macedonia

The Gorani people are Muslims by faith, but their traditions and customs contain various pagan elements. The bride is carried on a white horse covered with a scarf and a specially decorated umbrella during wedding festivities, and she accompanies her family to the neighbour’s house of her husband-to-be. 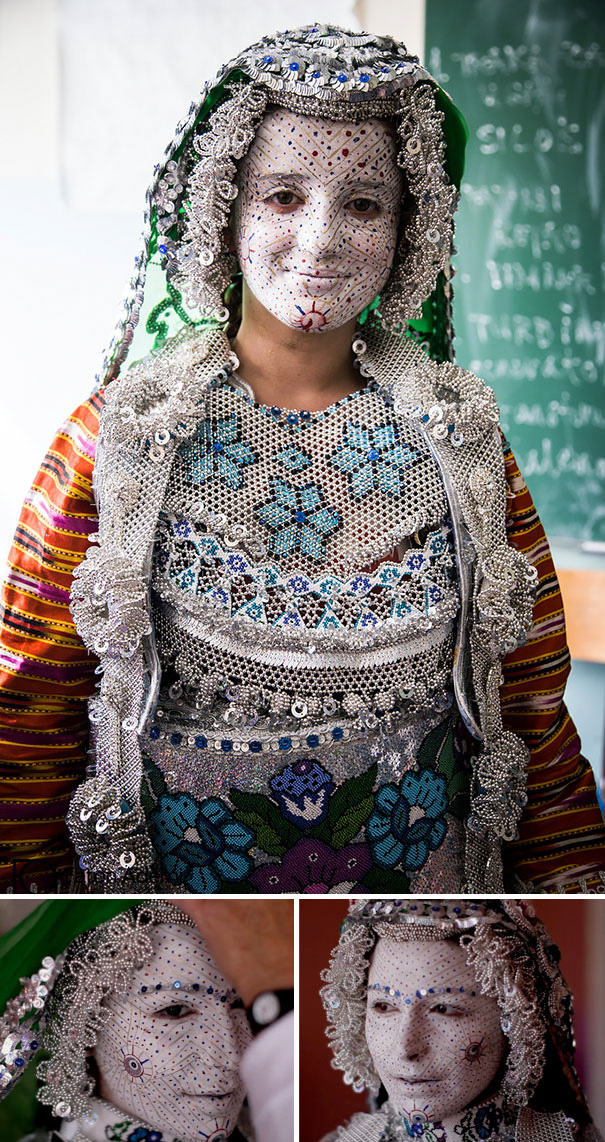 Red is the traditional color of Chinese wedding celebrations, there are always filled with red things that indicate auspicious blessings and respects, of course, the bride and groom are all in red. 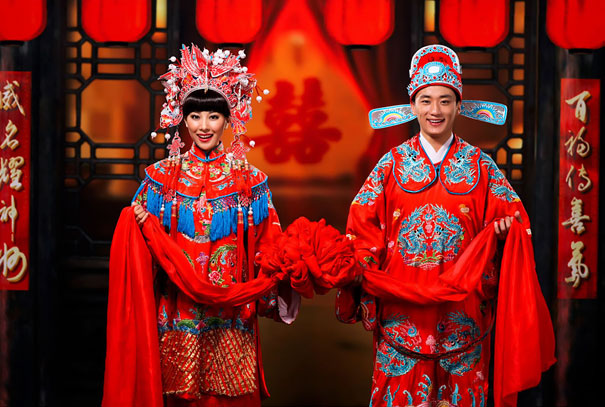 The Yakan are an ethno-linguistic group that mostly inhabit the island of Basilan in the Philippines. Traditional weddings usually consist of two ceremonies, an Islamic one and an older, pre-Islamic ritual. The weddings are arranged by the parents and both the bride and groom wear face paint for the ceremony. 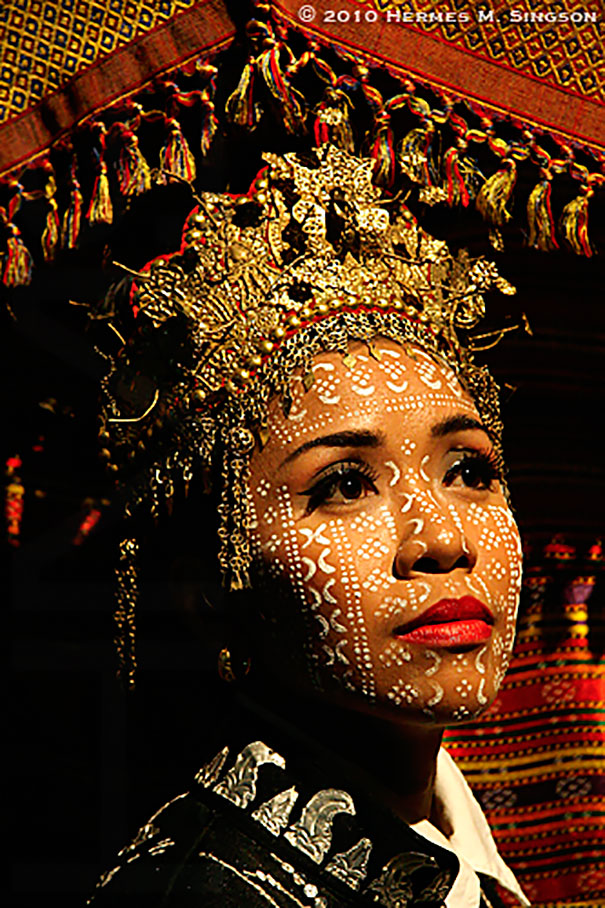 In traditional Hungarian weddings, a brides attire usually includes an embroidered dress with floral patterns and three bright colors. She often wears many underskirts as well as an elaborate head-dress with wheat woven into it. 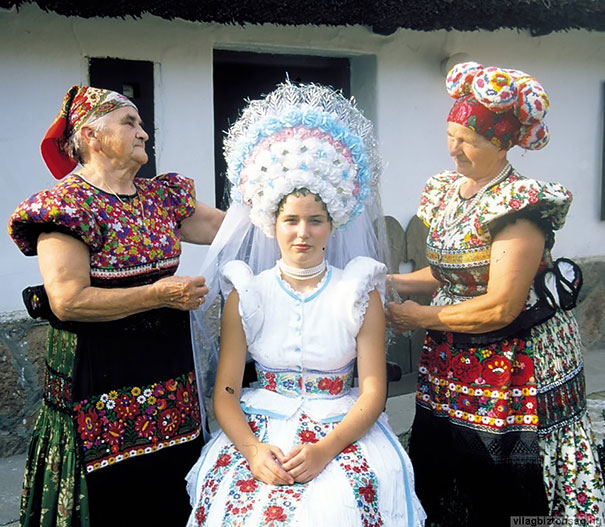 In Norway, the traditional wedding costume is called a Bunad. It can also be worn for other occasions such as christening parties. 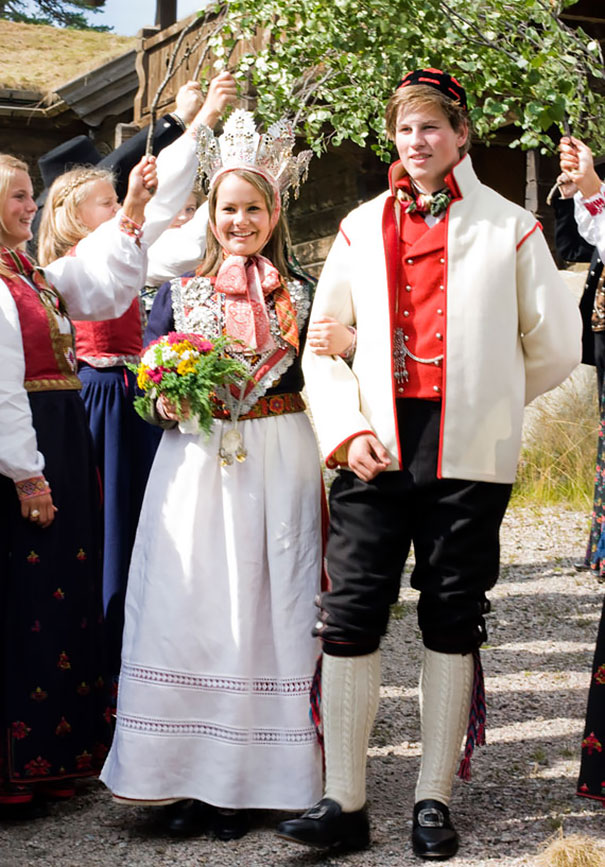 Traditional Andean wedding outfits are often bright and include woven cloaks and hats adorned with tassels and reflective material. A special skirt and poncho is made for the bride and groom’s wedding day. 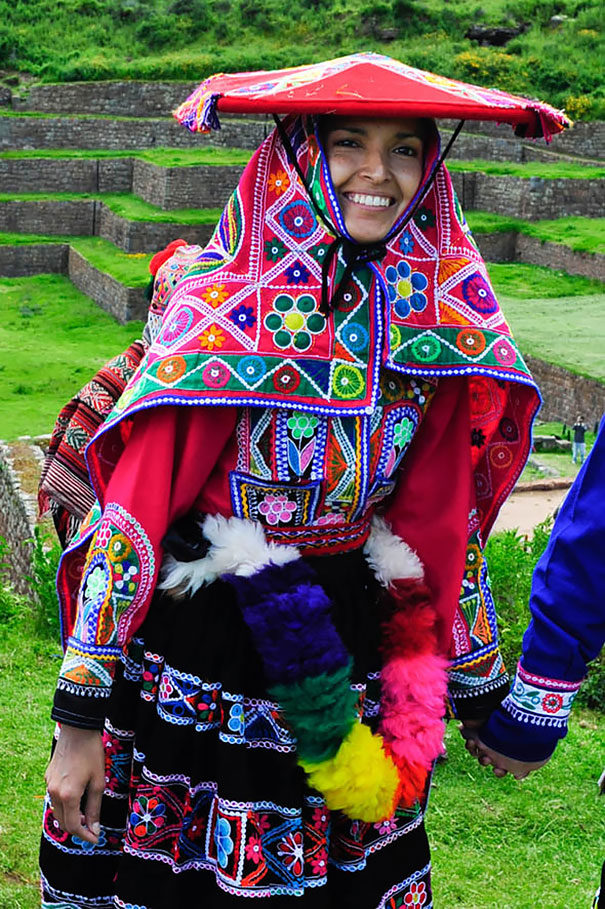