The El Ateneo Grand Splendid is a stunning bookshop that was named the second most beautiful bookshop in the world by The Guardian, which is built within an old building in Barrio Norte, Buenos Aires, the Grand Splendid Theater opened in 1919. The theater was originally designed by architects Peró and Torres Armengol, in 2000, it was converted into the El Ateneo Grand Splendid bookshop from a cinema by architect Fernando Manzone, many elements of theater were remained, the stage, the balconies, the red curtains, etc. 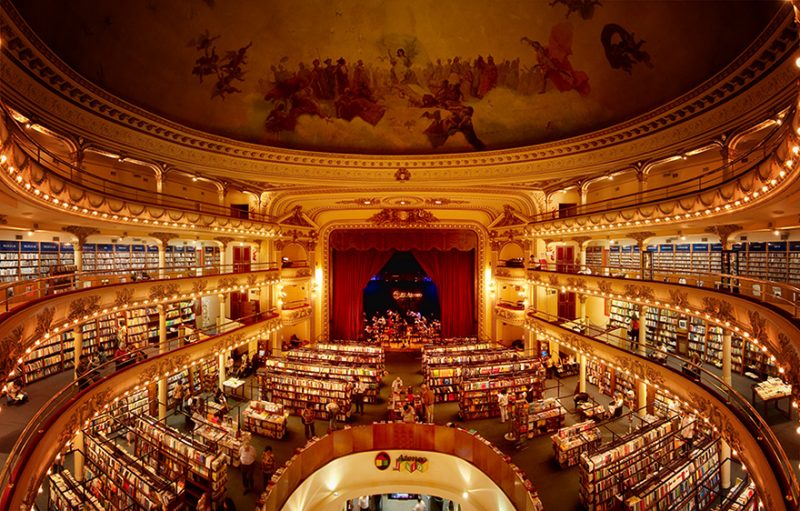 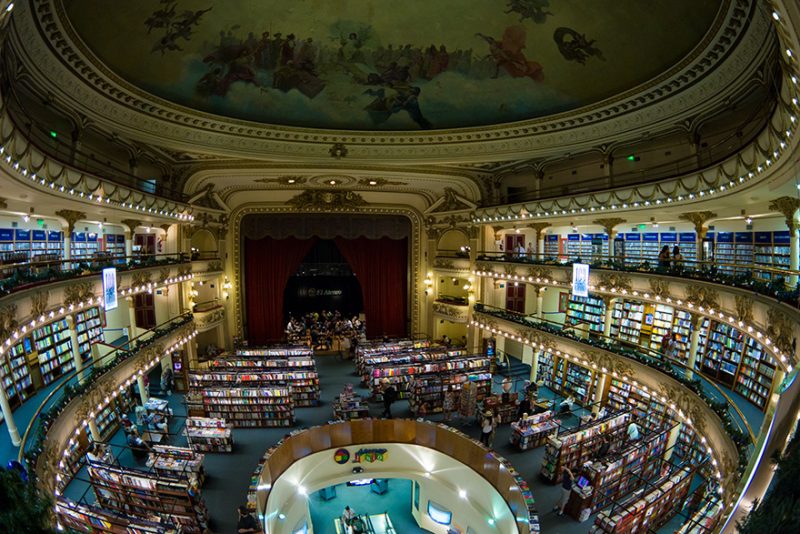 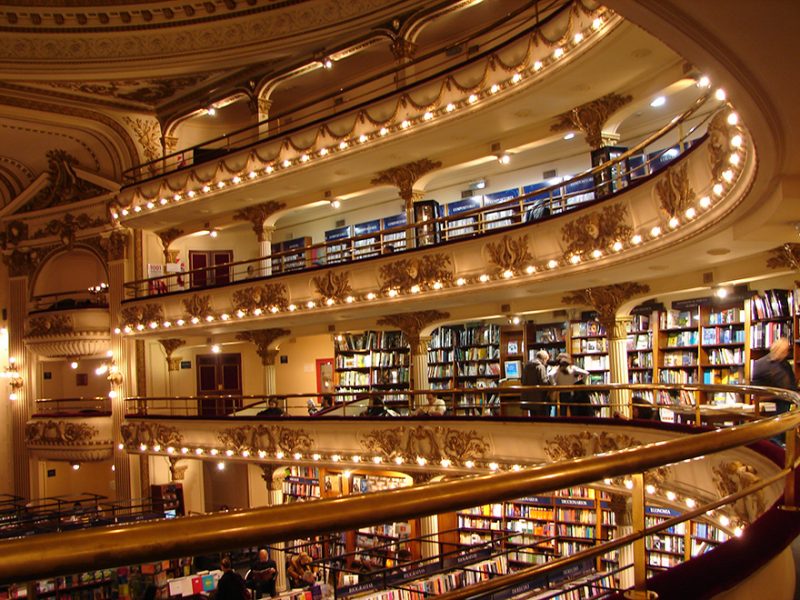 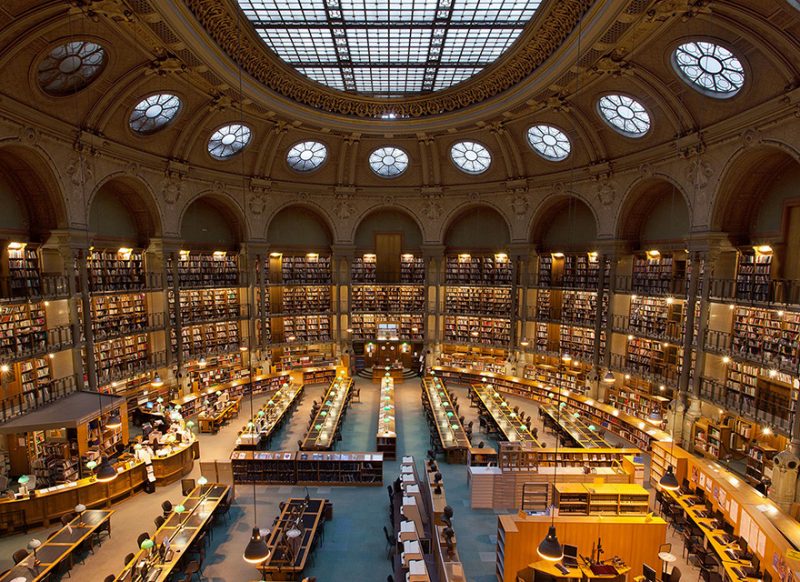 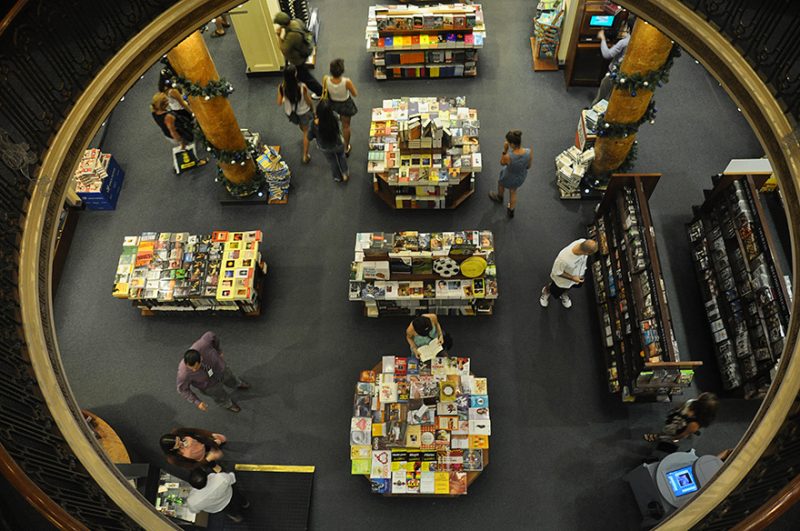 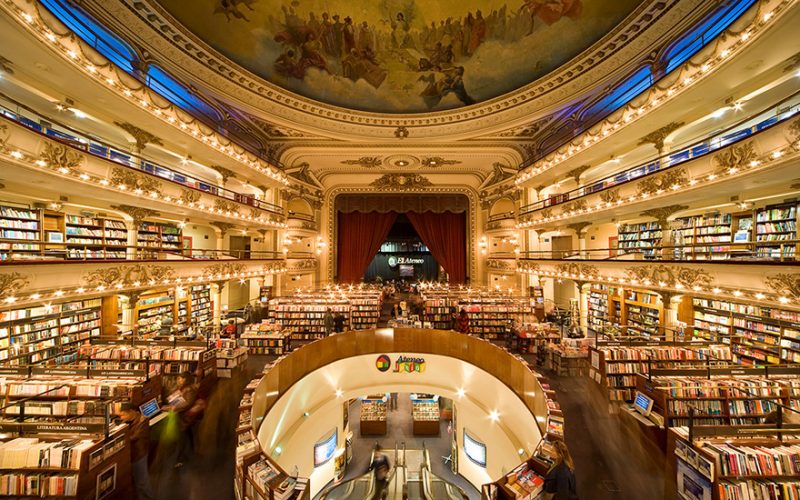 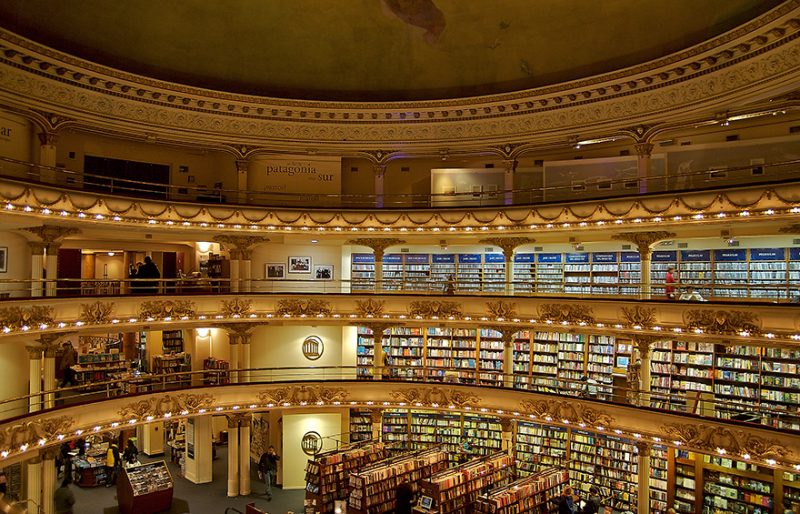 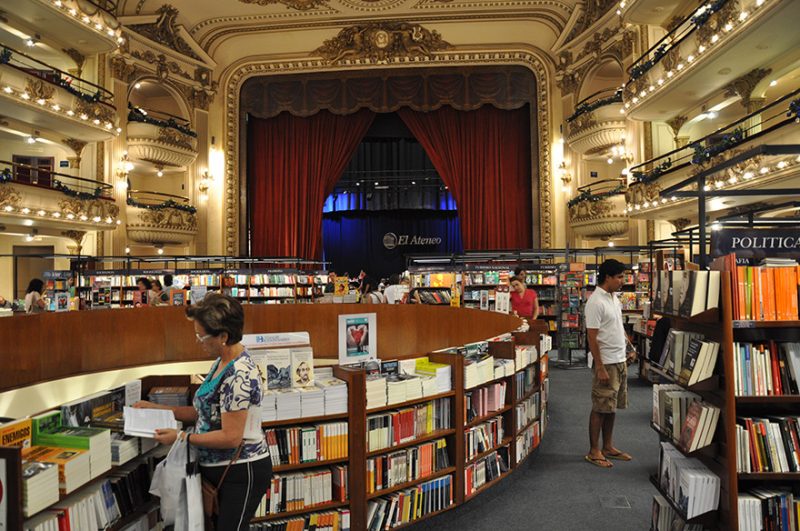 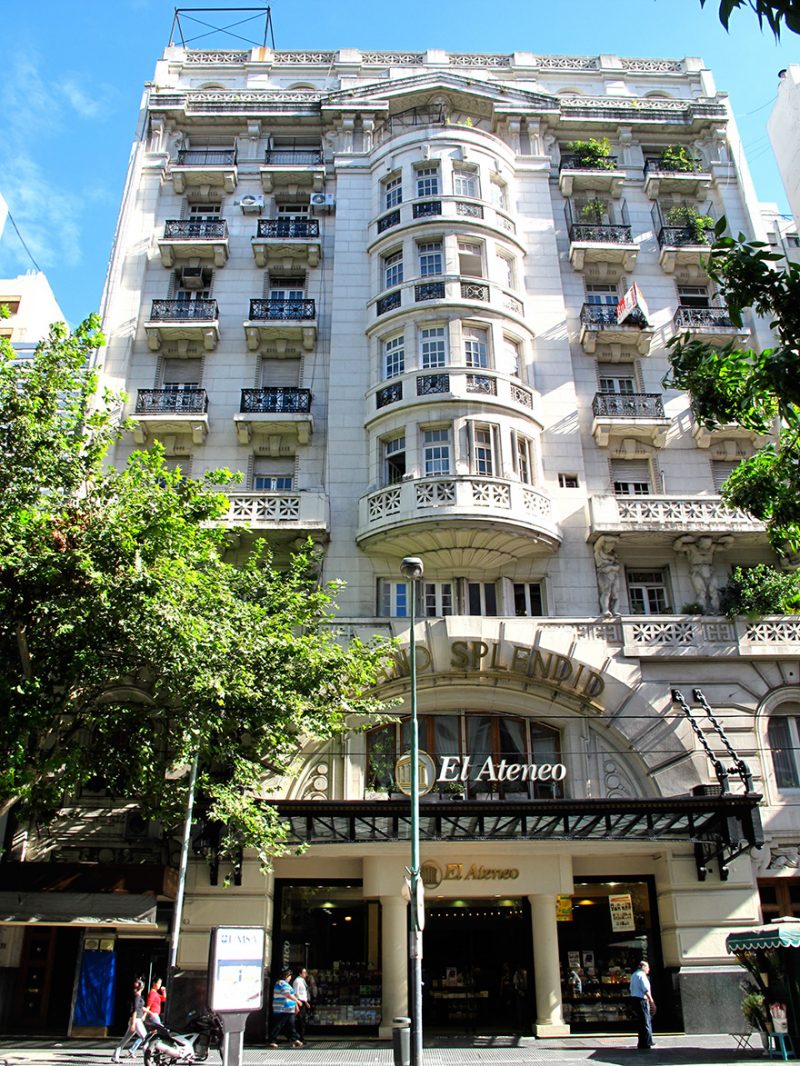