A list of airline food of the world’s airlines shows the contrasts between economy-class food and first-class food, then how would you like to go, economy of first class? 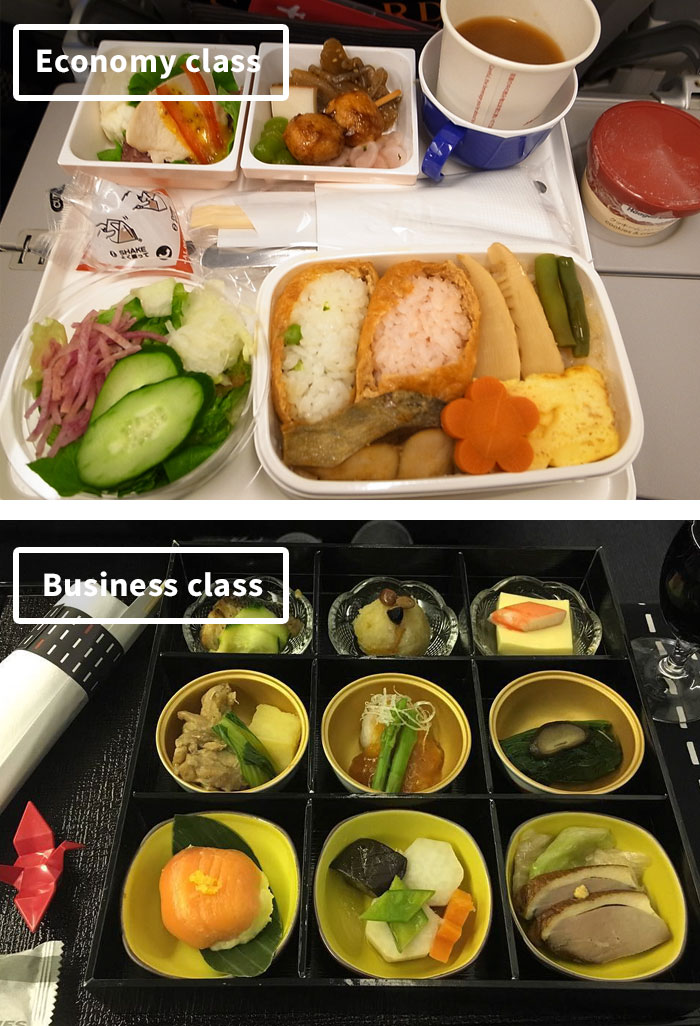 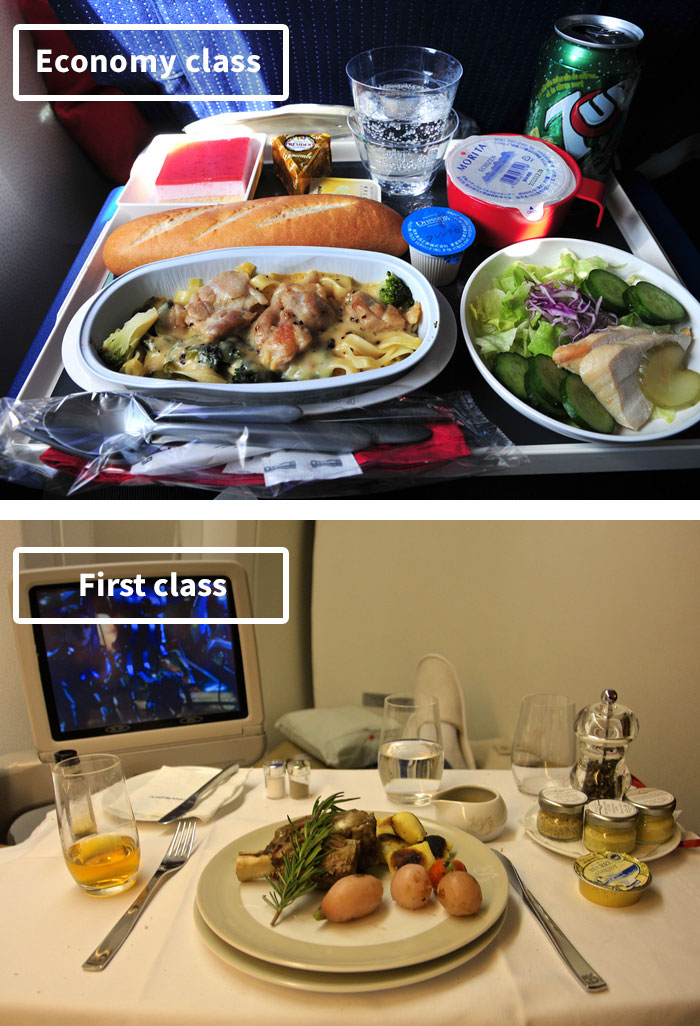 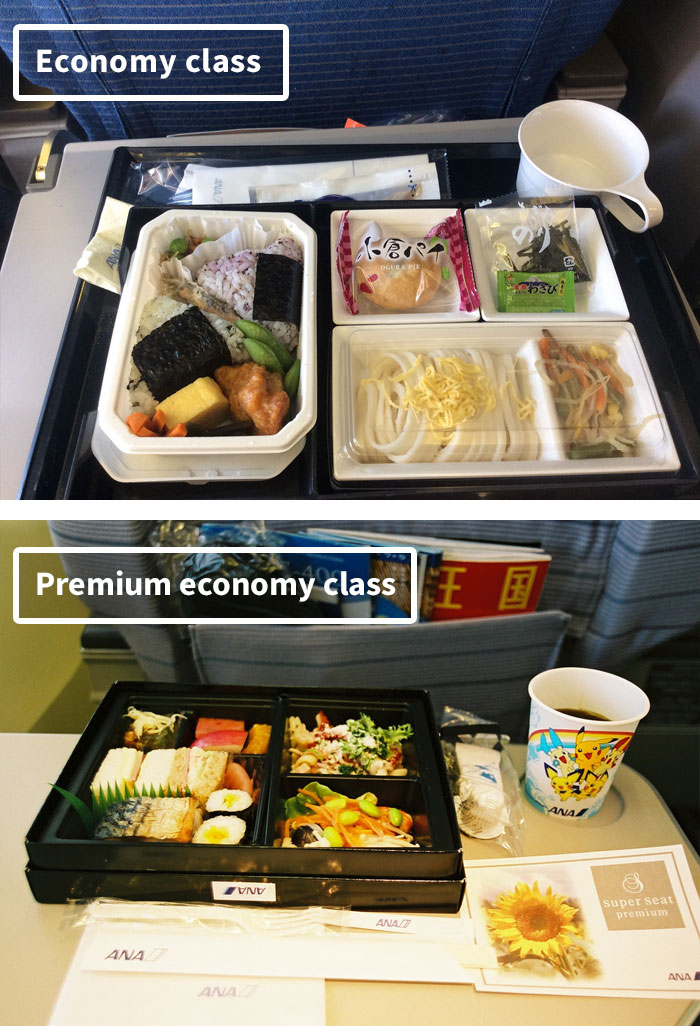 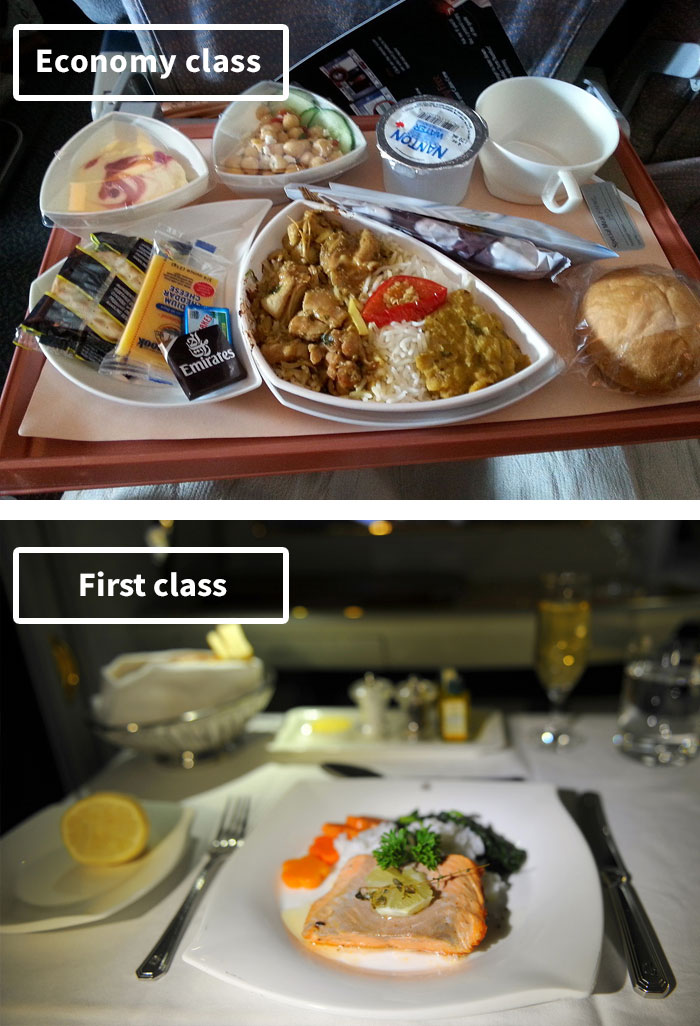 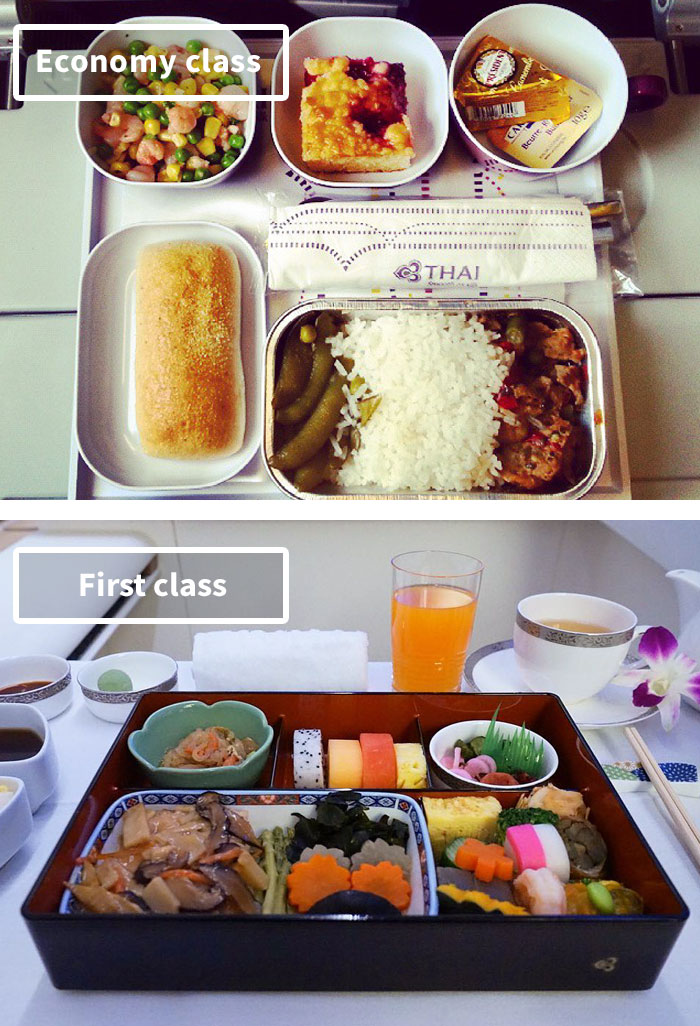 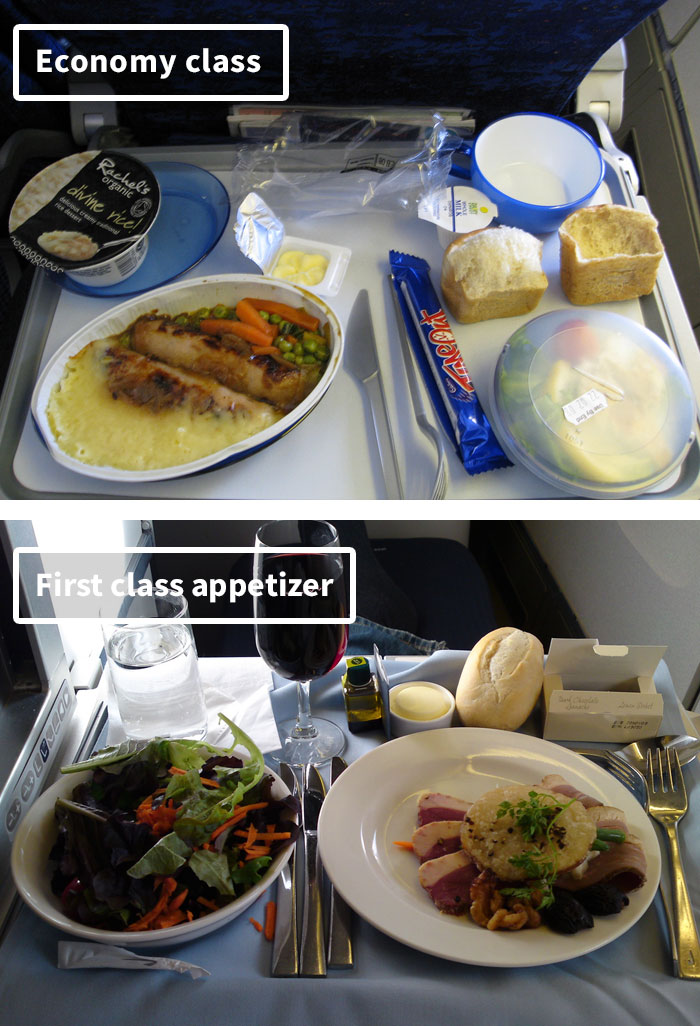 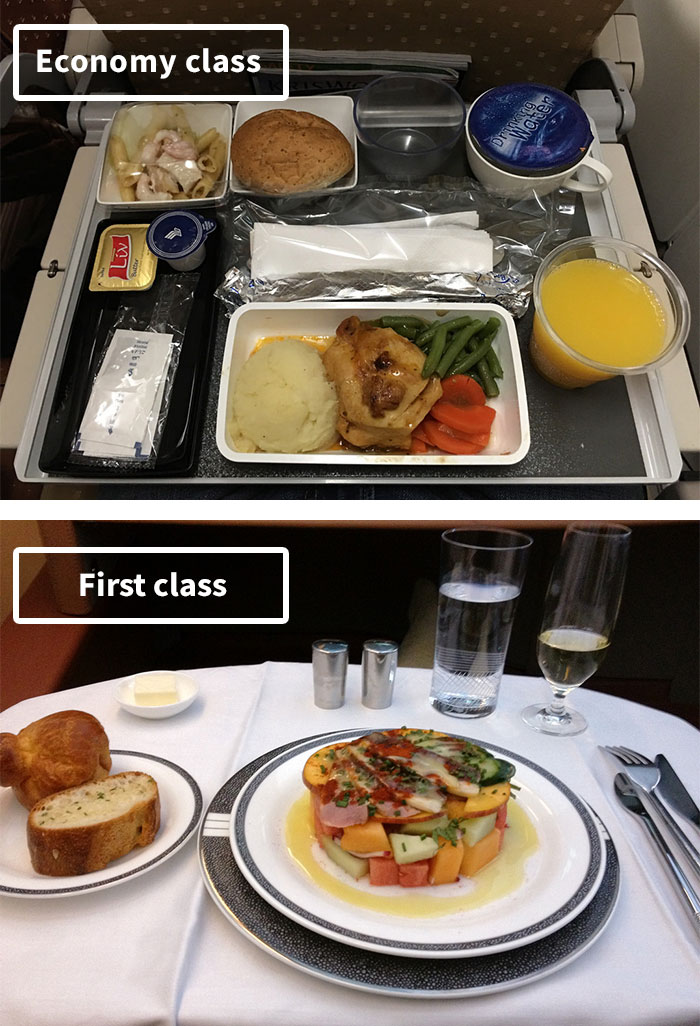 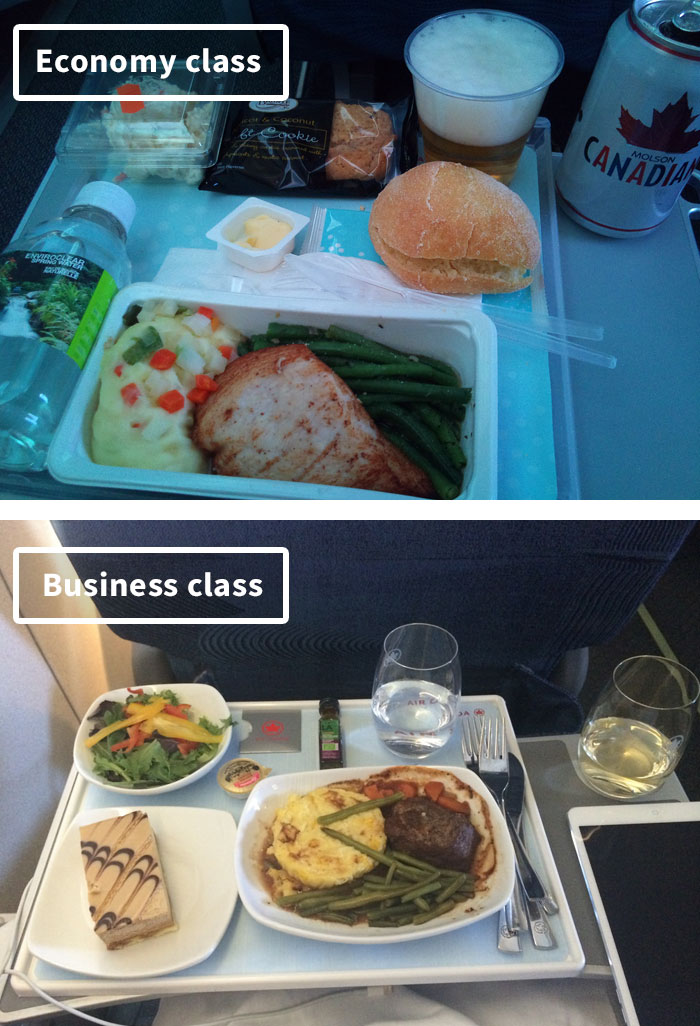 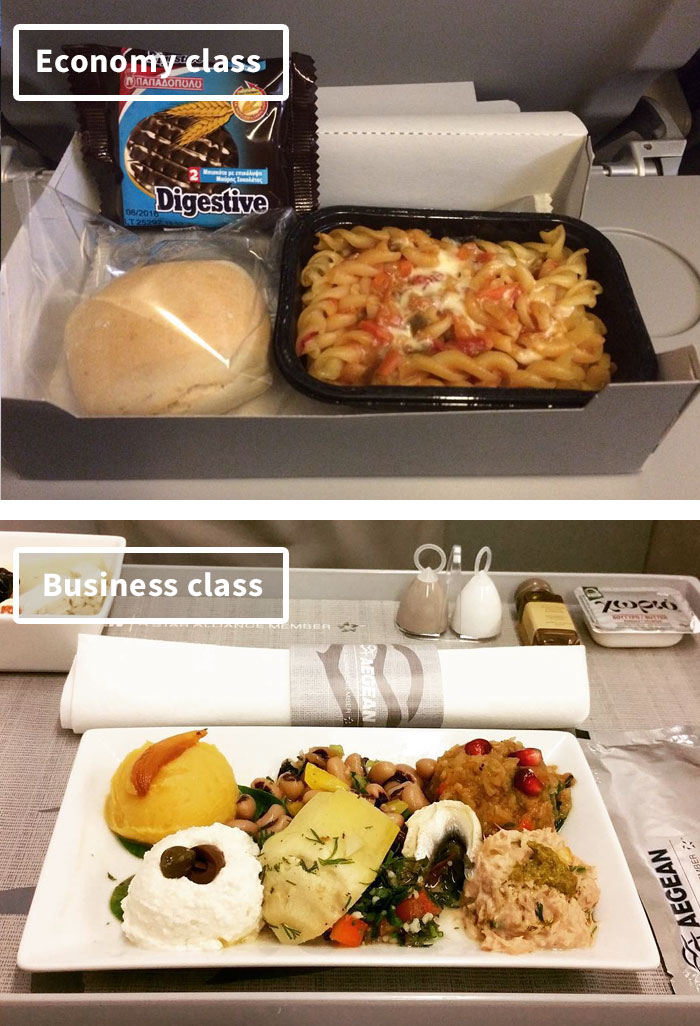