These beautiful digital renders by artist Nickolay Lamm show us a different world if we could see invisible electromagnetic radiations from cellphone signals around us all the time. 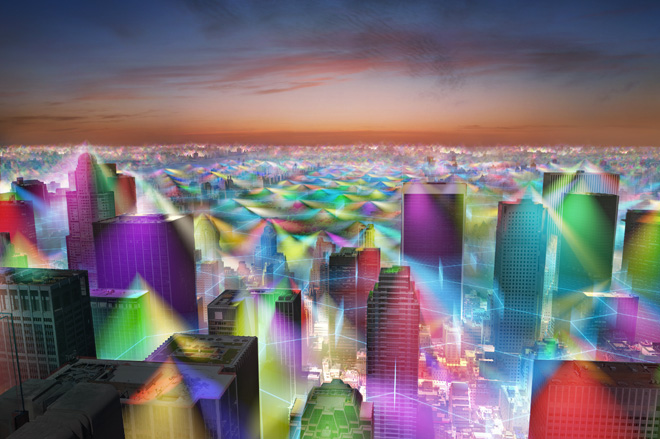 Cell stations on top of buildings in New York City 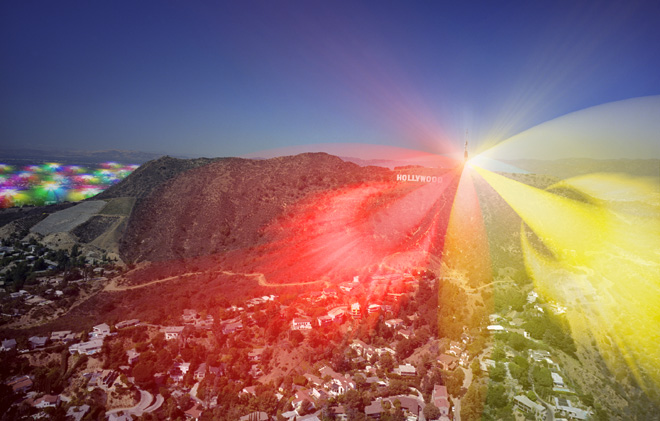 Cellular signals in the Hollywood Hills 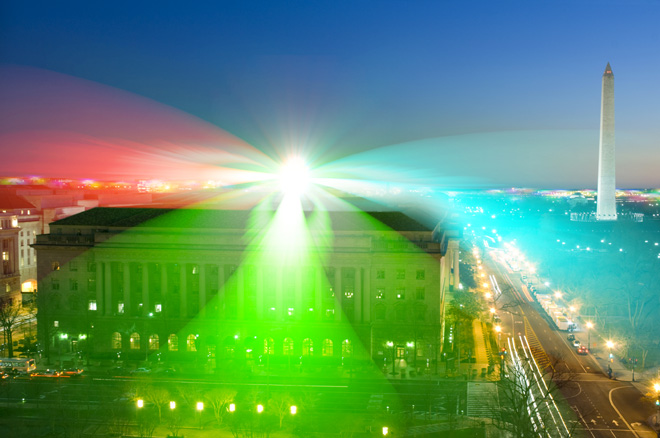 A base station located at the Herbert C. Hoover Building in Washington D.C. 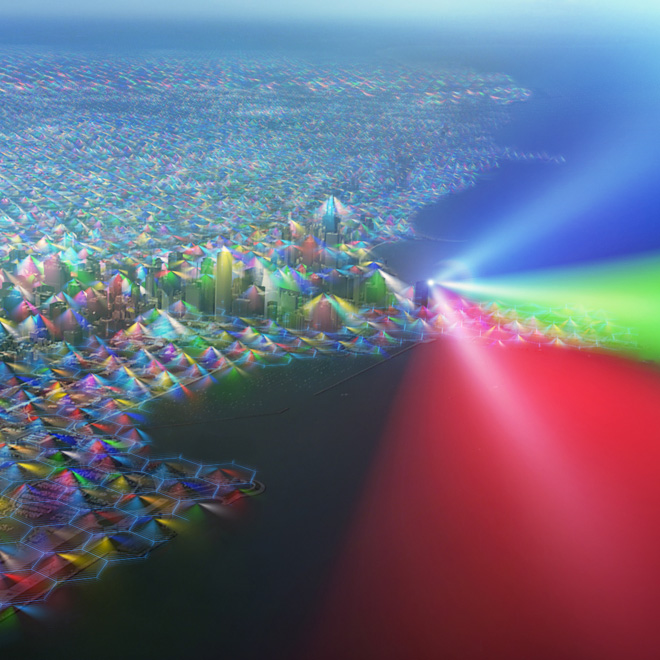 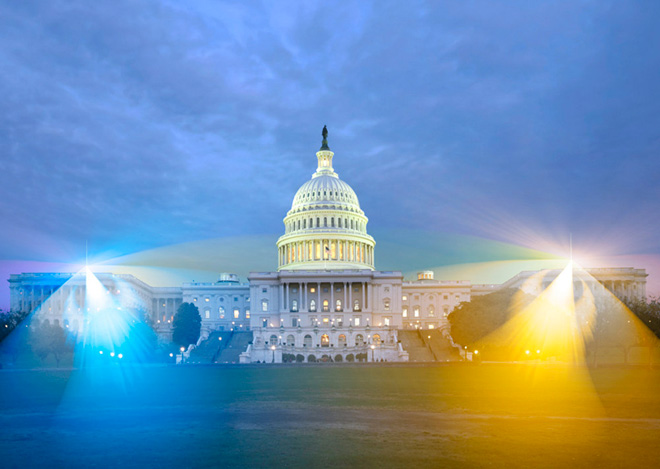