The Orchid Mantis (Hymenopus coronatus) in the Malaysian rainforest, Southeast Asia, is a great creation of natural selection, which can disguise itself and looks exactly like a pink orchid flower to lure prey, say, bees or other pollinators, even more, change its color according to the environment. 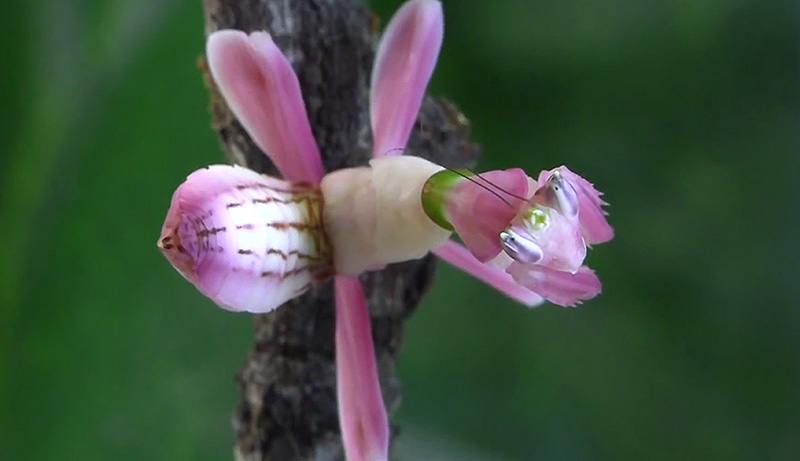 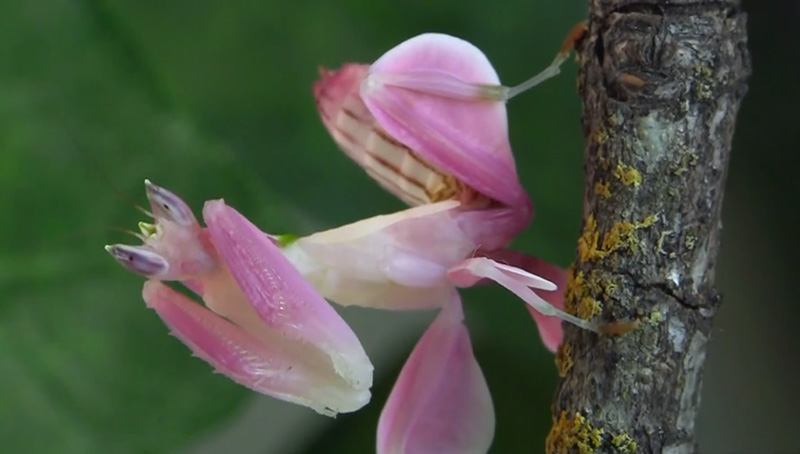