Johannes Stötter, Italy based body painter and music artist, hit the Internet with his stunning bodypaintng piece – a vivid chameleon consisting in two women, which looks so natural that it can even crawl on a branch. As a self-taught artist, Johannes Stötter made his first debut in the World Bodypainting Festival 2009 in Austria and made his mark by winning a championship in 2012, one year later, another work of art, a beautiful frog consisting of five women, let the common people shock again. 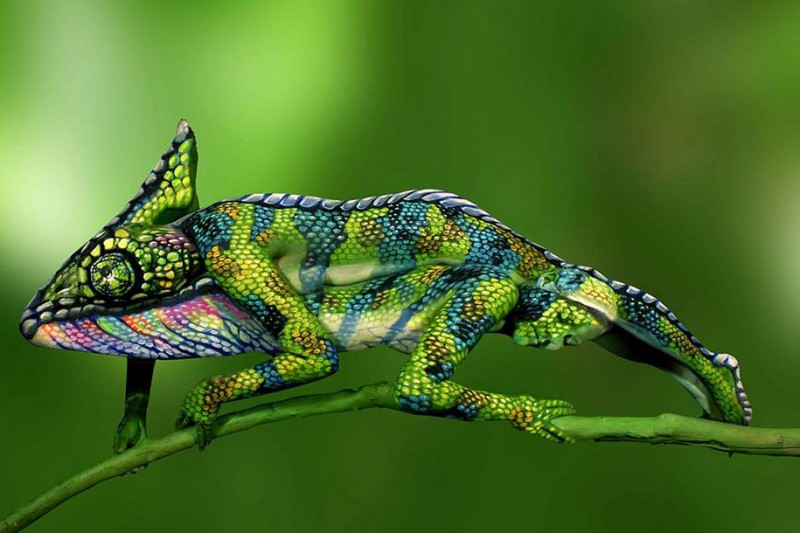 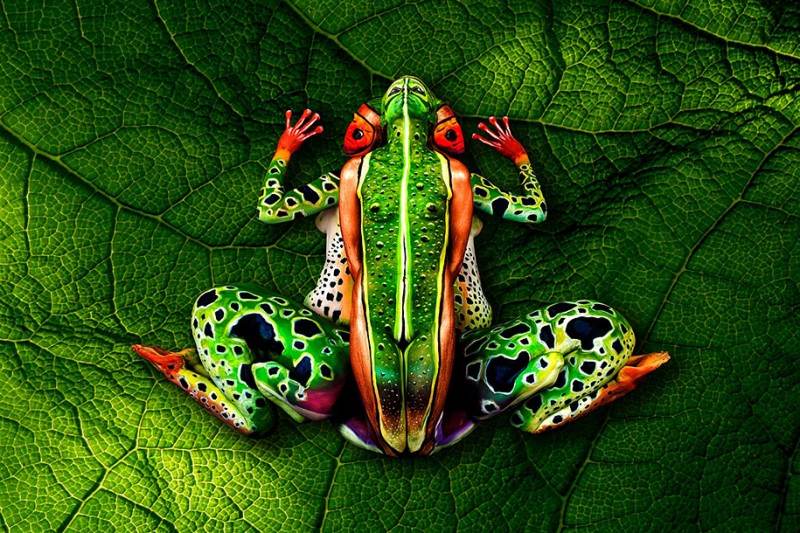