Fake animal facts at the L.A. zoo by California-based comedian

Fake animal facts at the L.A. zoo by California-based comedian

California-based comedian Obviousplant loves to prank the public by distributing funny signs or other jokes in public places, recently, he “plants” fake animal facts all over Los Angeles Zoo. 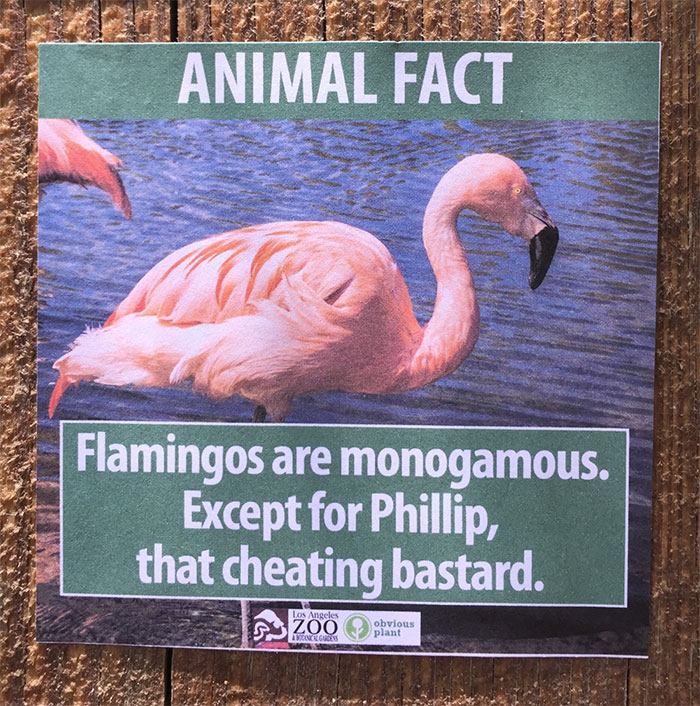 Flamingos are monogamous. Except for Phillip, that cheating bastard. 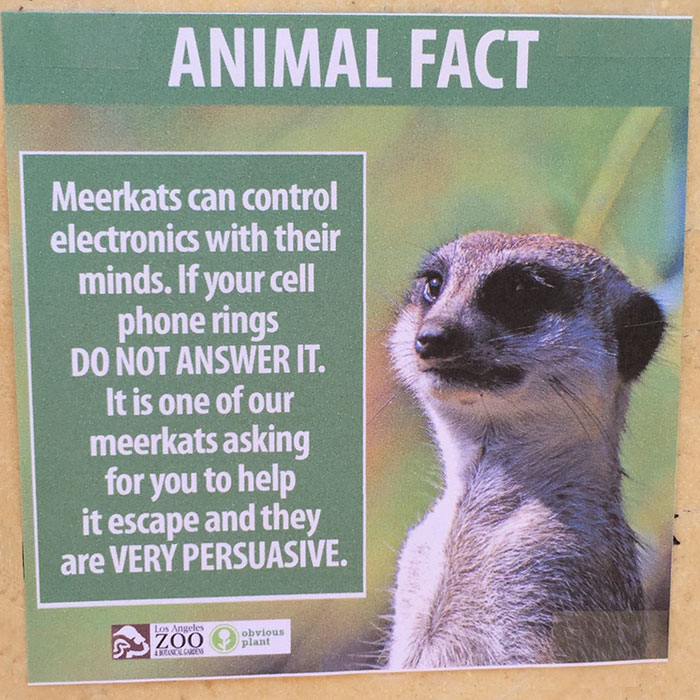 Meerkats can control electronics with their minds. If your cell phone rings, DO NOT ANSWER IT. It is one of our meerkats asking for you to help it escape and they are very persuasive. 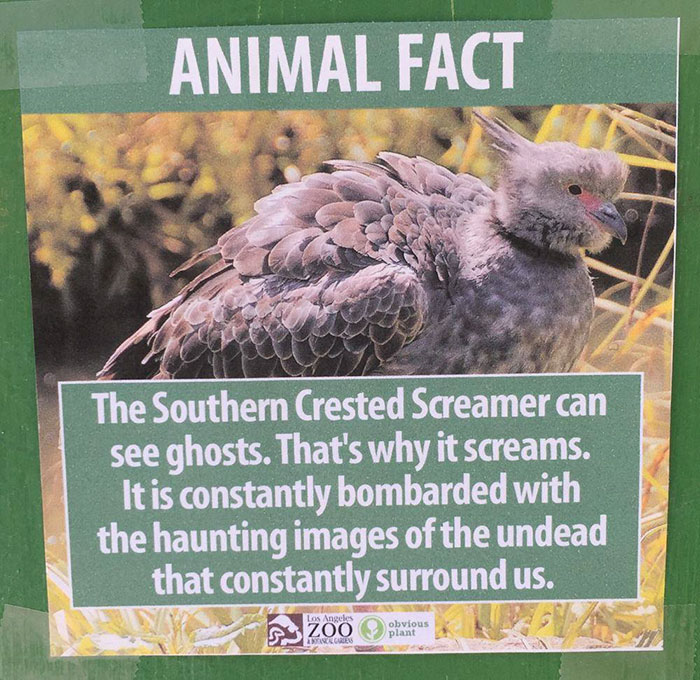 The southern crested screamer can see ghosts. That’s why it screams. It’s constantly bombarded with the haunting images of the undead that constantly surround us. 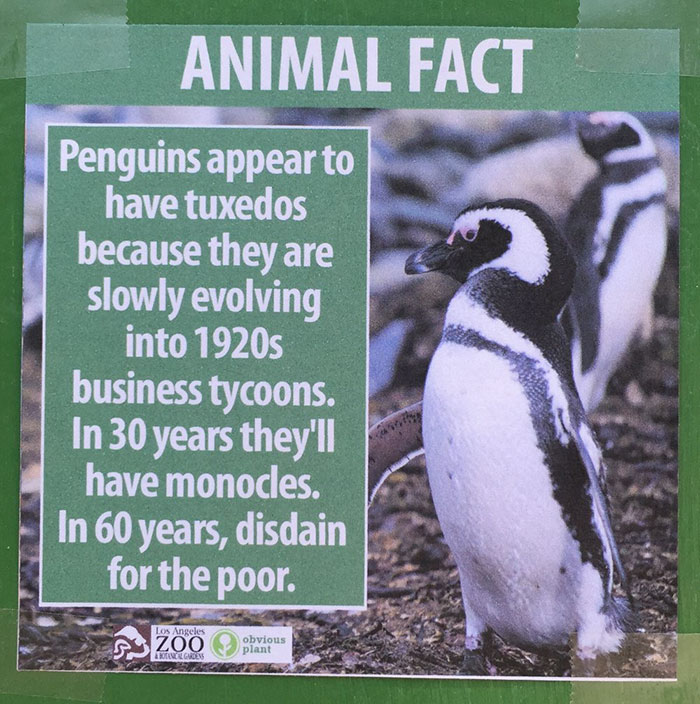 Penguins appear to have tuxedos because they are slowly evolving into 1920s business tycoons. In 30 years they’ll have monocles, in 60 years, disdain for the poor. 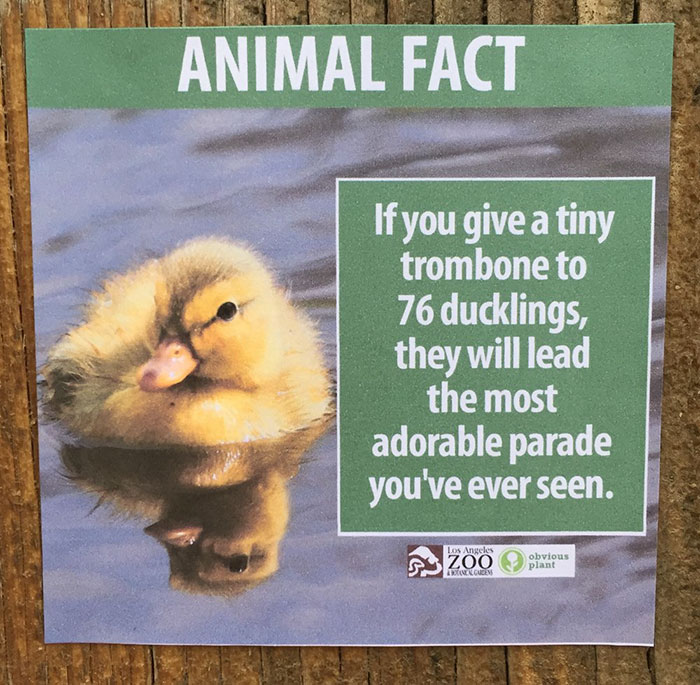 If you give a tiny trombone to 76 ducklings, they will lead the most adorable parade you’ve ever seen. 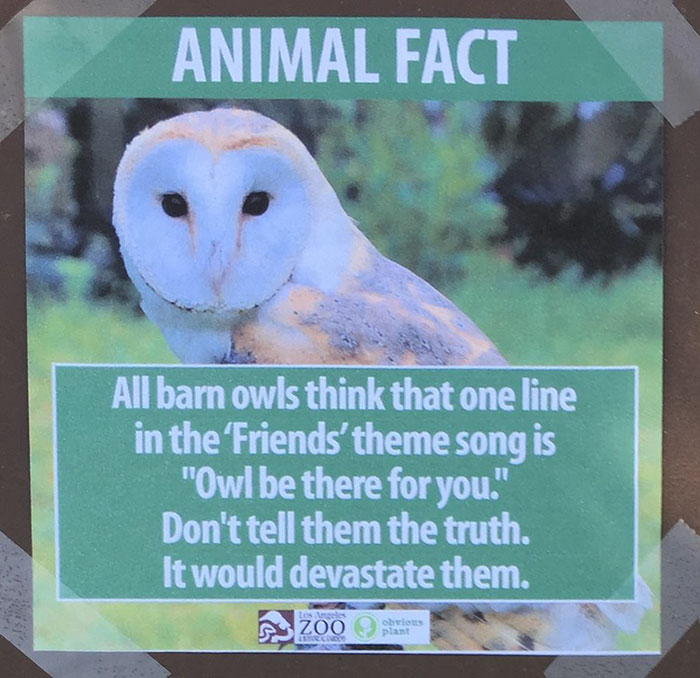 All barn owls think that one line in the ‘ Friends’ theme song is “Owl be there for you.” Don’t tell them the truth. It would devastate them. 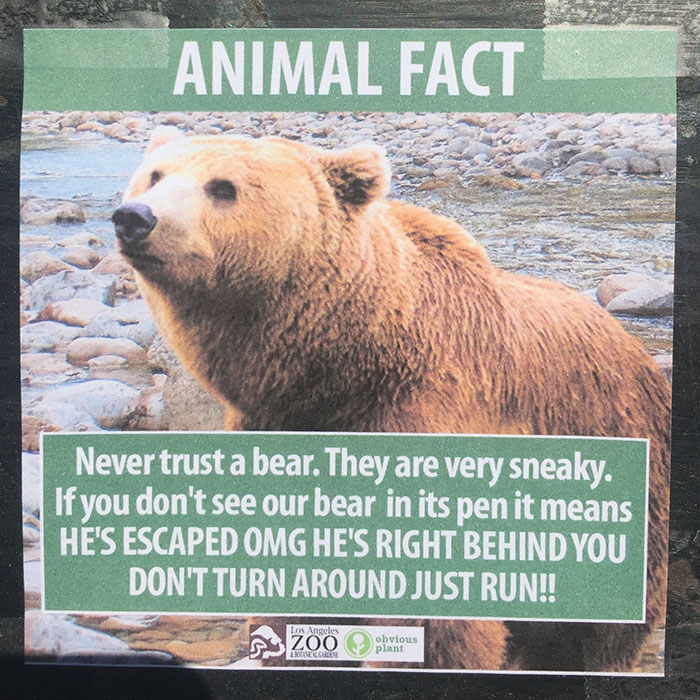 Never trust a bear. They are very sneaky. If you don’t see our bear in its pen it means he’s escaped OMG he’s right behind you, don’t turn around just run! 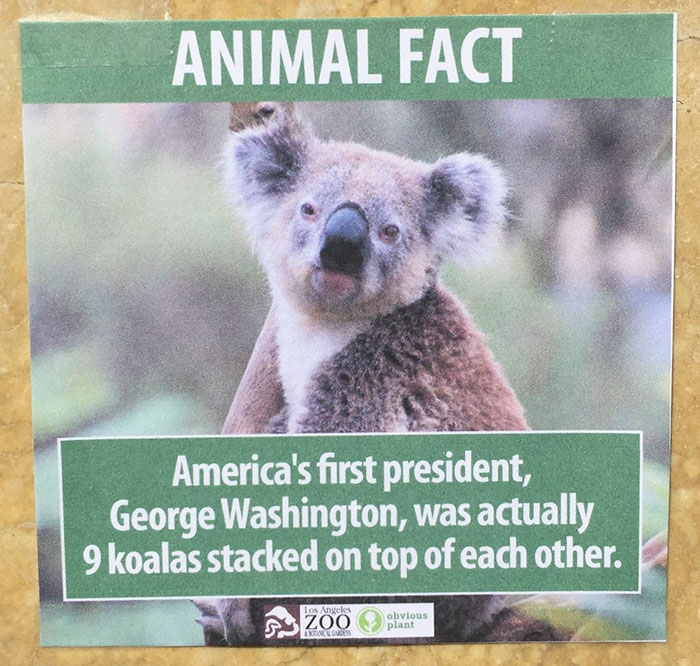 America’s first president, George Washington, was actually 9 koalas stacked on top of each other. 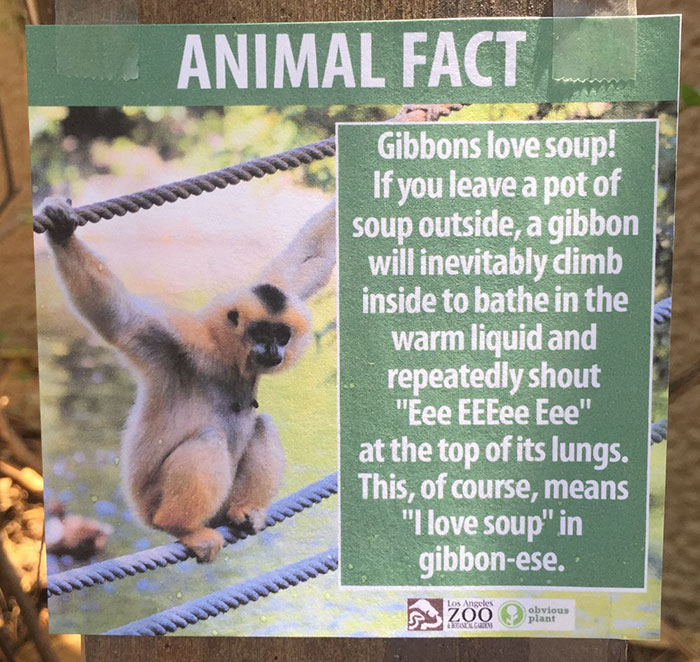 Gibbons love soup! If you leave a pot of soup outside, a gibbon will inevitably climb inside to bathe in the warm liquid and repeatedly shout “Eee EEEee Eee” at the top of its lungs. This, of course, means “I love soup” in gibbon-ese.

Creatively impressive toilet signs
Is humanity getting stupider?
Comedian pretends to concentrate on publications with fake book covers on the New York subway to see...
Pranksters place a pair of glasses on the floor of an art museum and it attracts a crowd of onlooker...