The Tangible Media Group, a research group, designed an interesting device named inFORM that can create a digital interaction with the surroundings, just watch the video below. 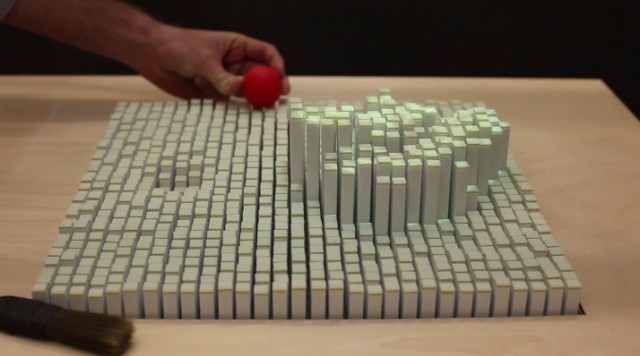 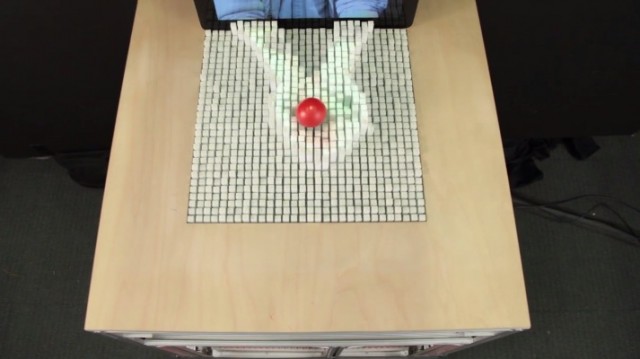 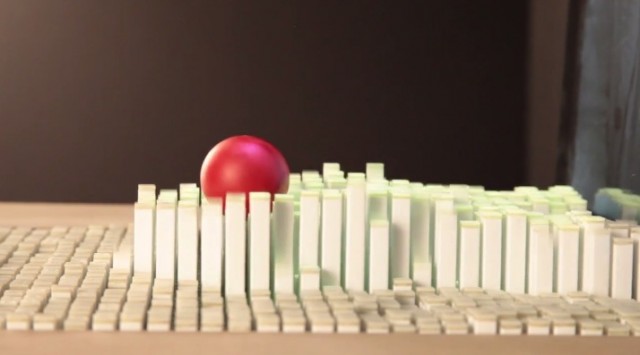 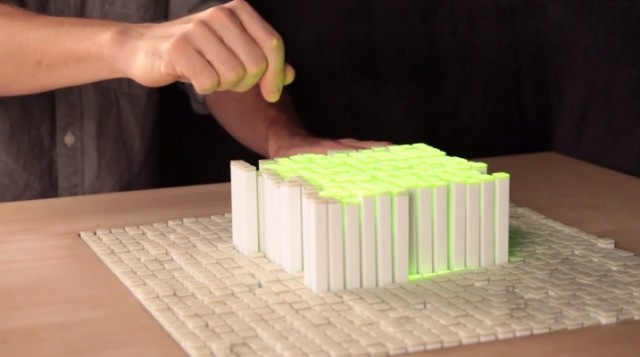 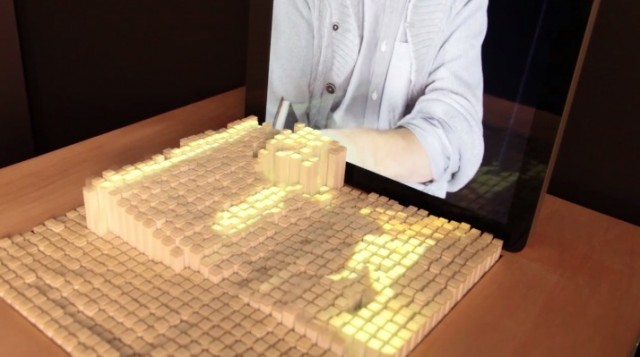 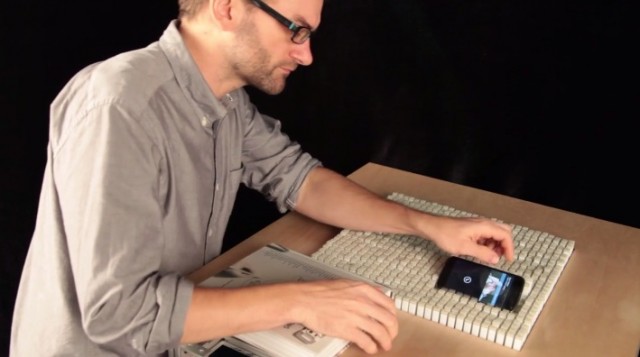 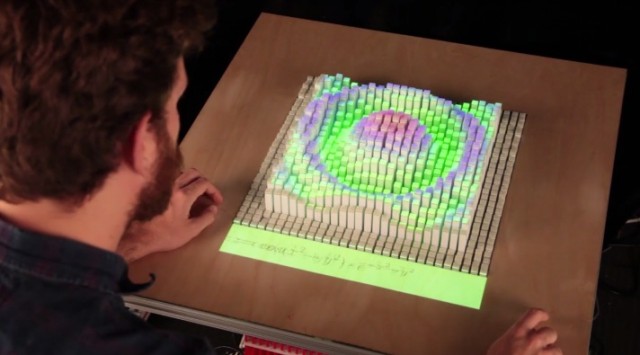 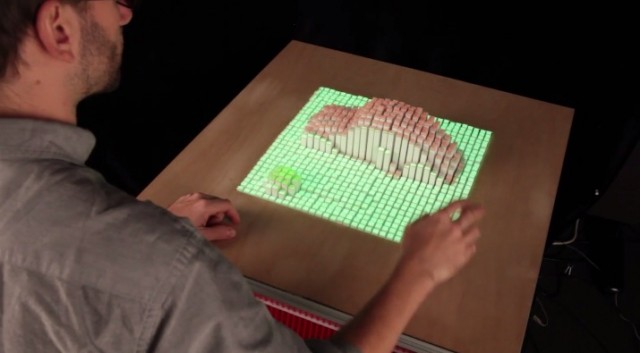