The Arsenal Firearms Double Barrel Pistol ($TBA) given the model number AF2011-A1 can fire 2 bullets with a single hand, two .45 caliber rounds at a time, which is created in part as a tribute to the Colt 1911-A1.

The AF2011-A1 Double Barrel Pistol is either two independent triggers and one sear group or with 2 triggers permanently joined. All the 8 double .45 caliber rounds (16 bullets) held in the duplex, single columns magazines. The entire magazine can be fired in about 3 seconds, at 15 yards away both rounds will fit into the size of an orange, and at 25 yards about the size of a watermelon. 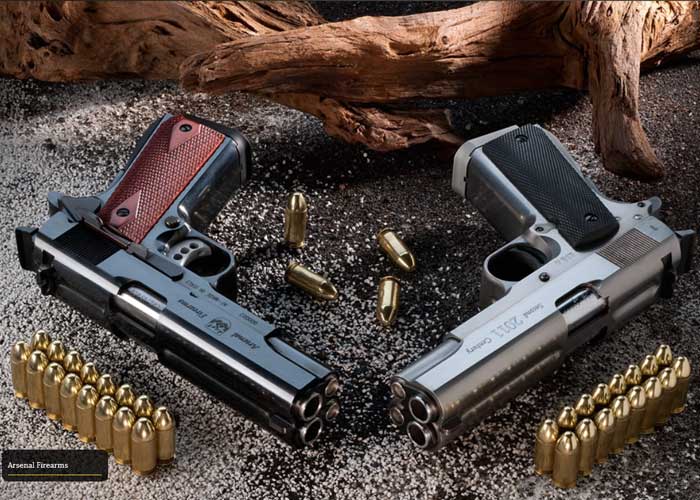 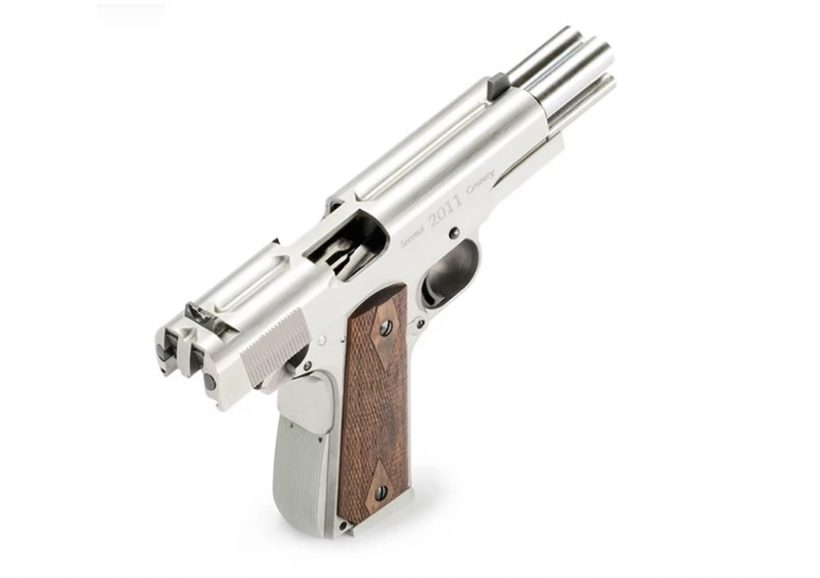 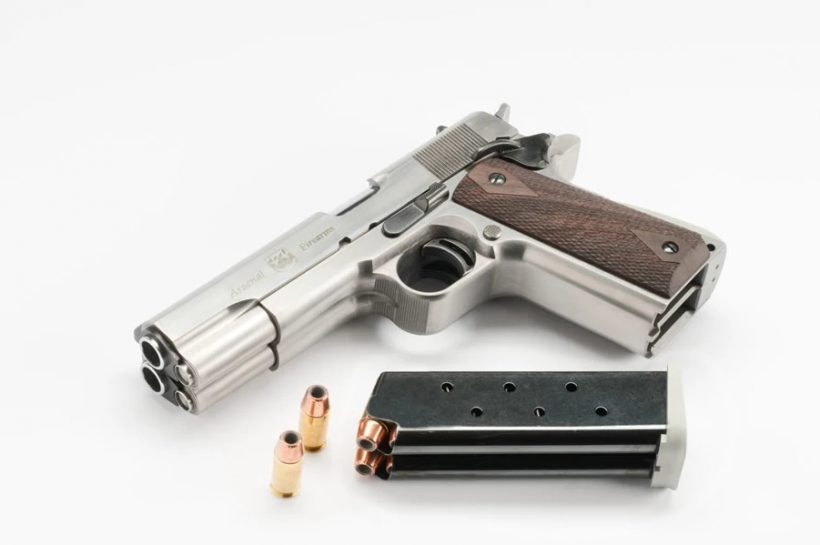 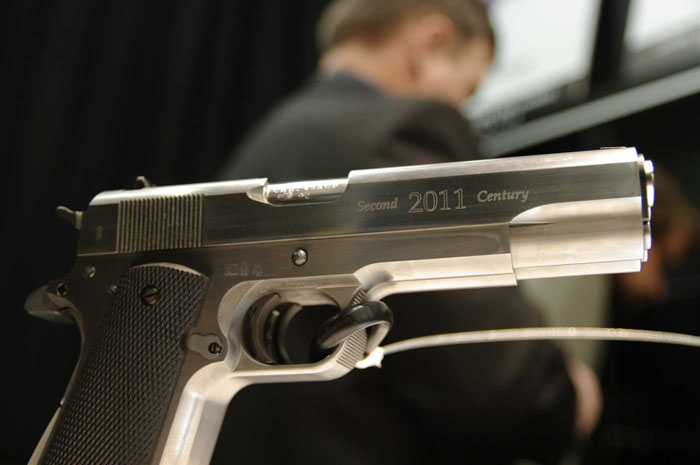