Passage du Gois, a 2.58-mile long road that connects the Gulf of Burnёf with the island of Noirmoutier in France, it disappears underwater twice every day because of tide, people can only pass it for a few hours a day, and the rest of the time, rising tide will submerge the road 13 ft under water. 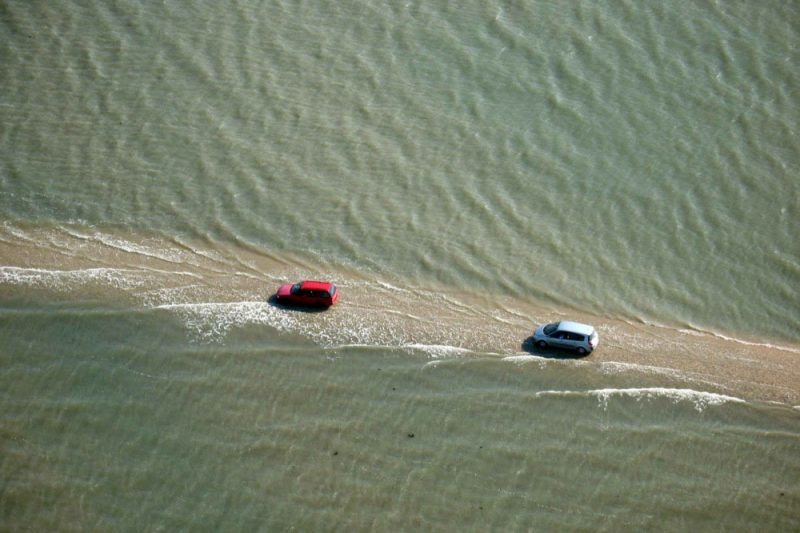 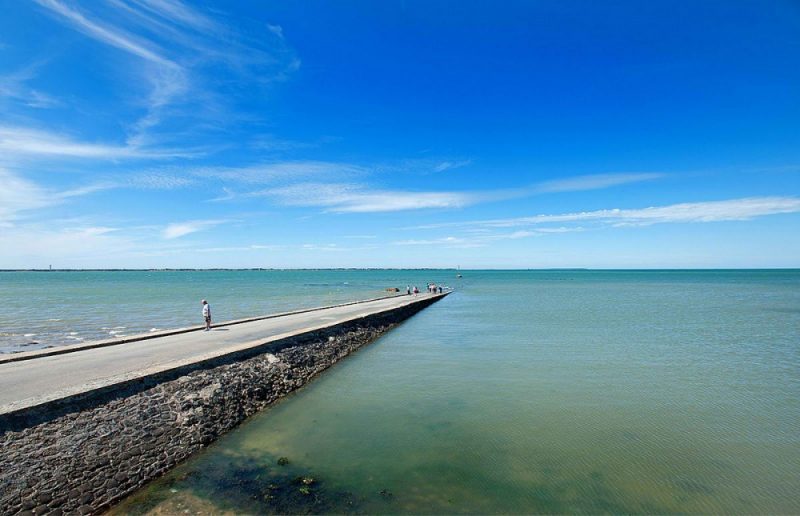 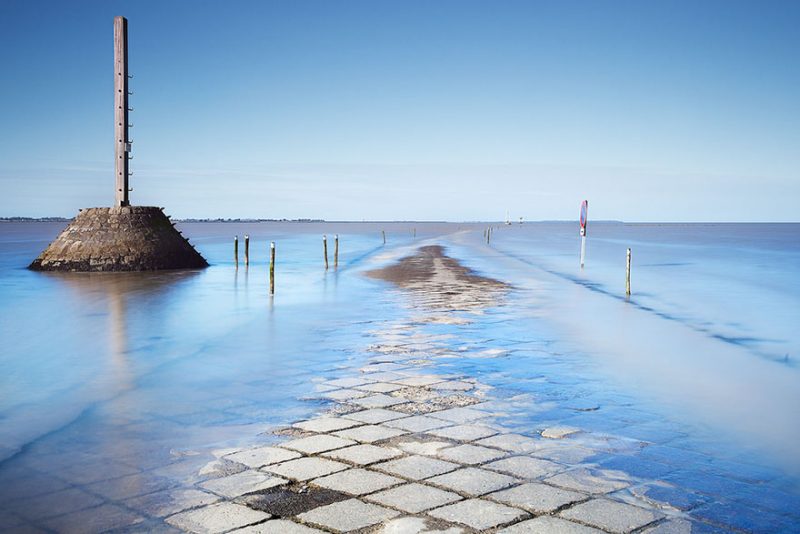 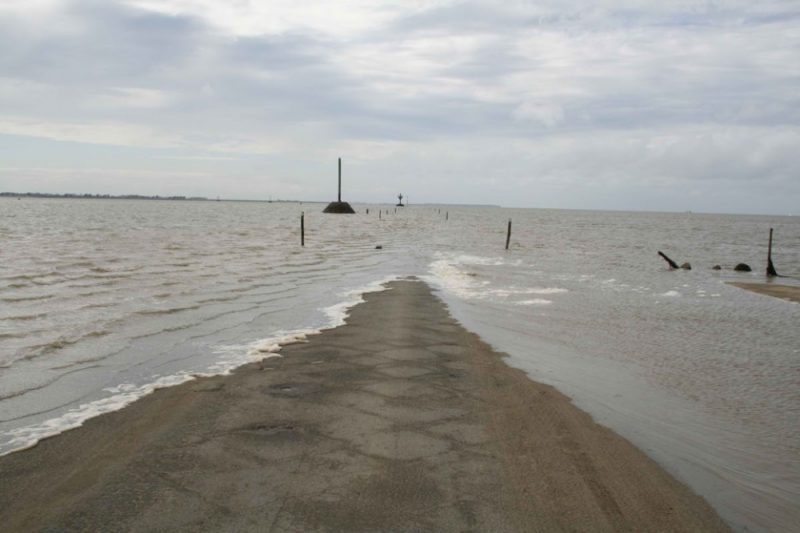 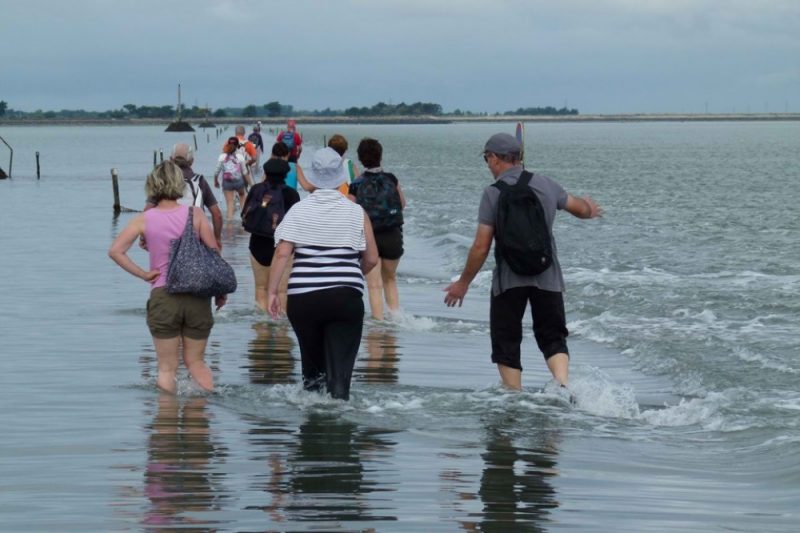 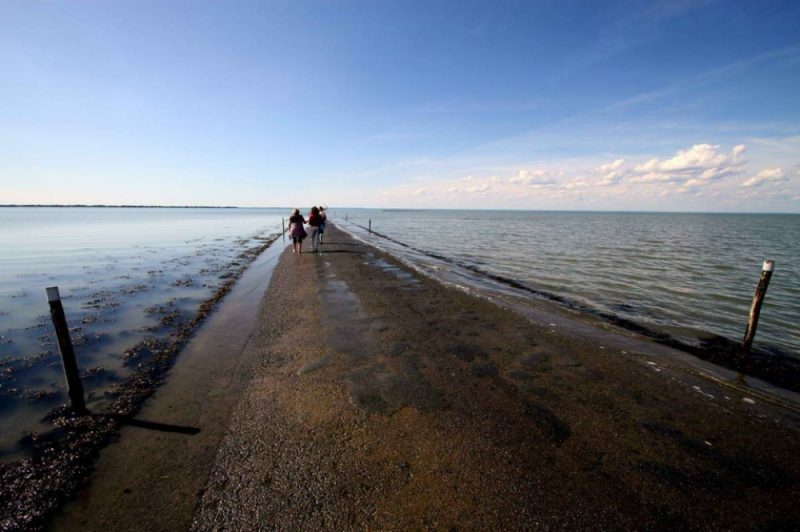 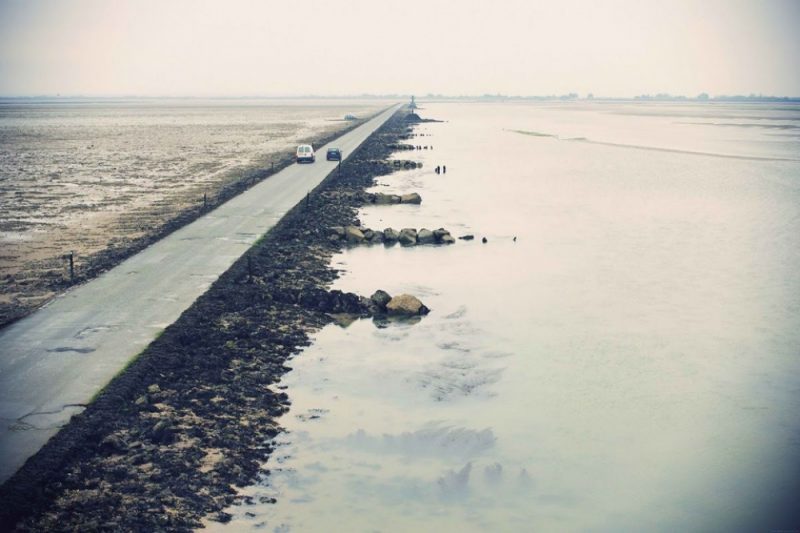 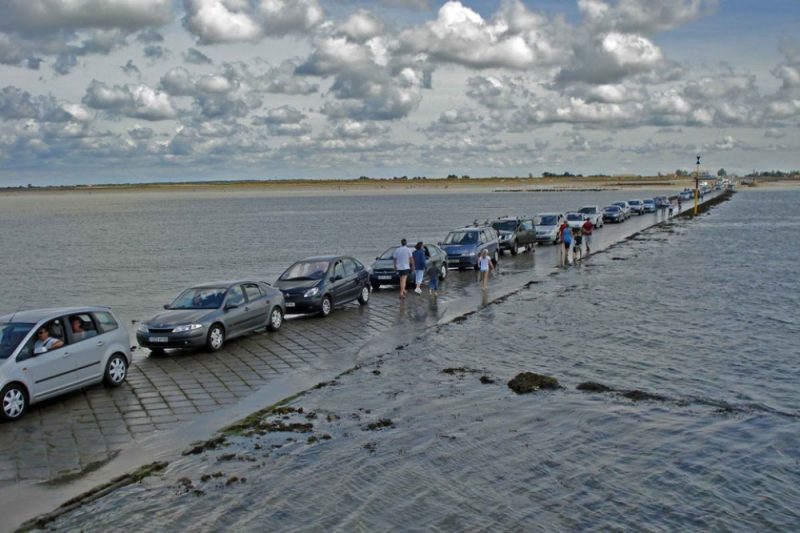 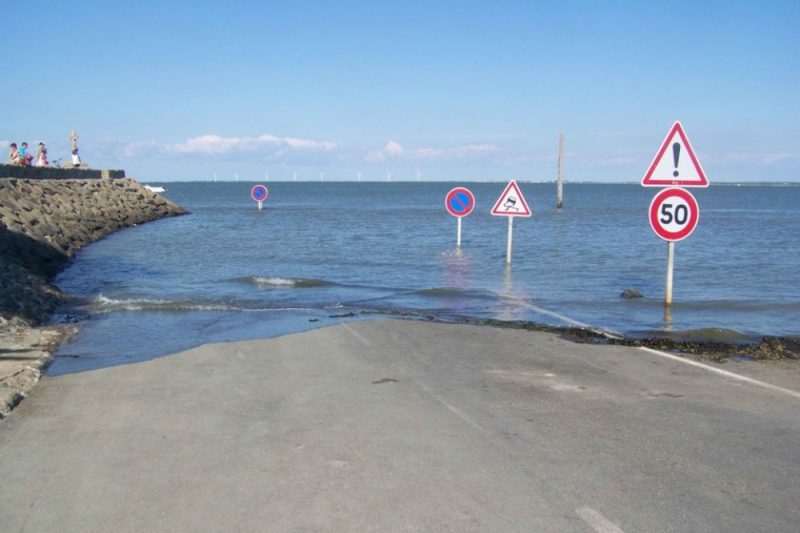 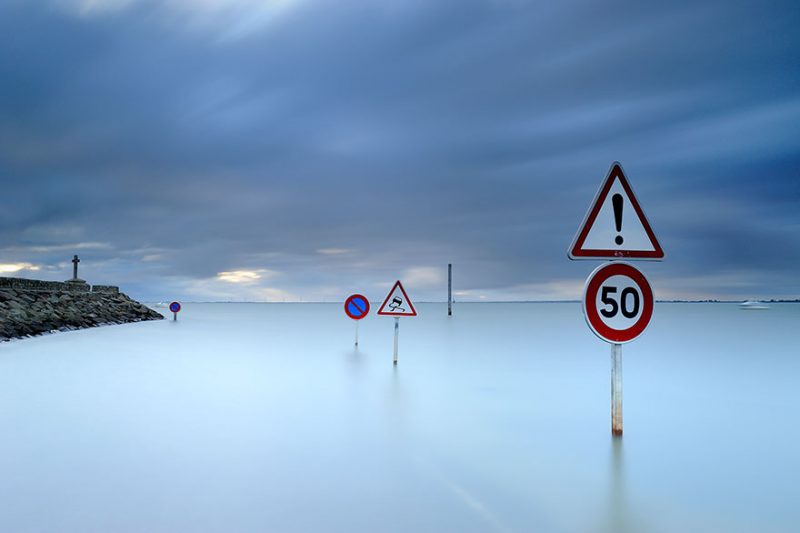 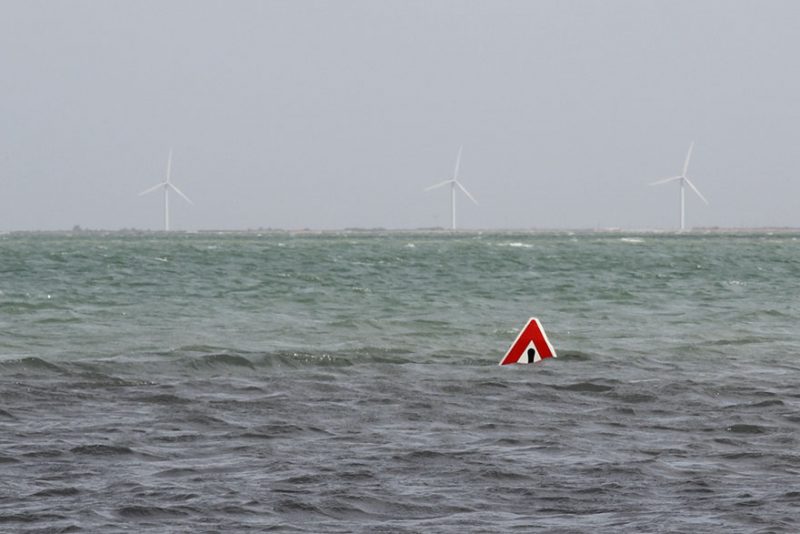