Photographer Robert Sijka loves cats and photography, inspired by a “photo of Dolce Vita and De La Loo – two of the most majestic black Maine Coons… photographed beautifully on a simple black background”, he created a photo series that captures the majestic side of Maine Coons, the largest domesticated breed of cats and the closest species to lynx as a pet in your home. Maine Coons are large and energetic cats, sometimes weighing up to around 11~12 kilograms, and most of them keep their fur in good order without the need for additional human grooming. 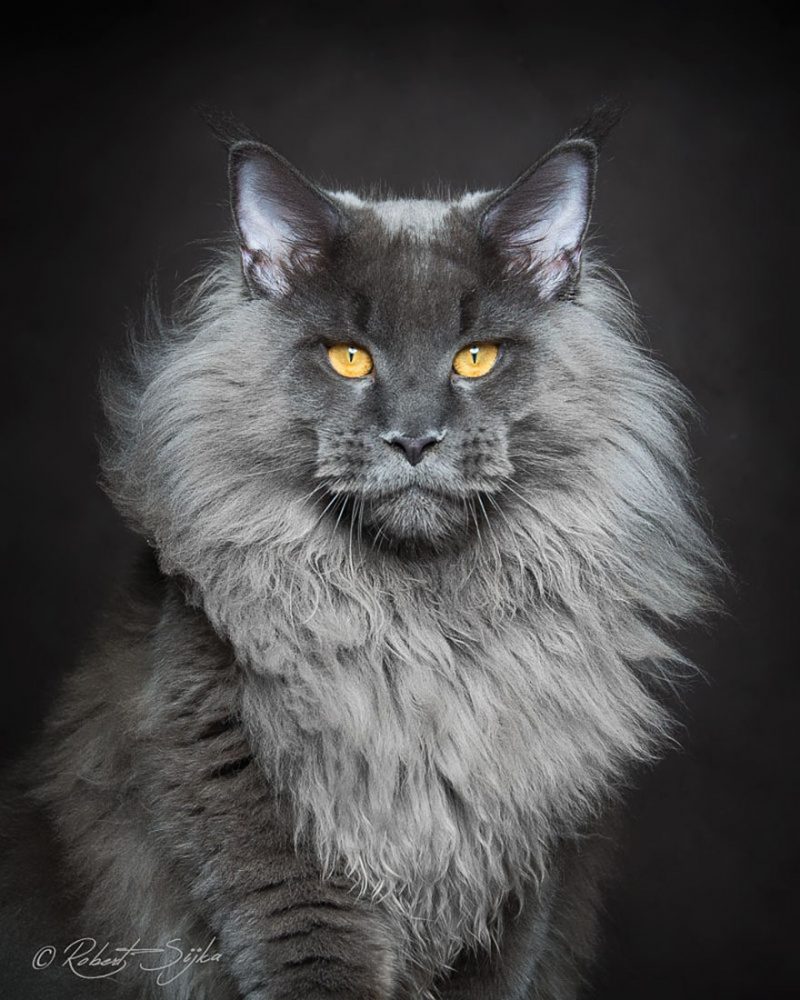 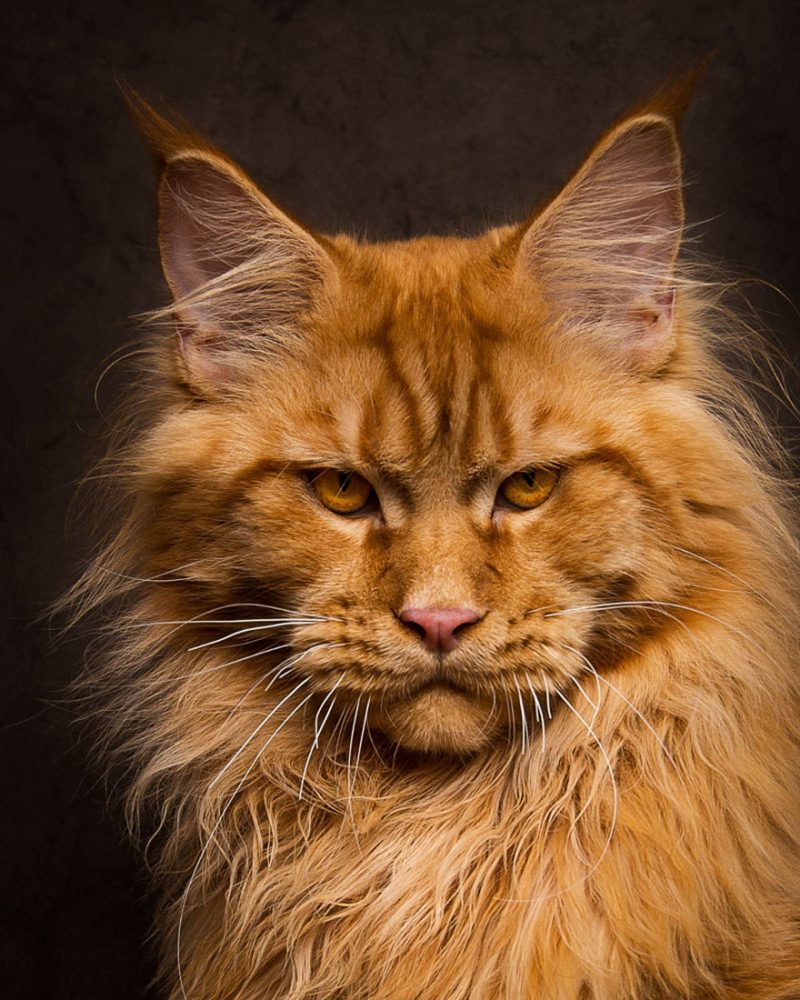 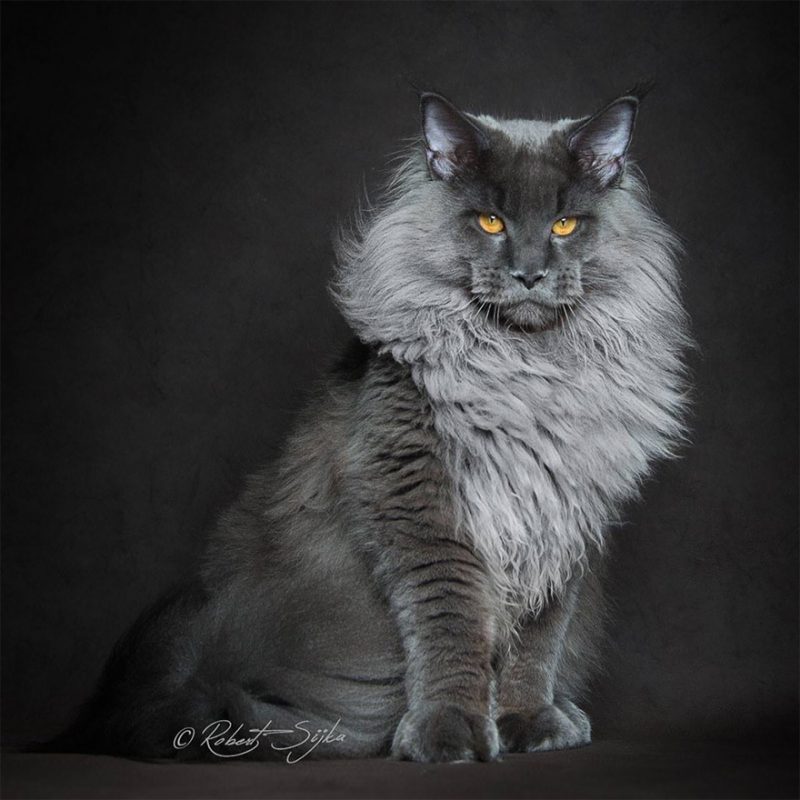 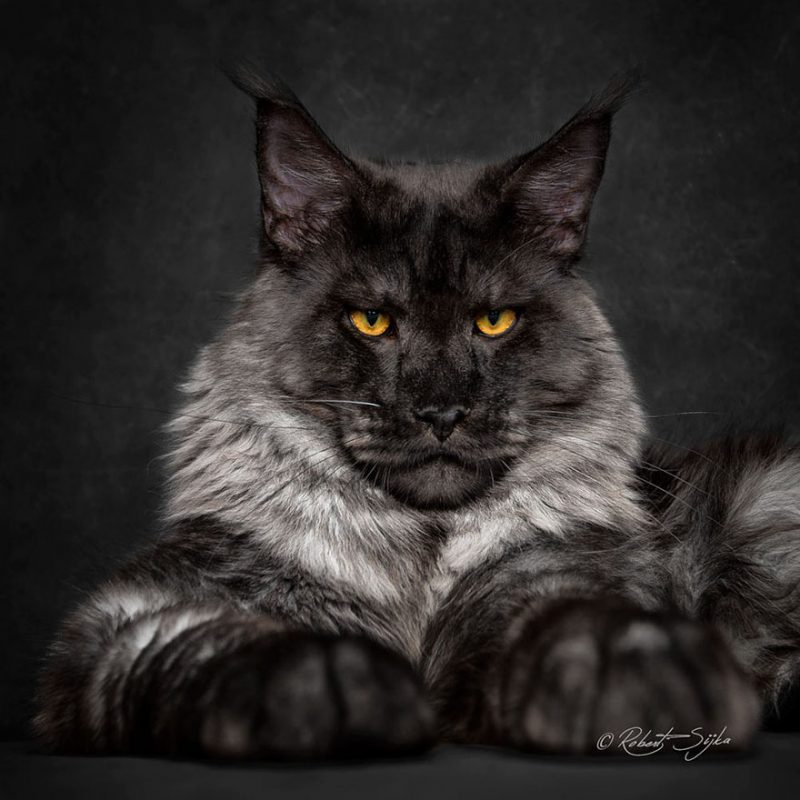 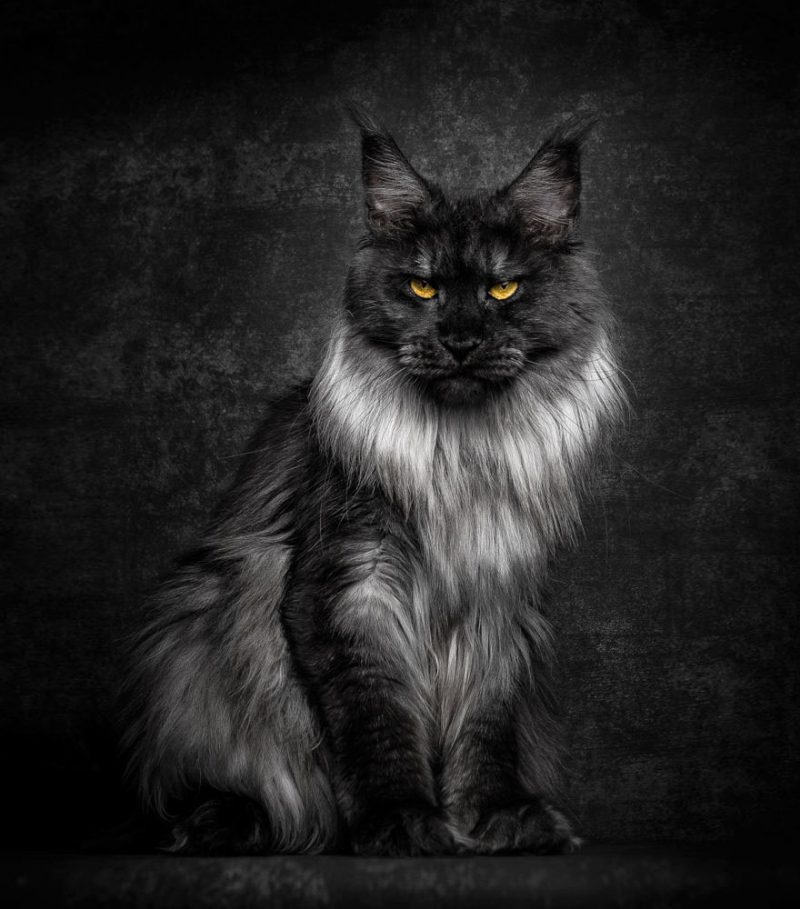 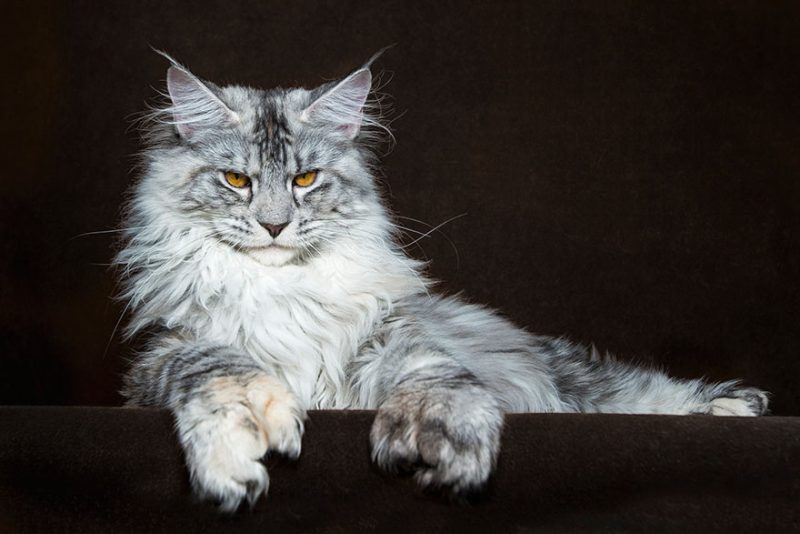 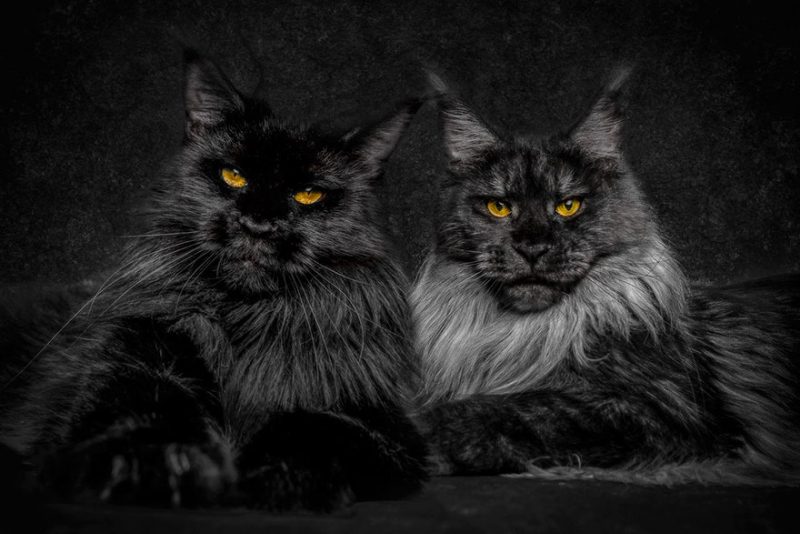 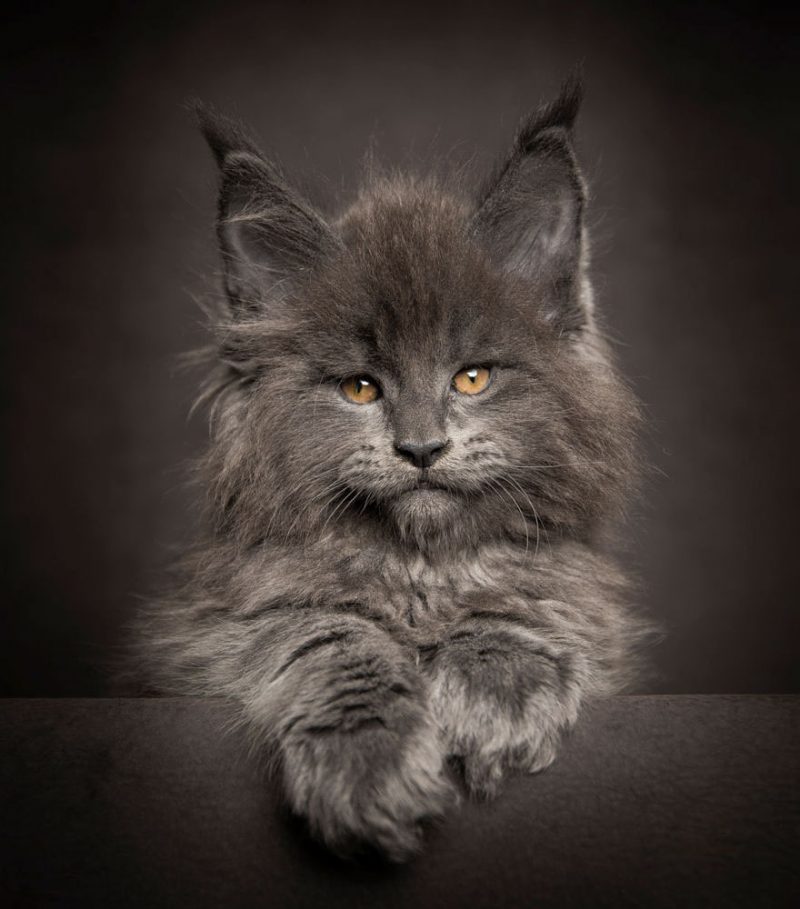 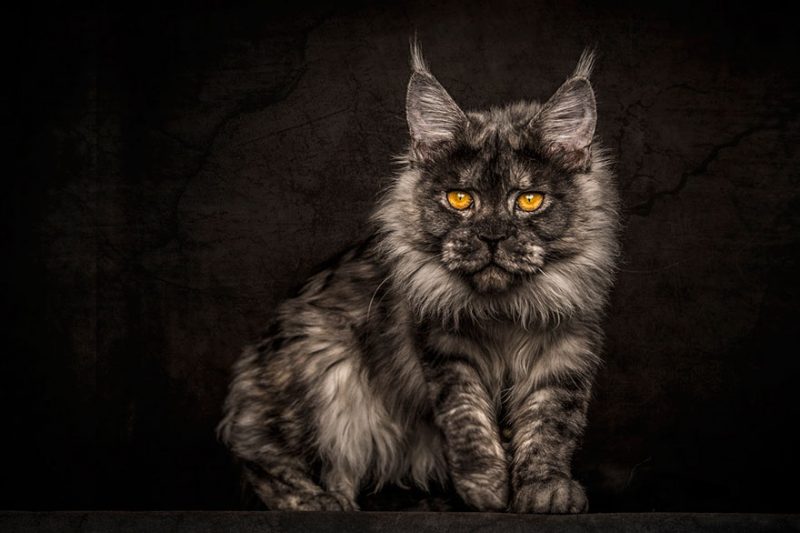 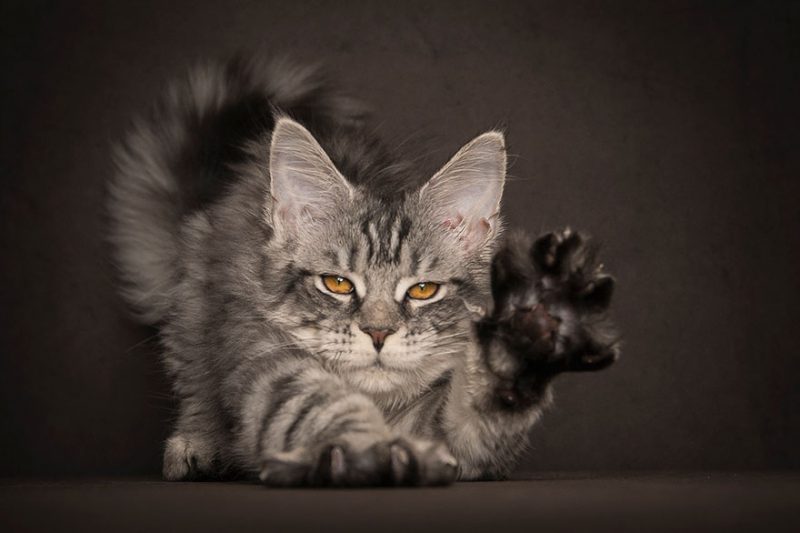 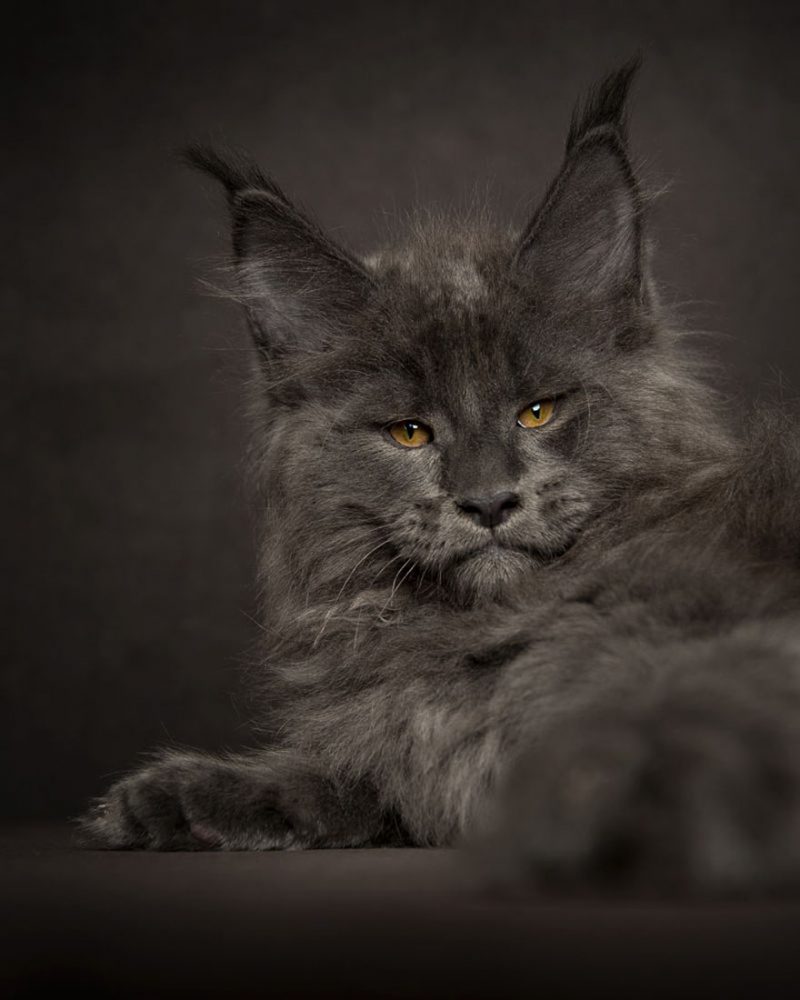 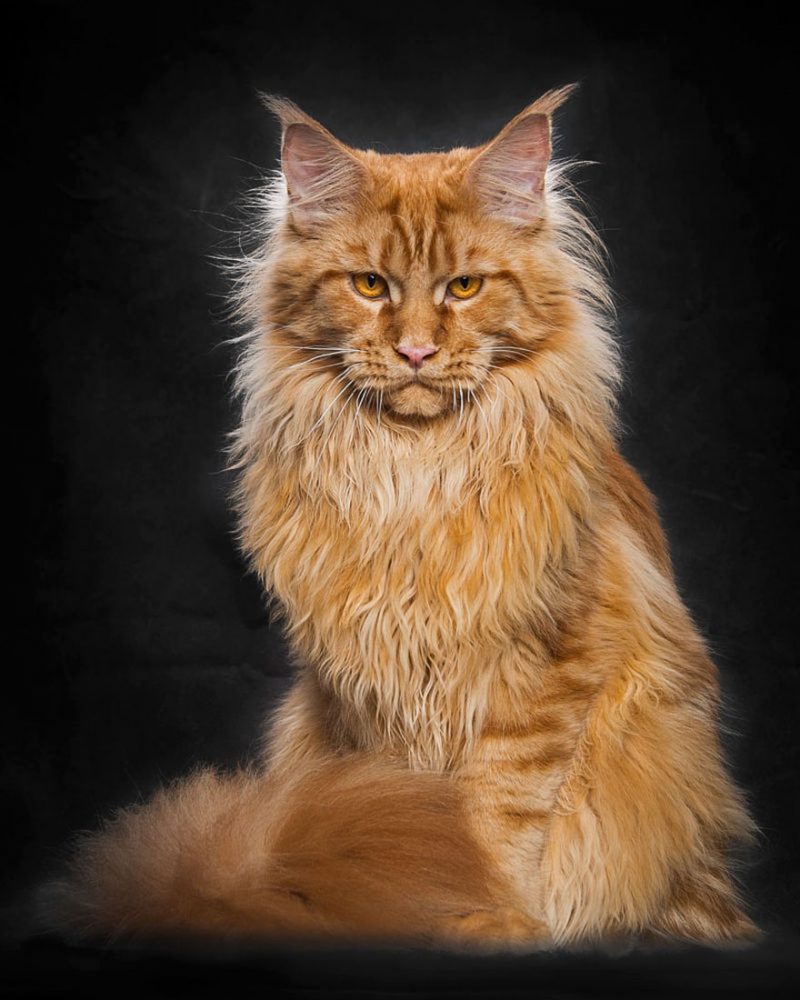 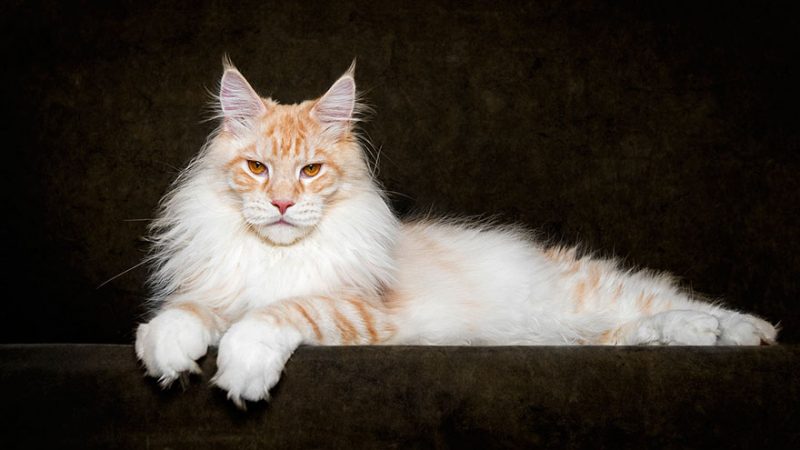 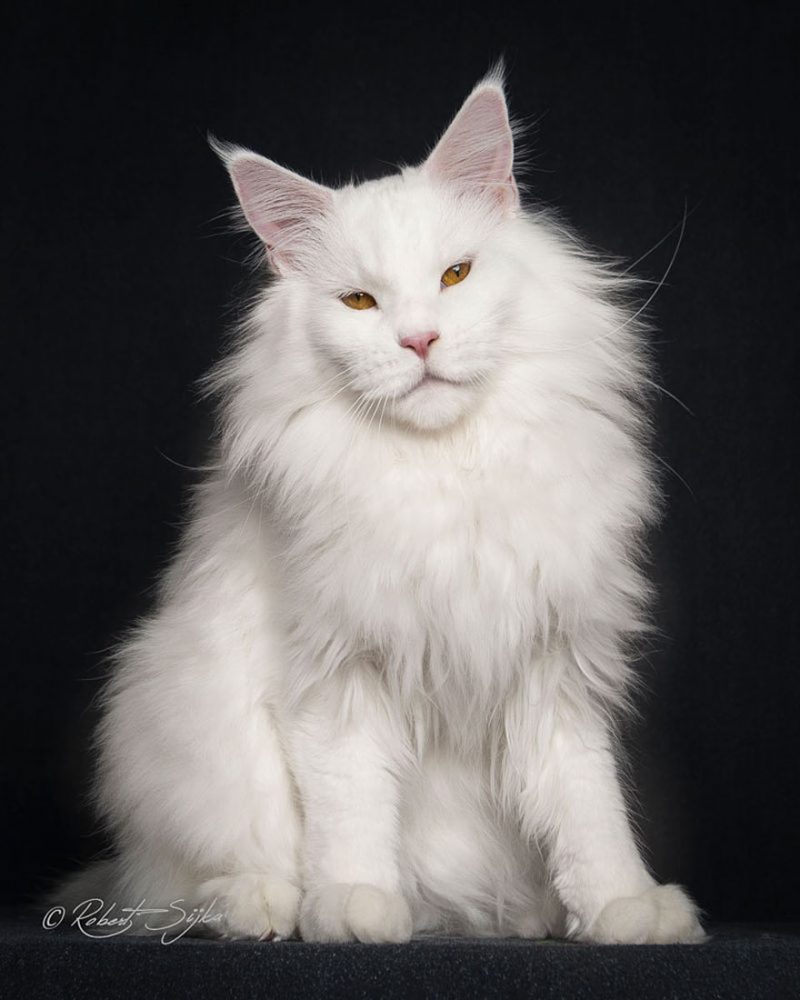 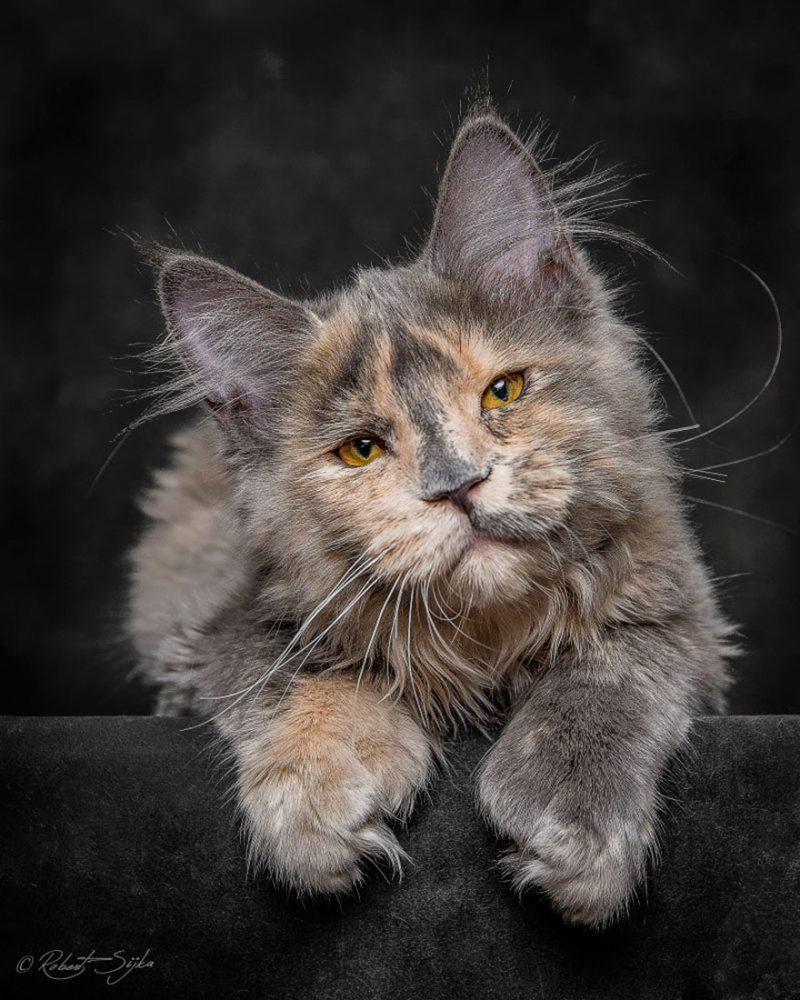